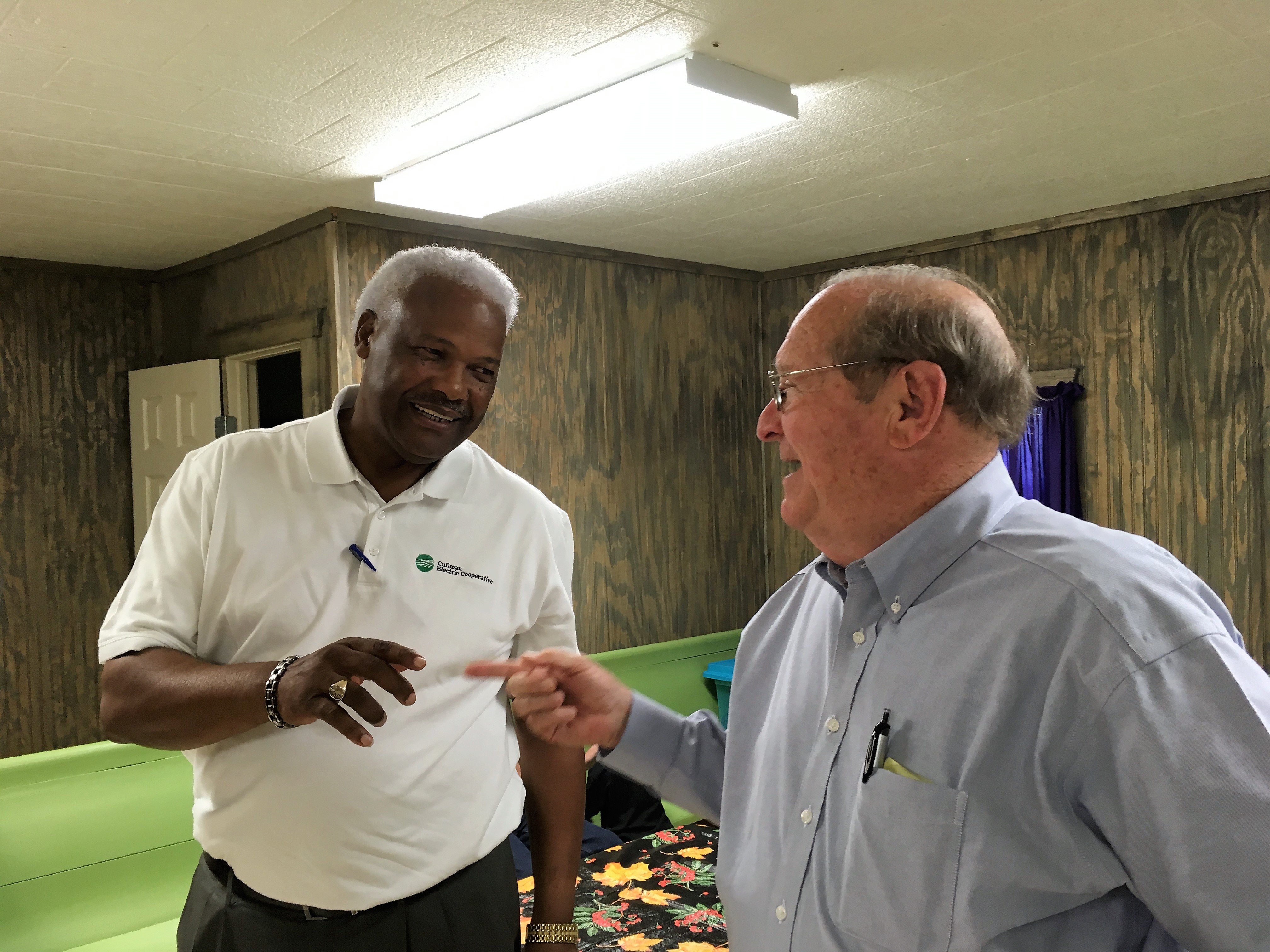 Merrill, who has become a regular fixture in Cullman County, updated the crowd on voter registration efforts.  He and his office can now boast 3,307,477 registered voters out of a population of 4.8 million, a record number which he declared to be “unprecedented and unparalleled in the history of the state.”  In 2016, the state broke all existing records for voter participation.

Merrill also spoke about enforcement of a state law prohibiting crossover voting, noting that 674 people are currently under investigation across the state, four of those in Cullman County, for voting as Democrats in the August special election primary but also voting in the Republican-only September runoff.  Crossover voting is considered a form of voter fraud, and is a class C felony.  Merrill has previously vowed to prosecute violators to the fullest extent of the law.

Dawson, a Birmingham minister with degrees from Samford University and Beeson Divinity School, is a rare candidate.  If elected, he will be the first governor since Fob James with no previous political experience.

“That’s probably where some of you are looking at me and saying, ‘Hey, you’ve been in ministry.  You don’t know anything about politics,’” said Dawson.  “And that’s when I have to remind you, I’ve worked in church for 30 years.  I know politics pretty well!

“I was looking through life through a lens of a biblical world view.  When I say that, please don’t get scared that, if you don’t agree with me in areas of faith, that we can’t get along.  In fact, if you were to think about a biblical world view, it says treat everyone with respect.  That term ‘respect’ means ‘hold in high regard.’”

Speaking of a biography of Fob James he recently read, Dawson told the crowd, “There were three issues he had to address as governor of the state of Alabama: they were roads, prison overcrowding and education.  Ladies and gentlemen, that was 40 years ago, and we’re still dealing with those same issues.  If you keep doing the same thing over and over again, expecting different results, that’s the definition of what?  Insanity.  We keep electing the same people over and over and over again, and expecting different results.  I think it’s time for us to look in the mirror; it’s time for us to turn the page in Alabama politics for a new, fresh perspective.”

“One of the big things that bothers me,” McMillan said, “and that I decided to get into this race: I’ve gone beyond being disappointed with the leadership in Montgomery, and the corruption and everything else that we see there, to being totally disgusted with it.  And I think the people of Alabama deserve better than what we’ve had in leadership.”

“We’ve got to do something about funding in this state; we’ve got to come up with some essential services.  I could talk all night about mental health, all the other areas that we’ve got: Medicaid, corrections that we know about.  But somebody’s got to start addressing those issues.”

Rev. Fields, a Colony native and Birmingham area pastor, was the evening’s only Democratic Party candidate.  He was elected to the Alabama House of Representatives by special election in 2008, and ran unsuccessfully for lieutenant governor in 2014.

“And it’s about a person who is willing to work until the job’s finished.  These children need someone fighting for them.  They need someone who is going to go in there and say, ‘Enough’s enough; the game is over.’

“Alabama is not broke.  Alabama’s just been misplacing your money, your tax dollars.  You vote for us, when we go into office, to sit there and work and get the job done; not to run around all over the state, not to look good for photo ops.  You hire us to do a job for you, and that’s who we are accountable to. And so, that’s what you’re looking for next November.  And that’s what we’ve got to do: we’ve got to send a message for change, to move forward, to take the chance to step out there on faith, and let God do the rest.”