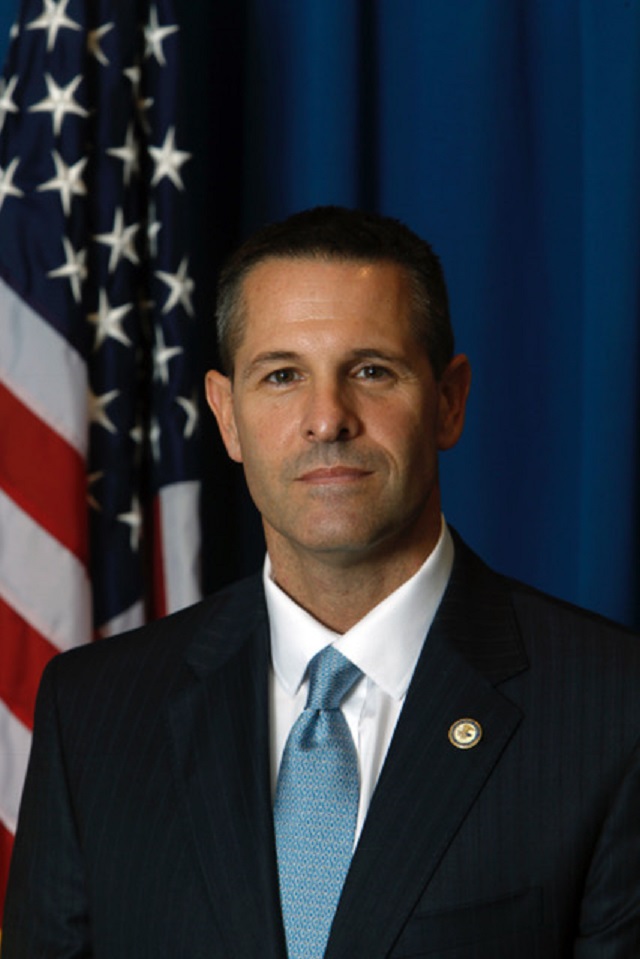 CULLMAN – The latest class of the Cullman County Sheriff’s Office Citizens’ Academy will graduate on Tuesday, Oct. 24 at Temple Baptist Church (30 County Road 1184, Cullman) at 6 p.m.  The guest speaker will be newly-appointed U.S. Attorney for the Northern District of Alabama, Jay E. Town.

"We are glad that Mr. Town is coming to Cullman County and we look forward to having him. He has a long career as being tough on crime," said Sheriff Matt Gentry.

Last Tuesday night, the citizens’ academy had its last class session; the group concluded by visiting some of the darkest corners of the world of law enforcement, with presentations on violent crime, crimes against children, and the investigation of suspicious deaths.

CCSO Lt. Phillip Bray, an Army veteran who took part in the investigation of the 9/11 attack on the United States Pentagon, spoke first about the classifications of violent crime, including:

-Domestic Violence – a pattern of abusive behavior in any relationship, that is used by one partner against another partner to maintain control: physical, sexual, emotional, economic, psychological, threatening, stalking and cyber-stalking

-Sex Crimes – including first-degree rape (forcible compulsion, or against a victim incapable of consent), second-degree rape (statutory), sexual misconduct (without consent but not by force), sexual torture, sex abuse

-Robbery – including first-degree (involving a weapon or serious injury to the victim), second-degree (with help from an accomplice), and third-degree (taking by unarmed force)

-Homicide – causing the death of another person, including criminally negligent homicide (avoidable accident or DUI), manslaughter (reckless behavior, or killing in the “heat of passion”), and murder (intent to kill, or caused by “extreme indifference to human life”)

CCSO Investigator Bethany Shaddrix addressed the class about crimes against children.  After a brief presentation about the stark realities of child abuse and neglect, she offered advice about dealing with suspected victims:

Remain calm/don’t overreact; Always believe the child; Don’t promise the child anything that you can’t control; Reassure and support the child; Report the matter to law enforcement or DHR; Take the child to the hospital, if needed; Don’t press the child to talk; Ask open-ended questions; Don’t blame the child

Shaddrix noted that the vast majority of crimes against children are committed by someone the child knows well.

Bray returned to walk students through the tasks of investigating crimes, debunking a few myths created by crimes scene investigation television shows and explaining how investigators actually process crime scenes.  He covered the various means by which evidence is gathered, and how that evidence is examined.

Afterward, Bray led the students through three case studies from CCSO’s own files.  He told the stories of three area murder victims, and explained how their killers were brought to justice, including displays of crime scene diagrams and investigators’ photographs.

The investigators offered a few resources for victims of crime:

Town is the United States Attorney for the Northern District of Alabama. He was one of the first three U.S. attorneys nominated by President Donald J. Trump.  He was confirmed by the U.S. Senate on Aug. 3, 2017.

Town, a former judge advocate in the U.S. Marine Corps, was a prosecutor in the Madison County District Attorney’s Office from 2005, when he moved to Huntsville, until his confirmation as U.S. attorney.  Town left the district attorney’s office as a senior prosecutor handling a full catalog of crimes, including capital murder, murder, robbery and burglary. Town was instrumental in forming the Madison County Veterans Court, one of the first such diversionary courts in Alabama dedicated to the physical and mental health needs of veterans in the criminal justice system.

Town served in the Marine Corps for 12 years and was honorably discharged in 2008, attaining the rank of Major. Before moving to Alabama, he was outside counsel at a large firm in New Jersey focused on commercial defense of major pharmaceutical, commercial and surety companies involved in litigation with federal agencies.

He has sat on several charitable boards, including the Congressional Medal of Honor Foundation, a national organization promoting educational, patriotic and veterans’ initiatives directed by the living Medal of Honor recipients. He also served as chairman of the Audit Committee, President’s Advisory Group, and was a member of the Foundation’s Executive Committee. He also serves as a director for America’s Warrior Partnership, which is a national organization that empowers communities to empower veterans through community integration.  Town is an original board member of The Bennie Adkins Foundation, which provides scholarships to veterans in Alabama. He also was chairman of the Boys & Girls Clubs of North Alabama for two years and a board member for nearly a decade.

The National Society of the Daughters of the American Revolution awarded Town the Medal of Honor for his many charitable activities.

Town has taught as an adjunct professor at the University of Alabama-Huntsville in the Department of Political Science with the curriculum focused on executive war powers and the Geneva Convention.

Town earned a bachelor’s degree in government and international relations from the University of Notre Dame in 1995 and received his juris doctor from the Seton Hall University School of Law in 1998.