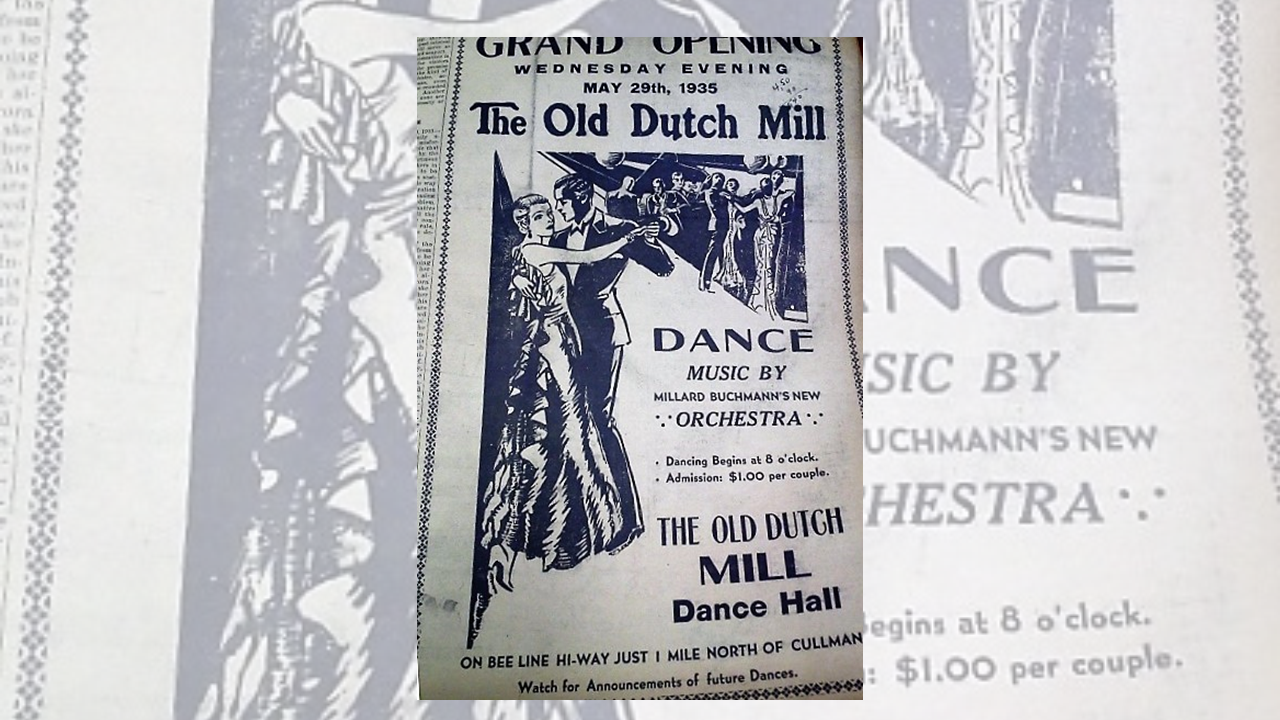 On Wednesday, May 29, 1935, the Old Dutch Mill dance club opened its doors. The dance club was located about a mile north of the city of Cullman on what was then known as the Bee Line Hi-Way and was built in the Dutch architectural style. The grand opening of the Old Dutch Mill featured a dance with music provided by the Millard Buchmann Orchestra. The dance began at 8 p.m., and admission was $1 per couple. The Old Dutch Mill remained popular for many years, but would eventually close.