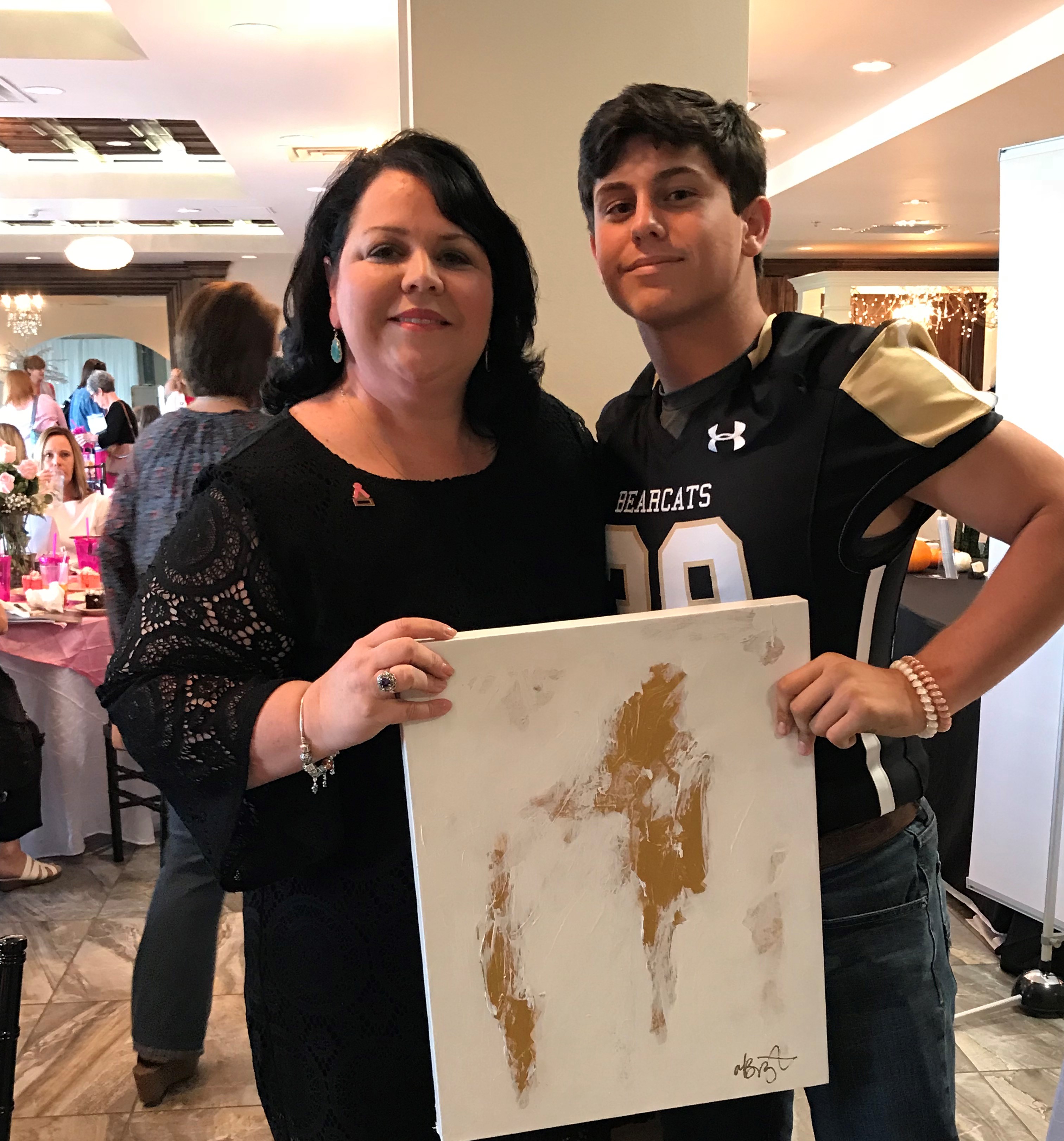 CULLMAN – Cullman Regional hosted its “Think Pink” luncheon recently at Top of the Town in Cullman. In conjunction with breast cancer awareness month, the luncheon provided attendees with information on a variety of women’s issues. Free health screenings including cholesterol, glucose and bone density were available, as well as resources for weight management, skin care, mammograms and many others.

Cullman Regional’s Vice President, Marketing & Public Relations, Lindsey Dorsey wanted to create a fun event for women to get together for fellowship, food and fun, as well as spotlight the many resources available in the Cullman area pertaining to women’s health and wellness.

According to Dossey, “Over 100 women registered for the luncheon and we are thrilled. We want to do more events away from the Cullman Regional campus that are fun yet informative for women. We are excited that so many are here today.”

The luncheon’s guest speaker was Cullman Regional Foundation Executive Director, Maria Stanford, who shared her experience of discovering a lump in her breast at age 33. She is now 13 years cancer-free.

Stanford said, “I don’t have a family history of breast cancer. I was only 33 years old when I received my diagnosis. I hadn’t even started the annual mammograms. I was 33 years old, married to Steve Stanford. We had a 3-year-old daughter, Mary Katherine, and a 1 ½-year-old Jack at the time.”

Stanford gave credit to Jack, now a freshman at Cullman High School, for saving her life in December 2004, saying, “I went to take a nap with my son. I laid down on my left side and my right hand kind of fell to the front of my chest. I felt a knot and I thought, this isn’t right, but went on to sleep with Jack.”

Stanford waited until after the busy holiday season before going to see her doctor. Her first appointment with Dr. Glori Short would take the family on a new course. Stanford was diagnosed with three malignant lesions.

She recalled, “I’ll never forget hearing Dr. Nicholas say, ‘You have breast cancer. You’ll need to see the surgeon right away.’ I ended up floating to the top of the room and not following what he shared from that point forward. I was in shock!”

Stanford had several surgeries before undergoing chemotherapy. The treatments resulted in her going into early menopause. A lymph node dissection revealed that her cancer had spread.

“I remember hearing that I had six positive cancer nodes. Because of having all the lymph nodes taken out, I have a daily battle with lymphedema of my right arm,” said Stanford.

Stanford said she underwent a double mastectomy surgery and radiation treatments that lasted 10 weeks. “I would take the last appointment of the day and would race over from work to see him (Dr. Vincent Karolewics) every day for 10 weeks!”

Stanford kept working throughout her battle. She shared, “It allowed me to somewhat control things professionally because everything in my personal life was out of control.”

She credits her family, friends and faith for always being there for her and the family during the long ninth months that the Stanfords focused on Maria’s battle.

Stanford fought back tears as she spoke of actions she took just in case.

“I wrote notes to my children, so they would have letters at different stages in their lives and even went to Monograms Plus and purchased items that Margaret Hamm was to give to the children, should something happen to me.”

As she thought her battle was coming to an end, Stanford went through genetic testing at UAB that revealed that she was BRAC 1 and 2 positive making ovarian cancer her next obstacle. Again, the holidays were upon them, so she waited. So, a year after the first cancer diagnosis, Stanford was facing another surgery. A visit to Dr. Short showed ovarian cysts and Maria would need a complete hysterectomy.

She said, “My body went through so much in a year. My spirit wasn’t broken, just slightly bruised. I had the power of prayer and a family who loved me unconditionally. I had an army of work friends supporting me and a community who lifted me up.”

Stanford recommended to everyone, “If you know of someone with cancer and you don’t know what to do, just do something kind! Some need a meal, a ride to an appointment, a card, a visit or simply a prayer.”

She encourages everyone to:

1)Take time out of the beginning of each month and do an exam in the shower. Men should be checking too.

2) Make sure you are having your annual mammogram.

3) Follow up with a physician if you find something abnormal.