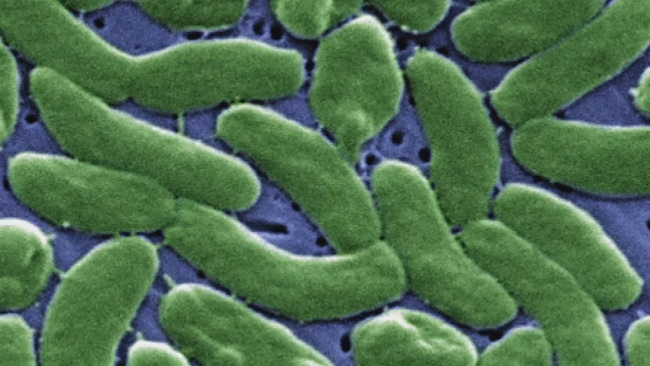 "Gibbs, who oversees the Infectious Disease and Control Department, said one case was from an individual who consumed raw oysters in another state and the other two cases were due to exposure to open wounds in area waters.

"Officials say the latter two cases happened during the month of June; one in the Mississippi Sound and the other was on Dauphin Island. They say all three cases are 'mild cases.'"

Many harmful organisms lurk in lakes, rivers, along the coast and in other bodies of water. Some bacteria may lead to destructive soft-tissue infections and other illnesses, the Alabama Department of Public Health (ADPH) cautions.

“Most soft-tissue infections occur with either injury or with conditions such as poorly controlled diabetes or low immunity. However, sometimes otherwise healthy people can develop a skin infection after skin injury and being exposed to natural bodies of water. Some bacteria can cause more severe infections than others,” said Dr. Karen Landers, Assistant State Health Officer, ADPH.

In brackish and warm salt water such as bay or gulf waters, Vibrio bacteria occur naturally. These bacteria can cause disease in people who eat contaminated seafood and in those with open wounds that are exposed to seawater. While there are numerous infections every year, a small number of people develop serious or sometimes fatal infections.

Dr. Landers cautions the public to be aware of the risks involved in bodies of water. “If you have open wounds, cuts, abrasions and sores, stay out of the water. Persons with low immune systems, cancer, diabetes, liver disease, and other chronic conditions should avoid eating raw or undercooked seafood, especially oysters.”

Vibrio bacteria can enter the body through a break in the skin or by consuming contaminated seafood. If a person gets a cut while in the water, immediately wash the wound with soap and fresh water. If the wound shows any signs of infection (redness, pain or swelling) or if the cut is deep, get medical attention immediately.

Vibrio illness symptoms may include diarrhea, vomiting, abdominal pain, chills, fever, shock, skin lesions and wound infections. In someone with a compromised immune system, the bacteria can infect the bloodstream and may result in death. With Vibrio skin infections, surgery may be necessary. For all cases of Vibrio, it is important to begin treatment immediately because early medical care and antibiotics improve survival.

The Centers for Disease Control and Prevention estimates that each year in the United States 80,000 people become sick with vibriosis, and 100 people die from their infection. During the past 12 months (as of July 6, 2017), ADPH has conducted 33 investigations and reported 30 cases of vibriosis in Alabama.

Learn more about vibrio illness at www.cdc.gov/vibrio and below:

Vibrio Flier by cullmansense on Scribd