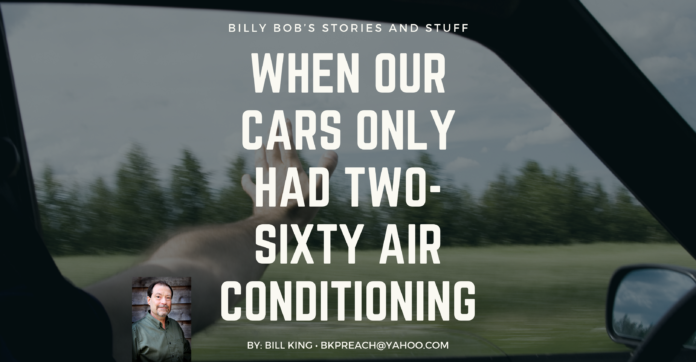 I have a serious problem. Well, serious might be an overstatement, but it is as least an uncomfortable situation. I live in the deep-south, summer has arrived, and my home’s air-conditioner keeps going out. The breaker keeps tripping. The first time this happened, I didn’t realize the problem. A few weeks ago the unit wasn’t cooling, so I called my heating and cooling technician. He had to add a couple of pounds of Freon, so when it stopped again, I assumed it must be low again. I feared I might have a leak, which is usually not a good thing. I was so embarrassed when he came out, only to flip a breaker. At least I have never called an electrician when a light bulb burned out!

I’m not sure if my a/c unit actually has a problem or if the breaker has gone bad. If it is the latter, I guess that would mean my breaker is broken. I think I would prefer that the breaker be broken, rather than the unit, because a broken unit might break me – or flip my breaker!

Anyway, what I do know is the heat and humidity down here are so high that not having a/c can bring on much pain and suffering, maybe even suffocation. I don’t think I’m going to die from the heat, but I will confess, I have adapted quite well to air conditioning.

I remember the days when the only people who had air-conditioning were the rich and famous…well, and Ken Smith’s family. My family was neither rich nor famous, so the closest thing we had to a/c was a large window fan.

Back in those days churches had funeral home fans instead of air-conditioners. Some motels, theatres and restaurants were air-conditioned. They had red neon lights hanging in their windows advertising air-conditioning. Theatres had “vacancy/no vacancy signs” and “air-conditioned signs.” That increased business in the summer. When I was a kid, I would have paid money to spend the night in a cool air-conditioned motel room – if I had had any money – if we had had a motel.

Our theatre in downtown Rainsville did not have air conditioning because it was a drive-in theatre. About the best you could do was roll down all the windows and bring along a few funeral home fans, or maybe use your bingo cards for fans. We could have run the a/c in our car but all it had was two-sixty a/c. What? You’ve never heard of two-sixty air-conditioning? That’s what we called rolling down two windows and going sixty miles-per-hour. There is any number of variations of this type air-conditioning. You may have one-sixty, three-forty, four-fifty-five, and, well you get the point. For maximum a/c, you could have four-eighty, but you could also get a speeding ticket. Some cars even had little vent windows you could open up. In the late sixties, Chevrolet came out with something called “astro-ventilation” in some of their cars. This was not air conditioning but those cars had vents, like air-conditioning, that air blew through but it was not cooled air. It worked about as well as two-sixty air-conditioning! Either way, it was little more than hot air blowing in your face.

Occasionally, I love to turn off my a/c, roll down the windows, and even let back the sunroof and pretend its 1970 something. The fresh air feels good, especially early in the morning before the temperature has reached broiling. I’m not quite ready to go back to two-sixty a/c, or funeral home fans, on a permanent basis, so I need to give thanks for the modern luxuries that we tend to view as necessities.