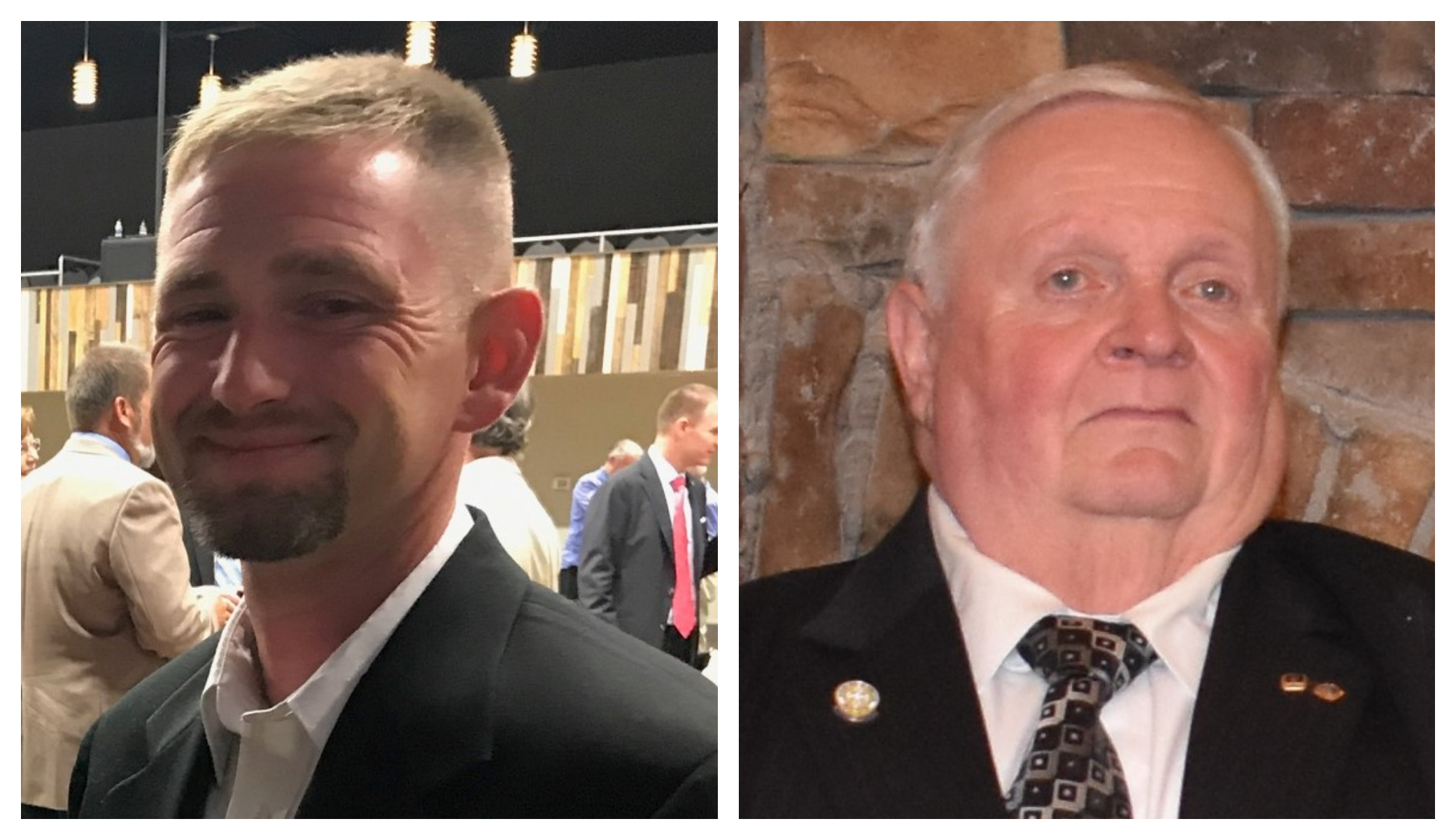 CULLMAN COUNTY – Thanks in large part to Republican domination of local politics and a lack of candidates coming forward from the Democratic Party, all but one of the Cullman area’s available political seats were filled at the primary/runoff stage.  The only local contest yet to be decided is that for Cullman County Coroner, in which first-term incumbent Republican Jeremy L. Kilpatrick is being challenged by Democrat and former longtime coroner Gary Murphree.

Kilpatrick is a 2001 graduate of Hartselle high School who served 12 years in the U.S. Army, most of that as a military policeman.  He is married with six children, attends Temple Baptist Church and is an EMT with the Battleground Volunteer Fire Department. He is a member of the Wallace State Community College EMS Advisory Board and the Alabama State Mortuary Operations Response Team.

Murphree is a Cullman native and Cullman High School graduate who has worked for Moss Service Funeral Home for almost 47 years and has served as a reserve officer for the Cullman Police Department for more than 37 years.  He has three living children, four grandchildren and one great grandchild. He began serving as acting coroner under then Coroner David Moss in 1972 and worked under Coroner Douglas “Rocky” Terry before being elected to four terms as Cullman County Coroner.

The Tribune spoke with both candidates, asking the same questions of each:

What qualifies you for the office?

“I do have a background in military law enforcement.  I was an MP for seven years out of my 12 years in the military.  I’ve been in EMS since 2005. I’ve got a 40-hour crime scene investigation class through Texas A&M.  I’ve got all my NIMS classes.

“I’m also a member of the SMORT, which is the State Mortuary Response Team.  SMORT has got assets stationed throughout the state, but it’s basically headquartered out of Cullman County.”

NIMS is the National Incident Management System, and ICS is the Incident Command System, a nationally standardized plan for responding to incident scenes.  Kilpatrick indicated that his NIMS coursework included introductions to NIMS and ICS, incident supervision within ICS, intermediate and advanced ICS operations and the National Response Framework.

“My education: I have been a student of Dr. Henry Lee, world-famous forensic investigator, Dr. Bass, the inventor of the Body Farm at University of Tennessee.  I have been trained by the Alabama Department of Forensic Science for about the last 18 years at a conference.

Murphree went to work for Moss in 1972 and worked under him and Terry until his own election to the first of his four terms as coroner, a position he held until 2010.

Murphree continued, “And, when I started, we didn’t have forensic labs like we do now.  We had doctors that came to the funeral home to do the autopsy, and it was the coroner’s responsibility to assist them. And I usually, when I was working for David and Rocky, I usually ended up being the assistant to the forensic pathologist who was doing the autopsy, so I learned a lot there.

What in your prior experience prepares you for the job now?

“Trying to be proactive and point out preventable deaths that I have pointed out over the last three and a half years, realizing patterns of death and trying to get the word out about what deaths that could possibly be prevented.”

“You know, all of those years as acting coroner and my 16 years as coroner; I personally estimate that I’ve handled more coroner cases than anybody in Alabama.

“I have been to continuing education classes for about the last 20 years.  The State of Alabama does require continuing education, now. I am certified and have been since the law was passed, and I’ve kept up my certification, even though I haven’t been coroner for the last two terms.  I did not stop studying; I still study coroner’s work.”

What do you hope to see happen in the coroner’s office over the next four years?

“I hope to see some of the drug overdose and suicide death decrease, and possibly some accreditation for the coroner’s office–a national accreditation.  It would definitely solidify that I know what I’m doing, and make the county look good.”

Kilpatrick described the accreditation from the International Association of Coroners and Medical Examiners, which helps local offices ensure that they operate in compliance with international standards in the field.

“Make sure you get out and vote,” said Kilpatrick. “Thank you. I appreciate your support and vote.”

“I have a plan that I have–I can’t go into it–but I want to attack the problems we have with drug overdose and suicides.  And I have a plan to work with the mental health people here in Cullman. I know that we’ve had several start-up plans in the last year or two, and I would like to work with them and assist them in coming up with some ways to eliminate some of the drug overdoses and suicides that we have.”

“And I got that information from John Merrill, Alabama secretary of state.  And it’s on his website, and it’s also in Alabama Code Title 17, and it’s there for anybody to look at that wants to.

(a) No person shall be eligible to hold the office of coroner unless he or she meets the following qualifications:

(1) Is a citizen of the United States.

(4) Has attained the age of 25 years prior to the date of the general primary election in the year that he or she qualifies for election to the office.

(5) Has obtained a high school diploma or its recognized equivalent.

(6) Has not been convicted of a felony offense or any offense involving moral turpitude contrary to the laws of Alabama, or any other state, or the United States.

(7) Has successfully completed the next scheduled training course no longer than 180 days after his or her election or appointment, unless an affidavit affirms that the requirement of this subdivision has been met at the time of qualifying for the office.