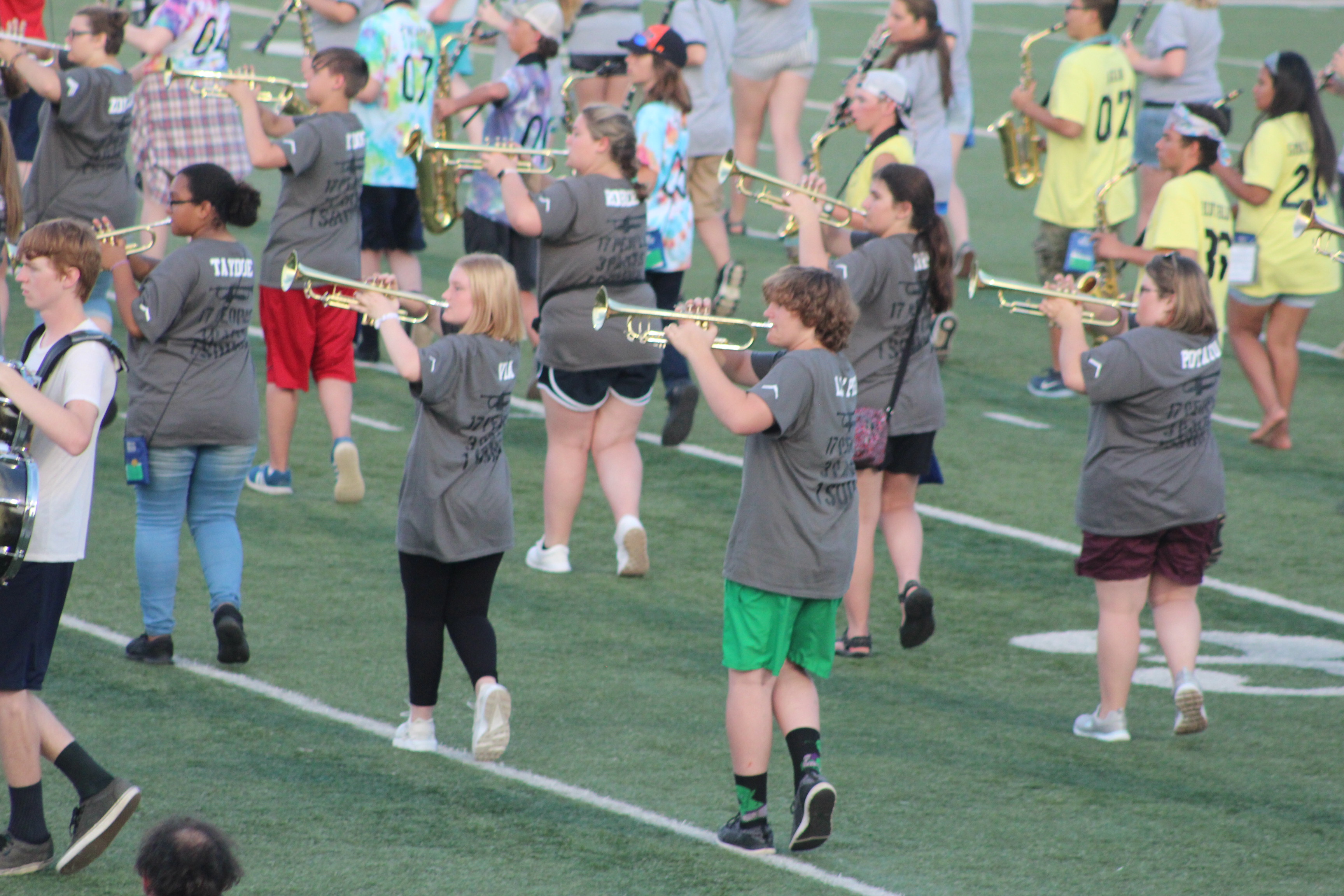 Members of the Cullman Bearcat Band march during the band’s end of band camp show Friday night. (Christy Perry for The Tribune)

CULLMAN – The Cullman High School Bearcat marching band wrapped up band camp Friday night with a preview of its 2018 halftime show for the community. A large crowd came out to support the students who have worked so very hard over the last few weeks.

The band began in block formation and demonstrated its ability to follow commands and the variety of marching steps involved in marching band. The block formation drills teach marching fundamentals that must be learned before performing in halftime shows and parades.

This year’s halftime show is titled “Reflections of our World.” The band performed the opening song, “Earth Song,” which featured solos by trombone section leader Avery Barnett and trumpet section leader AJ Wood. The strong visuals provided by the color guard, dance team and majorettes were stunning, judging by the crowd’s reaction.

The band then treated the crowd with a few of its favorite stand tunes including “Land of 1,000 Dances,” “Jig,” “Ghostbusters” and the fan favorite “Hey Baby!”

Also in attendance, CHS Head Football Coach Matt Plunkett and the 2018 CHS football team. They gave a standing ovation and displayed tremendous support for the band and its efforts.

The band concluded with a lively “Go Cats Go” and “Victory March” to get everyone excited for a great football and marching season.

After the performance, both bands, along with the football team and guests, enjoyed an ice cream social hosted by the Cullman Band Boosters. The bands and band boosters are currently selling the 2018 Bearcat Band Cards for $10 to raise money for the band programs. For more information, visit www.cullmanband.com.