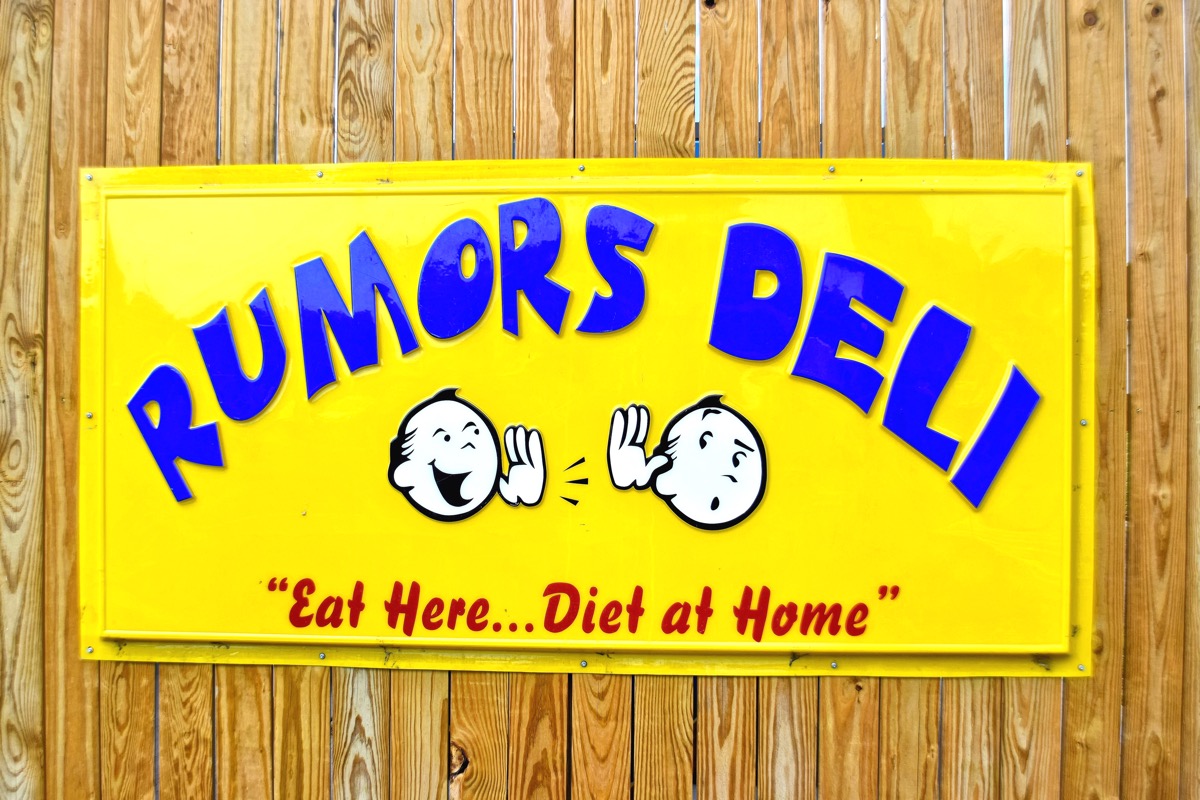 CULLMAN – After having to close down, pack up, move out and relocate, and after having to go through a property renovation project that took two tries just to get past the City of Cullman Planning Commission, Rumors Deli can definitely say, “We’re back,” and then some.  For the second year in a row, owner Annette Harris has received word that her iconic eatery will be named a “Retailer of the Year” by the Alabama Retail Association (ARA).

ARA Manager of Communications and Engagement Melissa Warnke said in a statement:

Rumor’s Deli of Cullman has been selected as a Retailer of the Year in the Alabama Retail Association’s annual awards program. The beloved Cullman eatery has won a gold, silver, or bronze award in their sales category – which will be announced at the 2018 Alabama Retail Day and Awards Luncheon on October 16, in Birmingham.

An independent panel of judges reviewed and selected the winners which reflect the breadth of the retail industry in the state of Alabama, including restaurants, clothing stores, pharmacies, jewelers, and grocery stores. Rumors is one of 13 winners in 4 categories, based on annual sales volume, from a pool of nearly 100 nominees. Other finalists are from Albertville, Auburn, Birmingham, Dadeville, Fairhope, Jasper, Montgomery, Orange Beach and Tuscaloosa.

The is the second year in a row that Rumor’s has been a winning finalist in the statewide awards program. Judges noted that Rumor’s successful move to a renovated location was impressive, including the added menu items, pick-up window, parking, expanded seating and retail offerings.

“You can feel the enthusiasm Annette has for her business,” said one judge. Another added, “You can easily sense their passion for what they do and how they do it. It’s undeniable.”

“Alabama Retail will visit Rumor’s Deli in August for a special photoshoot and video production,” said Warnke. “Annette’s fun and outgoing personality was so memorable during our photo shoot last year, and we look forward to showcasing her and her business again this year.”

The Alabama Retailer of the Year awards program, started in 1999, honors outstanding retailers who have demonstrated growth, innovation and a commitment to their respective communities.

On Friday, Harris told The Tribune that business has increased in every positive statistic since Rumors moved to its new location near the intersection of Main Avenue Southwest and U.S. Highway 278.  A new pick-up window has increased carry-out orders, the menu has been expanded with new items and the restaurant is hiring to keep up with growing demand.

Harris talked about getting the news that Rumors had once again been named a finalist:

“I was pretty excited.  And I was really not expecting it, because I got it last year, you know, and I knew that I had been nominated, and I was like, ‘Well, that’s an honor just to even be considered for it.’  And I just thought, ‘Well, you know, that’s cool.’

“I went ahead and did the social media thing, that you put it on Facebook and share.  And that was neat, because it makes me feel good that people had all positive things to say: ‘You deserve it,’ ‘You have a beautiful place,’ ‘It’s well-deserved’ and just all these nice things you hear.  That’s worth it just for that.

“We had that going on, and I really didn’t think about it, because there’s others here in Cullman that were nominated and there’s a lot of nominees in general.  So I thought, ‘Well, I won it last year. What are my chances this year?’ You know, I haven’t really been in this spot but three months, and even though we’ve shown growth, is it enough to even push us to win?

“So when I got word that I did actually win, it just kind of put me over the top, because it has been a very rough road from when we closed, just getting this ready, because it has been such a big project.  And nothing ever goes as planned, you know, nothing! But you know, it’s kind of like this is just what I needed to keep encouraging me, and so that I could encourage my employees; because, you know, it was so rough: breaking everything down after 17 years, getting rid of stuff, packing stuff, storing it and moving it from one warehouse to another.  Then I was up here every day during the construction, just making sure that it was exactly what it needed to be and working with all these guys who are so good to me.

“It was very rough just getting through it, and then when we opened, it was overwhelming, because I never dreamed that we would have the response of opening back up.  We were overwhelmed with people who didn’t even know we existed. So we’ve been open for 18 years now, and so, just getting over here and opening up, it’s kind of like everything just flew by all at once, and here we are.  And then, to get that award, that was just the icing on the cake for me.”

Rumors is guaranteed to win one of three Retailer of the Year awards.  The specific award will be announced on Oct. 16.

Jasper-based Lavish Boutique, which will soon open a new location in Cullman’s Warehouse District, was also named as a finalist by the ARA. In a separately issued statement, Warnke wrote:

Lavish Boutique in Jasper, owned by Dustin and Shannon Beaty, is also a winning finalist. They are in a different category than Rumors, based on annual sales volume. They will find out their award level, either bronze, silver or gold, on Oct. 16 during the Alabama Retail Day Celebration and Awards Luncheon.

The judges said about Lavish, “There is so much heart and passion in this business! They’ve shown impressive expansion and promotion of the retailing industry.”

Lavish will open (its) location in Cullman in August.