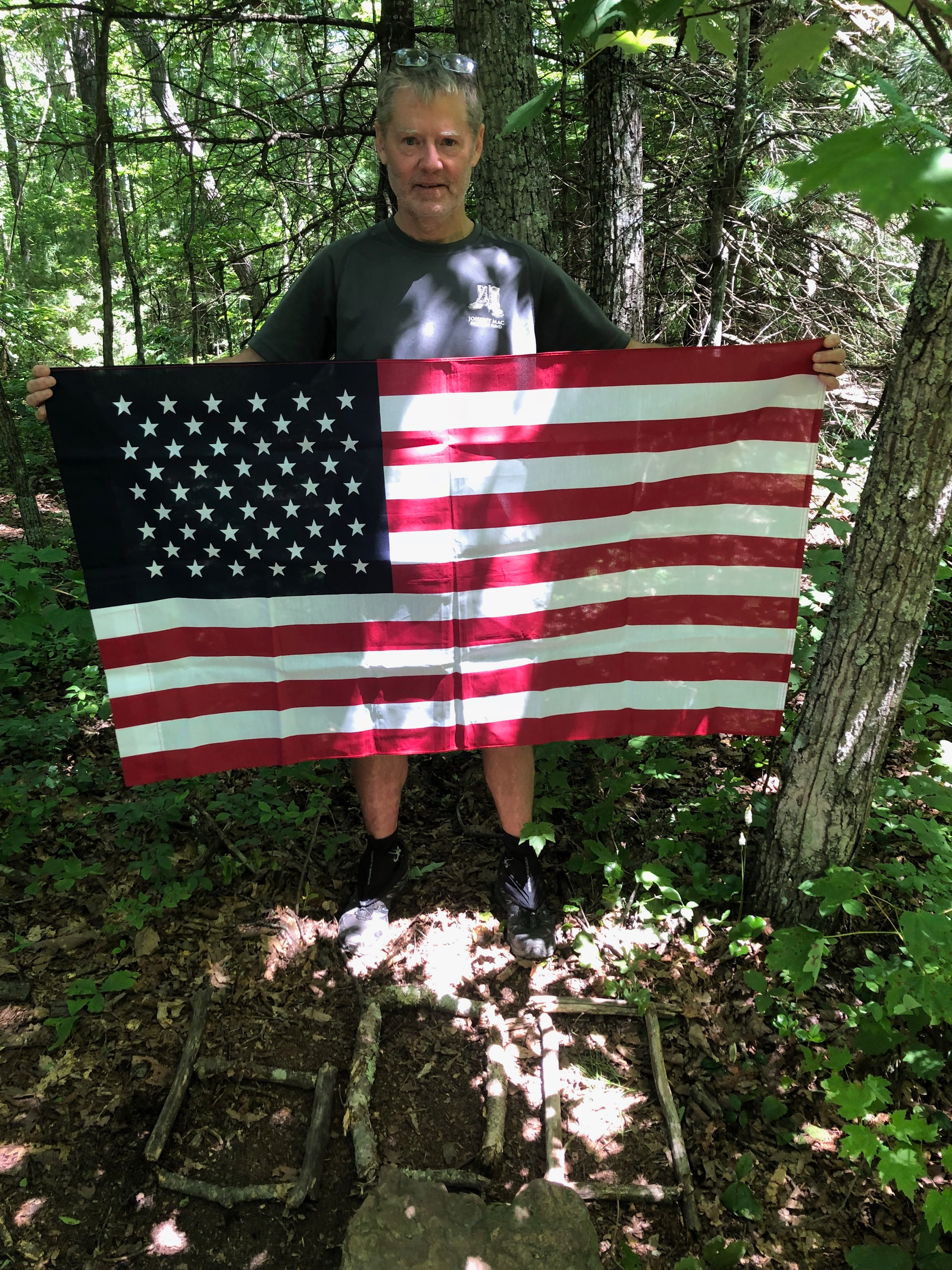 FAIRVIEW – Retired U.S. Army Col. Donald Fallin, who is hiking the Appalachian Trail from north Georgia to Maine to raise awareness and funds for the Johnny Mac Fund to support the education of children of fallen warriors, reached the 600-mile mark on the afternoon of Monday, June 4.  From the trail, he texted The Tribune the above photo.

Fallin completed 66 miles in the week since he returned to the trail after coming home to Fairview Memorial Day weekend for his nephew’s graduation.

The Johnny Mac Fund was named for Col. John McHugh, who was killed by a suicide bomber in Afghanistan on May 18, 2010.  The West Point graduate and Army aviator left behind five children, who were aided in obtaining educations through a fundraising effort that became the Johnny Mac Fund.

While he was home, Fallin told The Tribune about his journey, “So the thing that, I guess, resonates with me personally is it’s the opportunity to help those folks, because I think education is the most important investment we can do in our country, because if you invest in our children and our citizens, then the return on that investment can’t be measured.  You can’t put a dollar amount on it.

“You know, education is the one thing that no one can take from you, and it just opens up the doors for the opportunities to live the American dream that we all strive for.”

The Tribune will be keeping up with Fallin until the completion of his hike, which is currently planned for late September.

Fallin has established a crowdfunding campaign through Gofundme.com subsidiary Crowdrise for anyone who wishes to contribute to the Johnny Mac Soldiers Fund.  Johnny Mac is a 501(c)(3) nonprofit, and donations are tax deductible. To contribute or find out more, visit www.crowdrise.com/o/en/campaign/dons-appalachian-trail-hike-for-the-johnny-mac-soldiers-fund/donaldfallin. So far, Fallin has raised right at $8,000.