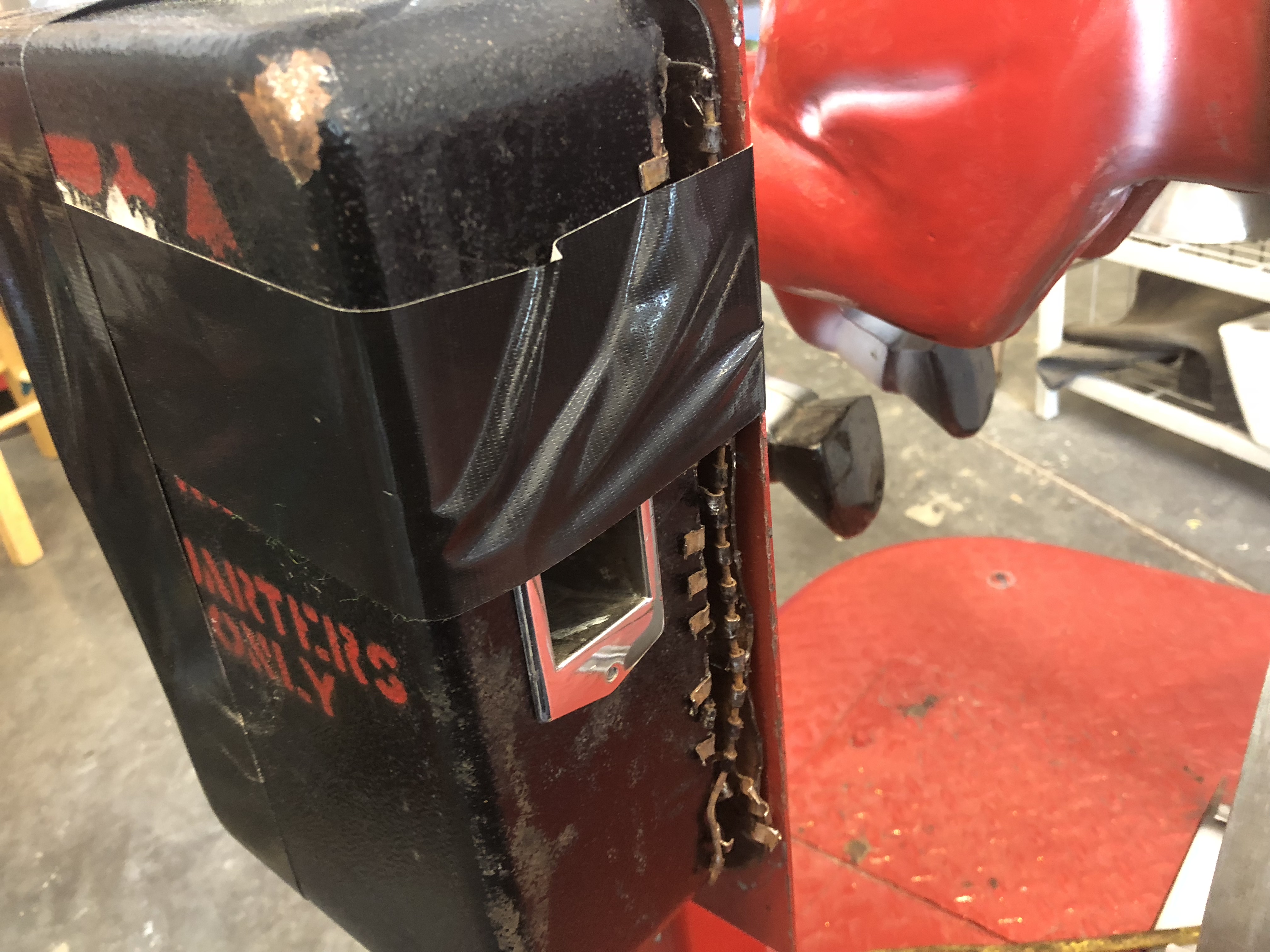 Cullman County Parks and Recreation Director Doug Davenport on Friday morning said that the two suspects arrived at the park after hours on a motorcycle before spending nearly a half-hour to break into the machine.

“It happened Wednesday morning around 2:55 a.m. They (suspects) were riding what looked like a crotch rocket motorcycle that is white or gray in color. Two people (were) riding it before they parked around behind the office,” Davenport said. “They were working on the coin-operated horse ride for 20 minutes. After trying to drill the lock out, with no success, they used something to pry off the door into the change box, stealing all money along with the money box.”

The cost to fix the mechanical horse, which was purchased a little more than year ago, will set County Parks and Recreation back roughly $1,000, using spare parts, according to Davenport.

The suspects then focused their attention on a Dr. Pepper machine, which is positioned close to the putt-putt golf area, with no luck.

“They never got into the Pepsi machine but did mess it up, so that it’s out of order,” he said.

When asked about tighter security measures, Davenport stated, “A City officer did a drive through into the park and the (suspects) saw him. They immediately left in a hurry but he didn’t know what was was going on at the time.”

In a little more than a year, both Sportsman Lake and Smith Lake Parks have been vandalized, including incidents of arson, which is putting a financial burden onto the parks system and taking away elements of the park that visitors enjoy.

“Over the past 12-18 months we have had picnic tables set on fire, paddle boats burnt, paper towels and tissue dispensers torn off wall and busted, signs stolen, spraying (graffiti) on walls, a motorcycle doing burn outs in the bathrooms that had to be cleaned and repainted, doors busted in bathroom stalls and vandalism to splashpads multiple times,” he said. “When you add the labor and materials, probably $10-$15,000 that could have been used for other improvements to the park.”

When asked about increasing patrols in the areas, Davenport stated that his department has inquired with both the Cullman County Sheriff’s Office and Cullman Police Department, along with looking at automatic gates to be placed at both parks’ entrances.

“We have been working with the County and the City to try to do more drive throughs. I’ve been wanting to have time control-accessed gates at Sportsman Lake and Smith Lake, but the cost is around $25-$28,000,” he stated.

Davenport is asking the public to report anyone at the park after 10 p.m. to the police department. The only exception is for those visitors who are camping on the grounds.

“We just need the public’s help with the vandalism. Sometimes people say, ‘I’d just take those items out’ or ‘not replace them and not give them anything to do maybe then they stop vandalizing the park,’ but we can’t let a few people control or dictate our family parks that we love and are very proud of for our hometown,” he said. “There’s a lot that we would like to bring to the parks for our community, but things like this slow that down, as it takes away from your budget to do repairs.”

Anyone with any information regarding the recent vandalism and theft is asked to contact the Cullman Police Department at 256-734-1434 or Cullman County Sheriff’s Office at 256-734-0342.