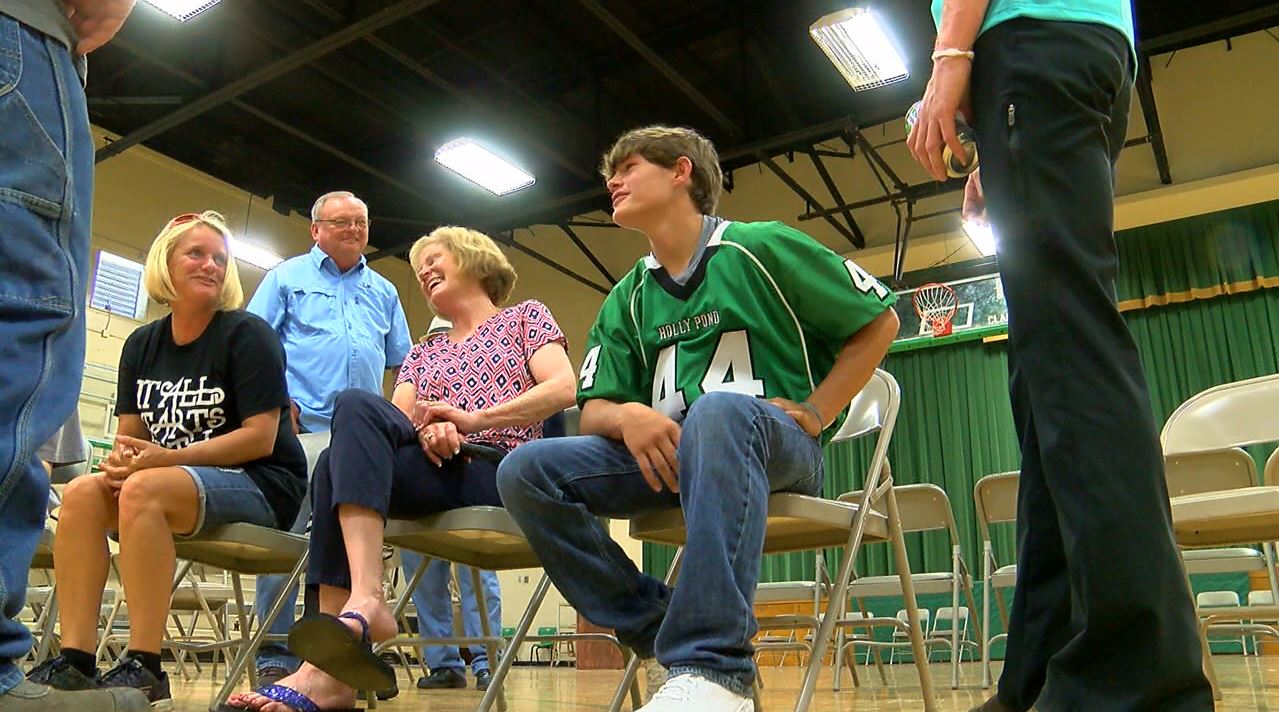 HOLLY POND – The word "courage" can mean different things to different people. For some, it means doing something difficult or frightening despite being afraid, like a super hero coming to save the day; for others, it's doing what you need to do even when everything in the world is trying to stop you, like a cancer survivor just trying to stay alive. For the family of Holly Pond Middle School, courage takes the form of two students and a teacher, whom they honored Friday morning as part of their annual Awards Day program.

The other student recognized was 14-year-old Dayden Floyd, who recently became known as a hero for saving a younger kid from drowning at Guntersville Dam. On Mother’s Day, he and his family were fishing on Lake Guntersville. Floyd was fishing by the dam when he heard the sirens that signaled the turbines being activated. The rising water level pulled in the younger child, who didn't know how to swim and had been lingering by the water's edge.

He recounted, "I ran and got in the water, and I tried to start pulling him back in but it kept pushing me and him farther and farther out. Somehow, we just got back, by the grace of God I guess." Both he and the younger child were unharmed.

"I just remember Dayden turning around and he was struggling," said his mother, Brandy Floyd.

"After he got out you could tell he was scared.  But I don't know if it ever crossed his mind. He just did, what I would want somebody to do for him," said Derek Floyd, his father.

Cydni Hayes, a Holly Pond student, suffered through a long battle with leukemia. Despite all the pain, sickness, and effects of her treatment, she never gave up, and she ultimately prevailed. The courage it took for her to push through the suffering was honored at the ceremony, but she herself was unfortunately absent.

Science teacher Susie Creel was also recognized and awarded for her brave efforts to save a student from choking. Her quick thinking and execution of the Heimlich maneuver saved the student, and even though the event happened a few years ago, the faculty felt it appropriate to honor her now.