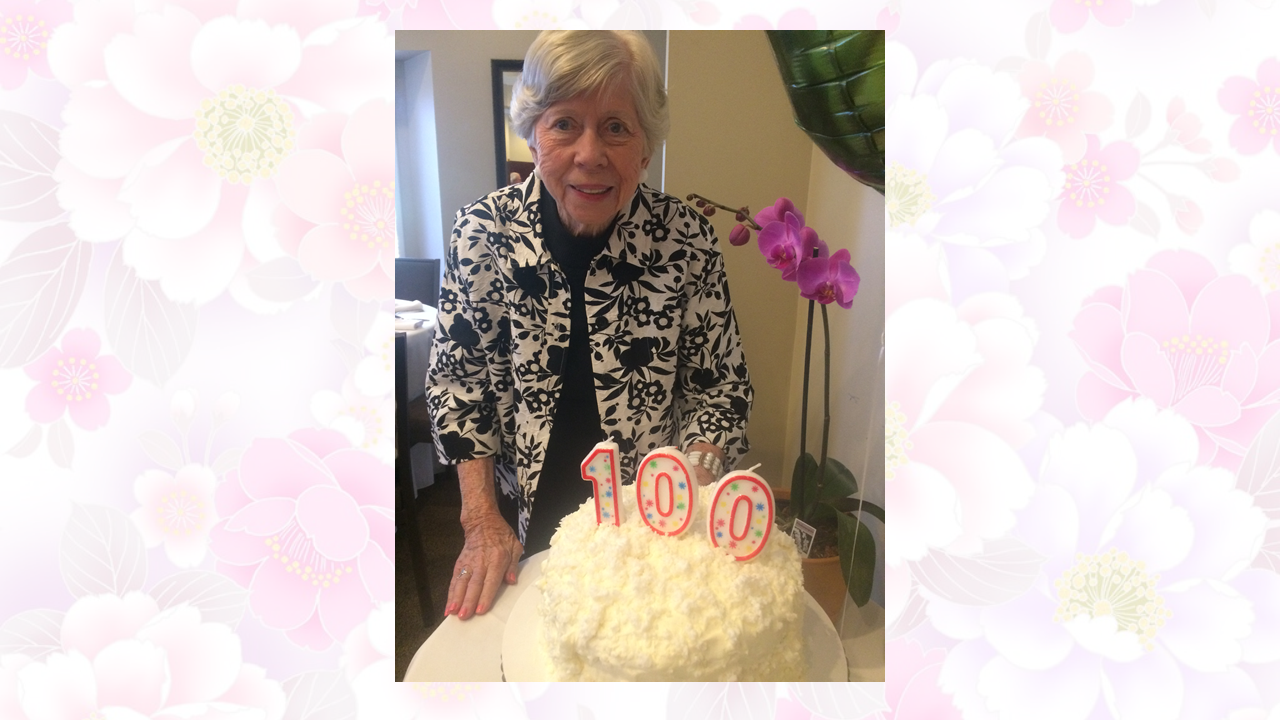 It isn’t every day that you celebrate a century milestone. Most of us have never known anyone who has reached that seldom attained venerable age. Gracie Hembree Grissom celebrated her 100th birthday on Nov. 9, 2016, surrounded by her loved ones.

Her story covers much of Cullman’s history. We can all learn things from this lady who was ahead of her time in many ways. Here is her story as told with the help of her daughter, Cullman City Councilwoman Jenny Folsom.

Gracie Hembree Grissom was born at home on Nov. 9, 1916 in Good Hope. She was the second of four children born to Benjamin Franklin and Loucreasy Smith Hembree. “At the time her father was a school teacher in a one-room school house in southwest Cullman County,” said Jenny, having heard the story from her mom on numerous occasions. “He heard that he could make more money if he took a civil service test and go to work for the U.S Post Office. So in 1922, when (Gracie) was 6, the family moved to Cullman where he walked the downtown mail route.”

"His name was Frank, but the business owners called him 'Uncle Sam' because he carried the mail," Mrs. Grissom laughed, “He walked that mail route for over 30 years, and got his gold watch.”

The family joined First Methodist Church when it was located in a white building across the street from where the church is today.  Mrs. Grissom remembers watching the current stone sanctuary being built. "Daddy came home for lunch one day and was very excited because the stained glass windows had arrived by train," she recalled. She and friends would sometimes walk from the elementary school that was located just south of the courthouse to watch the building in progress.

Another exciting childhood memory she had was when the family got its first telephone.  It was a big wooden one that hung on the wall.  She said, "We had to crank it to make it work."  Another fun time was when she was a teenager and told her dad that she wanted to learn to drive the car. "He had a Model-A Ford that was sitting in the driveway,” she said. “He was sitting on the porch and told me what to do. I got in it, and after a few jumps and hops, I was driving it around."

She met her future husband Hubert Grissom when they were classmates in eighth grade. Both of them graduated from Cullman County High School in 1936. She still has their senior yearbook, The Ladder, in which the Who's Who section listed the “Most Love-Sick Couple” as Gracie Hembree and Hubert Grissom.

After high school she wanted to attend Woodall Beauty School in Birmingham to learn to be a beautician. Her father was not keen on this idea because he wanted her to be a nurse and as he said, "Washing women's dirty hair would be hard and not make much money."  But she told him, "If a lady only has $1 in her purse, she would spend 50 cents of that to get her hair fixed!"  She got her way, boarding at the YWCA while attending beauty school.

Young Gracie moved back to Cullman and married Hubert Grissom in 1939. She worked as a beautician and later owned and operated Gracie's Beauty Salon for more than 35 years in the building where The Community Shopper’s Guide is today. Hubert worked as a conductor for L&N Railroad for 38 years. She was very active in starting the local Business and Professional Women (BPW), the Bob Sapp Sunday School Class and Dogwood Garden Club.

The couple had two children, Hubert Grissom, Jr. and Jenny Grissom Folsom.  Presently, she has three grandchildren and one great granddaughter.

In their retirement, the Grissoms enjoyed about 15 years of tailgating to all the Auburn football games, traveling and having huge vegetable gardens until Hubert passed away in 1992.

“Mother has stayed very active, even mowing her own yard until she was 95 and driving until she was 97…the battery on her car died at that time and we just have not gotten it fixed!” Jenny confided.

Mrs. Grissom still lives in the home that she and Hubert built on Birmingham Street Southwest in 1947. It’s right next door to the house that her family moved to in 1922 when she was 6 years old.  Her health is remarkably good, and she is on no medications. She loves Cullman County sweet potatoes and strawberries, and fish and vegetables, and enjoys outings to the beauty shop each week where she visits with her beautician and friends.

“My mother is truly my hero,” said Jenny fondly.

Happy Mother’s Day, Mrs. Grissom, from all of us at The Cullman Tribune!