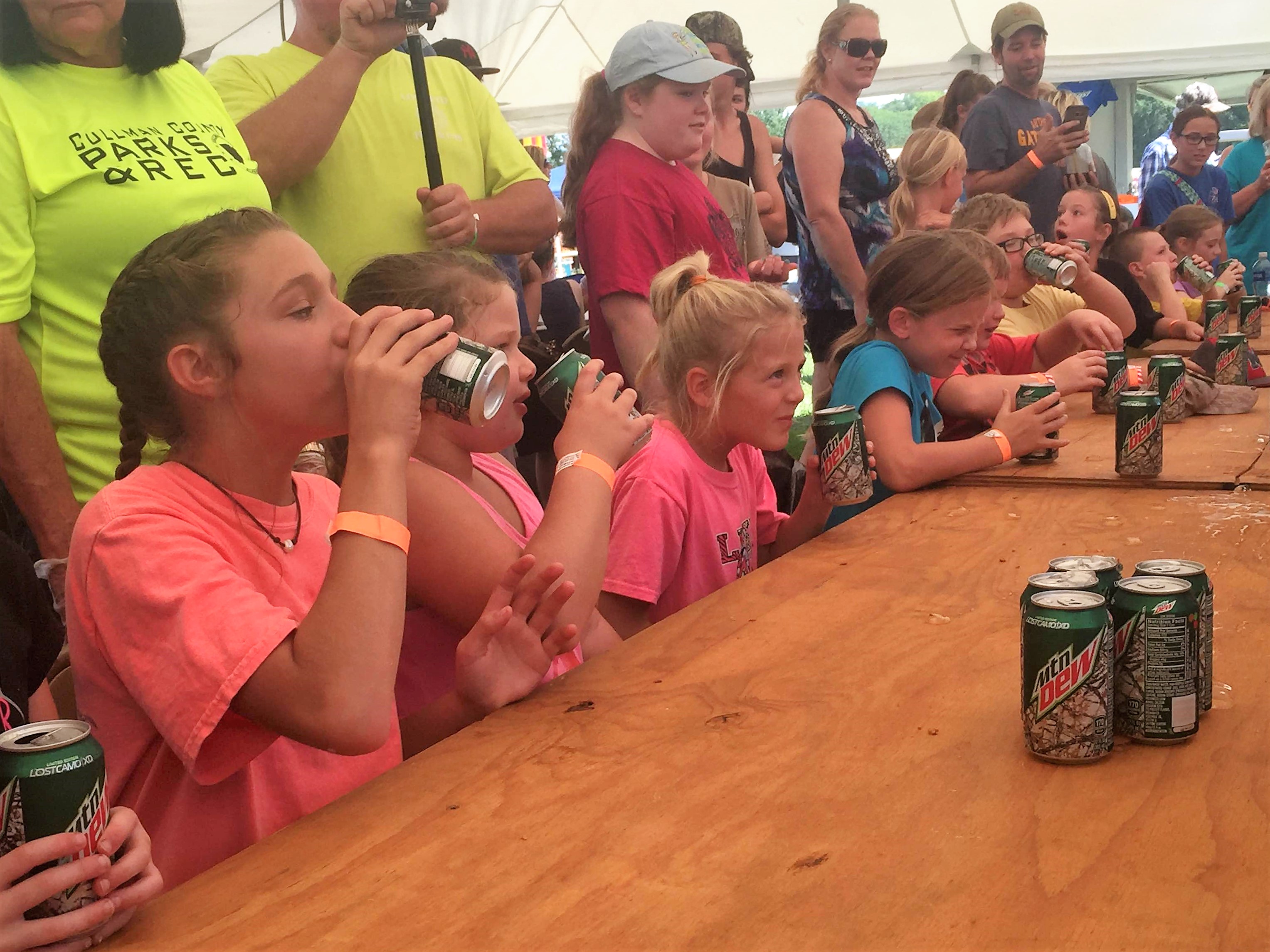 SMITH LAKE PARK – The sunny weather had a great influence on Cullman County Parks & Rec’s Fourth Annual Sweet Tater Festival Sunday and Monday. According to CCP&R Director Doug Davenport this year saw the greatest turnout the festival has ever had. Davenport attributed it to being the first year that they did not have any rain interfering with their plans.

Said Davenport on Monday, “Today has been astronomical, the (number) of people (who) came in. Yesterday we had about 3,000 people and I know we’ve gone way past that today. I could just tell by the traffic today. Our campground is packed out; we got overflow. You know just having good bands, trying to have contests like the sweet potato pie eating contest and Mountain Dew chugging contest.”

The festival had 10-15 more vendors than were there last year. This year the parks department shortened the festival from three days to two. The vendors started bright and early Sunday morning at 8 a.m. and shut down around 4 p.m. on Labor Day. One of the reasons the department did this, they say, was so the vendors would not have to be outside in the heat three long days; it also gave vendors the chance to work two events in the same weekend. Another addition this year was the two-day armband. So instead of paying $3 for one day, guests could pay $3 for two entire days.

The parks took a classic, southern take on this event with the entertainment. Unlike the 4th of July event with mostly contemporary rock music, the Sweet Tater Festival had a down home bluegrass/country sound in the air. Bama Country and The Ray Sparks band gave Labor Day Monday a lively sound. “This is more laid back, country-style,” said Davenport.

One of the many vendors set up at the Park, Monroe Brock, smiling, commented, “I just come out here to see the people and sell the stuff. That’s what I do.” Brock is the owner of Hole In Wall Knives. He makes dreamcatchers and sells an assortment of knives, spears and peace pipes. He is disabled, so an event like this is a great opportunity for him to be able to sell his products.

This was the third year the event included a car show. A group of friends from Birmingham exclaimed that they loved the car show but mainly came to eat sweet potatoes in their many great and varied forms. One of the friends, Casey Hicks, stated, “It’s events like this that bring communities together and make America great.”