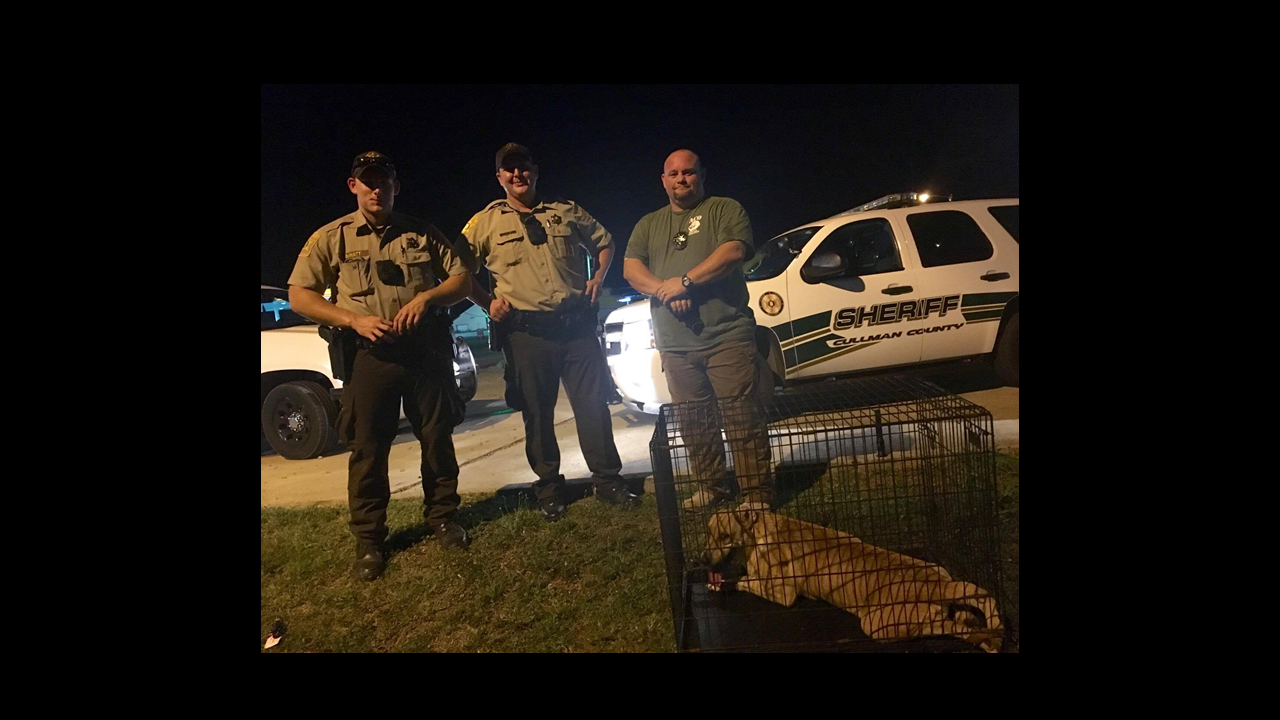 DODGE CITY – An area canine got a special assist Friday evening, when deputies with the Cullman County Sheriff's Office (CCSO) and an officer from animal control came out to rescue the frightened girl from a culvert.

Volunteers from Free State Four Paws, a nonprofit animal rescue out of Double Springs, were in Dodge City arranging transport for three dogs, when the events unfolded.

"(We) had three adult girls leaving for Minnesota, from Dodge City in Cullman. Everyone is unloading, loading, working together as usual…then suddenly, the barking of the other dogs frightens Maggie, who was a stray from Haleyville," said Johnna Waid Franks. "She had lived on her own for at least two years before being rescued and fostered by Christopher Warnack. She starts jumping, twisting and slips her collar. (We know about the slip leads, shame on us). She runs and gets down in a culvert pipe, lays down and decides to chill."

Franks says that this caused Maggie to miss her Freedom Ride, but that Franks and fellow volunteer Kathy Garrison-Cagle were not about to leave Dodge City without the frightened dog.

"With the help of a couple of Cullman County Sheriff officers and the animal control officer, they were able to pull her out. A huge shout out to them for not giving up and for caring enough to help us," Franks said in a Facebook post. "Thank you, Rachel Waid (and) Melody Gilliland for staying and helping and to Shay Culbertson, who stayed with such a positive attitude and never gave up. Everyone was awesome and what a TEAM we had."

Maggie is safe now at Franks' home, "back to her sweet self, tail wagging and loving."

And what, exactly, is a Freedom Ride?

"We call it Freedom Ride as that is the ride that takes our dogs north to different states, (to) large rescues, who adopt our Bama babies out. We send 99 percent of ours to Minnesota to Spot's Last Stop Rescue, said Franks. "Alabama Rescue Relay is a nonprofit run by a retired teacher, Rebecca Harshman. They transport the dogs for a donation."