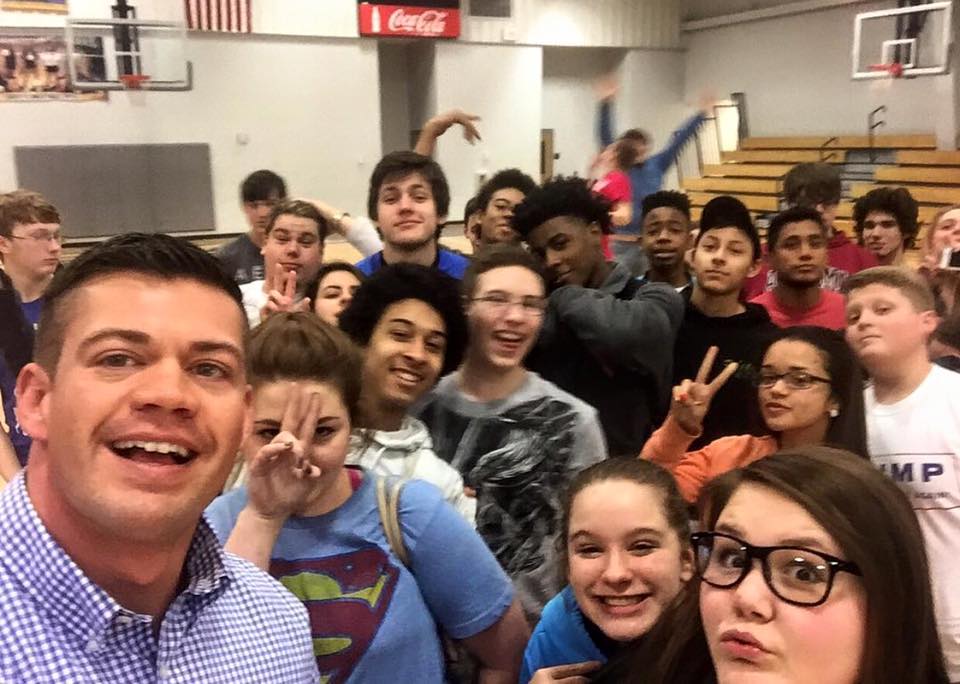 CULLMAN – Life that Counts, a local nonprofit agency, provides peer-to-peer mentoring for many of our county’s high school and middle school students. The organization aims to help students make intentional, positive decisions in their day-to-day lives which will encourage them on a path of healthy long-term character development. The program follows the Alabama state standards for character education and utilizes the “Stop Bullying in Alabama” campaign.

Founder and director, John Williams, said, “The program takes upperclassmen, juniors and seniors, and partners them, throughout the school year, with underclassmen. They cover issues such as sexual abstinence, character education and lifelong things that are going to produce healthy outcomes. It adds a whole new addition to student life. We provide these kids a format and the curriculum that my wife and I wrote that meets state standards for character education and guidance counseling. When we put these upperclassmen students in a position to be intentional about positive characteristic behaviors, they’re no longer squealing their tires out in the parking lot and putting their hands on places they shouldn’t be on their girlfriends. Instead, we see them start to pick up trash and become positive influences and leaders to the underclassmen.”

Beneficial to the entire student body, the program instills accountability and trust into the upperclassmen mentors and gives the underclassmen guidance and mentoring in character education and positive decision making from the older students.

“Jimmy Collins, the principal at Hanceville High School, said the program has changed their entire culture. They had an average of 49 to 50 disciplinary referrals per month just three years ago. Since our mentoring program has been there, they averaged only seven referrals this past school year, and in the last couple of months of this past school year, they averaged only two in the entire school. In addition to that, just three years ago, they finished dead last in the county in attendance. That’s last out of 24 schools in the county. This school year they finished second out of 24 in attendance. That’s an incredible accomplishment for those kids in such a short time.”

Williams has a powerhouse of community leaders working with him at Life that Counts, including Randy Earnest, owner of Chick-Fil-A of Cullman and Jerry Lawson, the senior pastor of Daystar Church, who are board members. Williams has been a familiar face, himself, in Cullman, working as the Community Relations and Marketing Director at Chick-Fil-A of Cullman, a restaurant known for its many outreach efforts.

The peer mentoring program rolled out, initially, in Hanceville High School but will be expanding its reach in the upcoming 2016-2017 school year.

“We have the support of so many people like Judge Rusty Turner and Barry McGriff. Mr. Shane Barnette signed off on the program to be in more schools in Cullman County next year. We’re going to be in Morgan County at Falkville. We have close to 500 students there that will serve all year round. In addition to that, we’ll also be in Winston County serving at Addison High School. The commitment is made and a lot of this is a faith walk. We show up to do what we’re supposed to do and God takes care of the rest.”

Most recently, Life that Counts provided crucial aid in coordinating transportation to young Whitney Cotton’s funeral. Cotton is the 17-year-old Vinemont High School student who tragically lost her life in an automobile incident on June 25. Williams and his organization worked tirelessly with Cline Transportation and the student body of Vinemont to secure safe transportation to Cotton’s viewing and funeral service in Winfield.

For more information on Life that Counts, please visit their website at www.lifethatcounts.com, their Facebook page at https://www.facebook.com/lifethatcounts or call 256-203-6815.