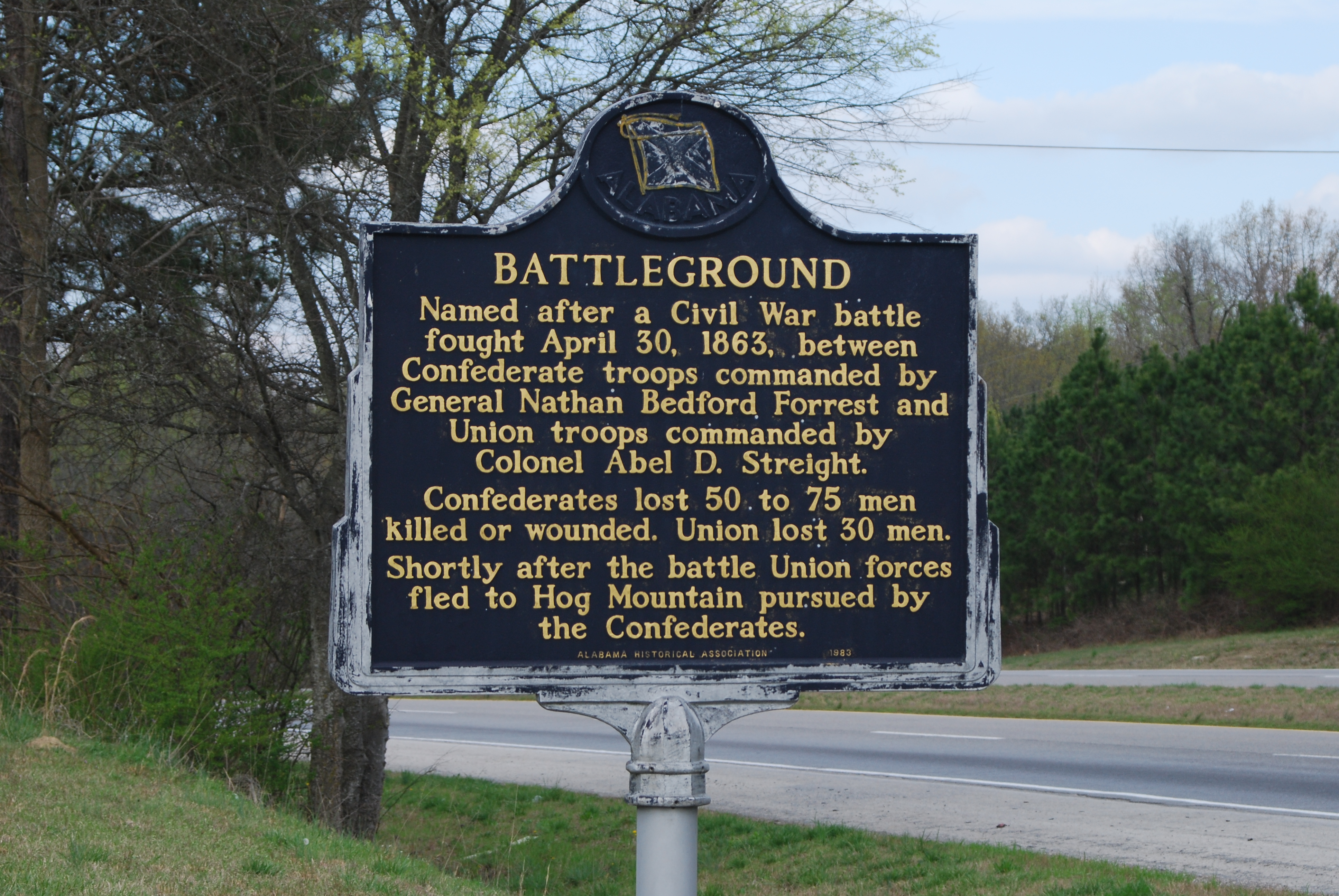 BATTLEGROUND – Battleground is just one of the many Forrest-Streight historical markers that stretch across north Alabama. Located at the intersection of Highway 157 and County Road 1101 in Vinemont (near mile marker 16), the metal marker was installed by the Alabama Historical Association in 1983. The black metal marker has the Alabama flag at the top and underneath the flag it reads:

Named after a Civil War Battle

Shortly after the battle Union forces

fled to Hog Mountain pursued by

During the Battle of Hog Mountain, Gen. Forrest overtook Col. Streight's raiders in a hand-to-hand battle just after dark. Three horses were shot from under Forrest. Union forces fled southward with Forrest in relentless pursuit.

Earlier that same day, at Day's Gap on Sand Mountain, Forrest caught up with Streight's expedition and attacked his rear guard. Streight's men managed to repulse this attack and as a result they continued their march to avoid any further delays and envelopments caused by the Confederate troops.

Sometimes it is hard to believe there was actual Civil War action here in Cullman County. Other days, when you come across historical markers like the one in Battleground, the Civil War becomes a reality. God Bless those men, on both sides of the battlefield, that fought, were wounded or died during the War. God Bless the USA.