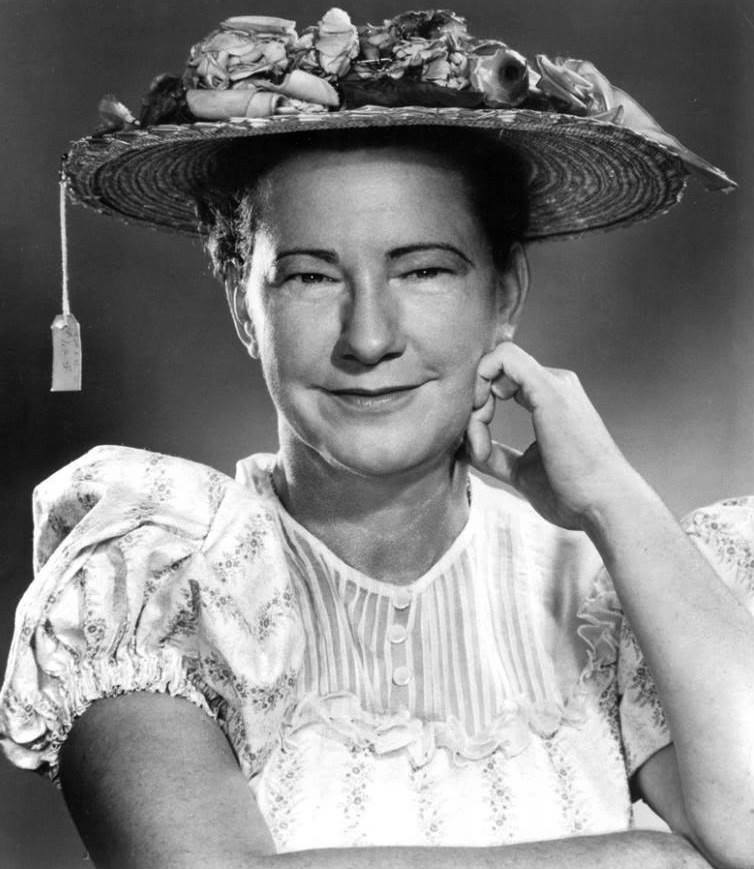 BAILEYTON – Have you ever visited a place and as a result your life changed forever? If so, where did you go? Was it an exotic trip to far-off lands or did you go on a religious pilgrimage? Well, for Miss Ophelia Colley of Centerville, Tennessee, it was Baileyton, Alabama. Yep! Cullman County’s very own Baileyton!

Sarah Ophelia Colley was born on October 25, 1912, about 50 miles southwest of Nashville. She was the youngest of five daughters born to a well-to-do lumberman and his homemaker wife. Growing up she loved to dance and dreamed of becoming an actress. After high school, she went to Ward-Belmont College, which was Nashville's most prestigious school for young ladies at the time, where she majored in theater and dance.

After graduation, Colley worked as a dance instructor until she was hired as a drama coach for the Wayne P. Sewall Producing Company, a small Atlanta theatrical organization that sent directors into small Southern towns to put on amateur plays in local schools. It was for this reason, in 1935, that Colley found herself in Baileyton, Alabama, nearly broke, and right smack in the middle of a major snowstorm.

“My train pulled into the little depot in the middle of a blizzard,” Colley said in her autobiography. “I was the only person who got off. It was about three o’clock in the afternoon, and already almost dark, with snow falling so heavily I could hardly see.”

Without anyone there to meet her at the station, Colley managed to finagle a ride to the school house. The drive was dangerous and seemed to take forever, slip sliding all over the place as they drove along the twisty, turning roadway. She finally reached her destination only to find school was out except for a small group of teachers who were meeting with the principal.

When the meeting was over, Colley realized the principal didn’t expect her to arrive due to the weather. Nonetheless, she was there and needed a place to stay. Unfortunately, she had used most of her spending money to pay for her ride from the train station to the school. After careful consideration the principal had a plan.

“The teacherage at this school was full, and the principal explained apologetically that he had no place for me to stay at his home,” Colley recalled. “There I was with $2 left in my pocket and Cullman 15 miles away by an icy road that would certainly be impassable at night. By this time, it was already dark. Eventually, someone suggested a family that lived in a mountain cabin about a mile from the school. ‘I’ll bet they’d take you in,’ the principal said.”

“She stayed in Baileyton at my great grandmother's (Mattie Burden) home,” said Hanceville native, Greg Burden. “My great uncle Kyle Burden is the Brother she talks about.”

Mr. and Mrs. Jim Burden welcomed Colley into their home to stay while she worked with the students at the school. Mrs. Burden, who was affectionately known as Aunt Mat, had a knack for storytelling. Her dramatic southern drawl made anything she talked about interesting – and quite humorous!

Colley was forever entertained by her tales and before long she began repeating them to her family and show business friends when she got back to Nashville. She had Aunt Mat’s voice and pronunciations down to a science. Her friends were thrilled and urged her to create an act around them. From there “Minnie Pearl” was born. Minnie Pearl, a comical storyteller who wore a flowered straw hat with its $1.98 price tag attached and a thrift-shop cotton-print dress. She was famous for her signature greeting, a high-pitched "How-dee! I'm just proud to be here!" and for her enthusiastic chatter about "ketchin' a feller."

Minnie Pearl soon became famous on the Grand Ole Opry in Nashville where she was a regular for more than 50 years. She toured with most of the leading country music stars over the years, and appeared at Carnegie Hall in 1947. She was named Nashville's Woman of the Year in 1965 and inducted into the Country Music Hall of Fame in 1975. She recorded albums for several labels and in 1966 had a top-10 country single, "Giddyup — Go Answer."

In the 1950s she appeared on a national television show called “This is Your Life” and told how Baileyton, Alabama came to be known as the birthplace of Minnie Pearl. Today Minnie’s autographed picture proudly hangs in the Baileyton Town Hall along with a short biography written by Margaret Jean Jones. If you are ever in the area, why not stop by and see it? Baileyton is a great place to visit and for some people, like Miss Ophelia Colley, it can change your life forever!