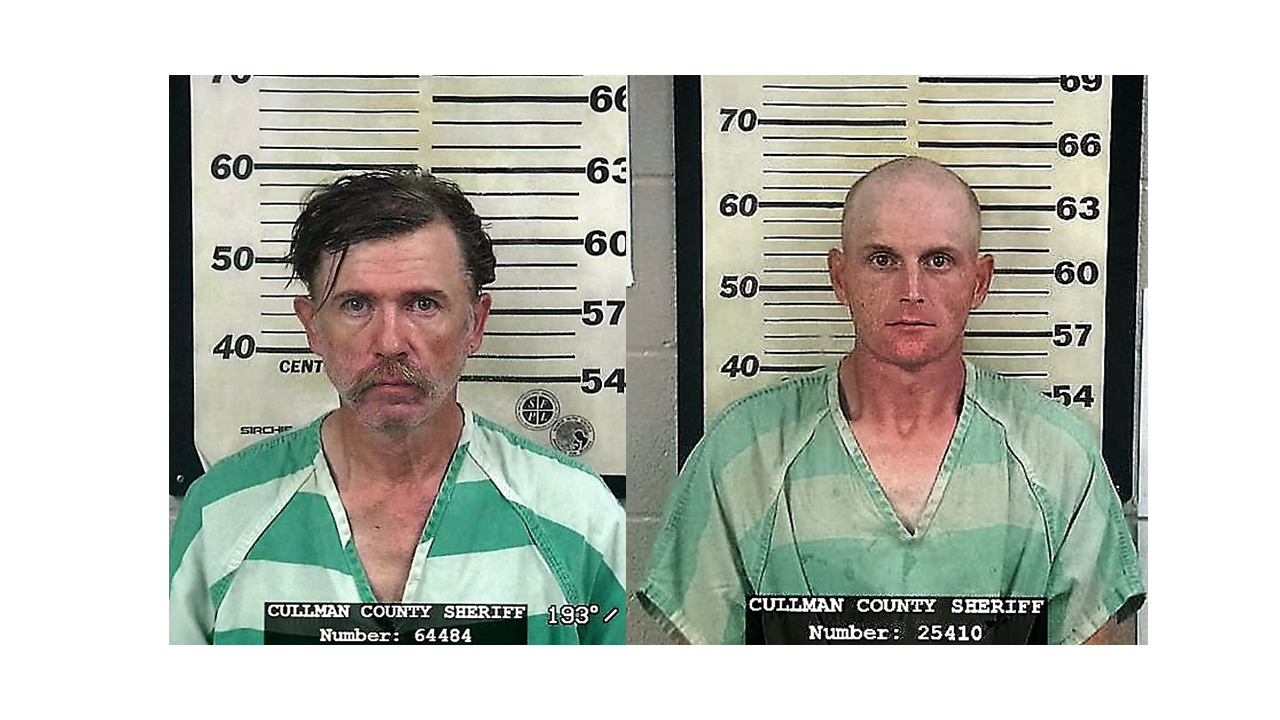 CULLMAN – On Wednesday, May 18, Cullman Police Department Narcotics Investigators Chris Thomason and Justin Craft stopped a blue Jeep Cherokee for a traffic violation on County Road 1147.  As the Cherokee was coming to a stop, one of the occupants threw what appeared to be a pipe out of the vehicle.

During the stop, investigators gained consent to search the driver David Eric Evans and passenger James David Holmes.  Evans had Hydrocodone 10mg pills on his person along with drug paraphernalia.

Investigators were able to recover the methamphetamine pipe that was thrown out of the vehicle.

Investigators also recovered a .380 caliber handgun inside the vehicle that was later determined to be reported stolen in a recent burglary. Other items recovered from the vehicle included gloves, a pry bar and a backpack containing walkie talkies and a hammer.

Evans, 36, from the Baldwin community, is being held at the Cullman County Detention Center on a $14,000 bond.

Holmes, 51, from Bremen, is being held at the Cullman County Detention Center on an $11,000 bond.