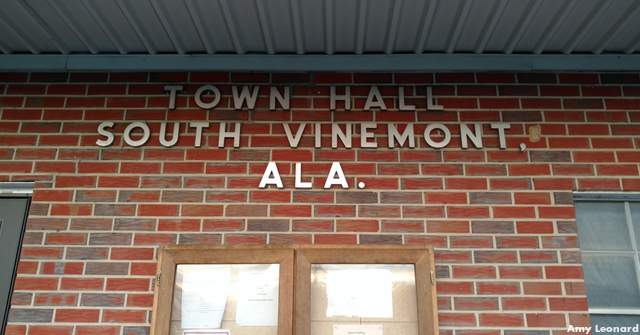 VINEMONT – Among the items discussed during Tuesday's regular meeting of the Vinemont Town Council, the council voted to check on a charitable organization that was asking for financial assistance for the upcoming Veteran's Day Celebration on Nov. 5.

Mayor J.D. Marcum received a letter from Gwen Parker, a representative of the Cullman area VFW. The VFW is seeking a donation of $500 from the Town of Vinemont to support the festivities that will be the weekend before Veteran’s Day is celebrated nationwide on Nov. 11.

Marcum, along with council members Sonya Mabry, Joann Oakley, Shirley Arnett, Radginal Dodson and Toni Helms, discussed the situation and decided to obtain more information about the organization before they would consider donating.

The mayor and council accepted the minutes from the previous meeting held April 12 and approved a financial statement for the month of April.

In other business, an event to be held at the Scout House on an unspecified date was not accepted by the council.

The council reported the organization requesting the use of the Scout House could find another location and would receive a letter from the mayor within a 30-day period from Tuesday's meeting. Plans to discuss this item were set for the next meeting on June 13.

A unanimous vote by the council approved the changing of security to the front entrance of the town hall. A key pad system will be purchased and installed, taking away numerous keys held by council members and employees for the Town of Vinemont.

Town of Vinemont employee Mike Graves reported the cost of installing a key pad system would be in the range of $130.

The council also approved a new toilet system for the women's bathroom inside the Scout House. No timetable was set when the system will be installed.

Council member Helms informed the mayor and other council members of a pot hole on the edge at the intersection of U.S. Highway 31 and Patton Road.

Graves told the council they would have to get a work order with the Alabama Department of Transportation for the pot hole to be repaired. A work order was requested for a pot hole on the roadway near the Vinemont Post Office, just off Highway 31.

The meeting was adjourned around 6:35 p.m. with the next meeting of the council to be on Tuesday, June 13 at 6 p.m. The public is welcome to attend.