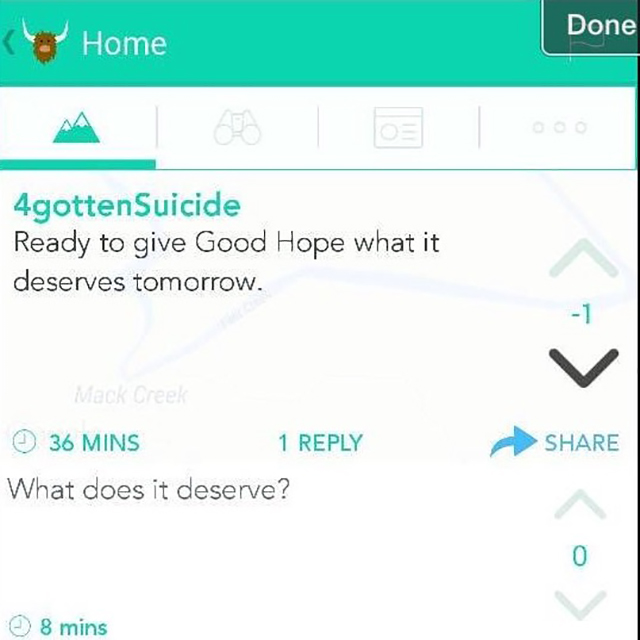 “The person who was arrested is a juvenile who does attend school at Good Hope,” said Bartlett. “The Sheriff’s office, along with all the investigators have worked very diligently to get down to the bottom of this threat and we are pleased to announce that an arrest was made today.”

Bartlett said the male juvenile has been charged with making terroristic threats.

“We are continuing the investigation as there may be more to this situation. But I cannot say whether or not any other arrests will be made,” he stated. “It is ongoing, we are working with the school, Dr. Ross and the teachers at Good Hope.”

Bartlett said that nearly half of the students who attend the Good Hope Schools actually came to school today.

“Nearly half the school was absent today,” he said. “This has disrupted the lives of so many at Good Hope and forced us to add additional officers to ensure safety for everyone at the school.”

When asked if the identity of the suspect would be released, Bartlett said, “(I’m) not at liberty to discuss that. We’ve conducted an interview with this individual and we have enough to charge them with a crime. That’s all we can say at this point.”

Bartlett continued on by assuring parents and those living in Good Hope that, “We are doing everything possible to ensure security at our school systems. Our investigation staff has worked extremely hard to clear this up quickly.”

CullmanSense will bring you more on this case as it develops.