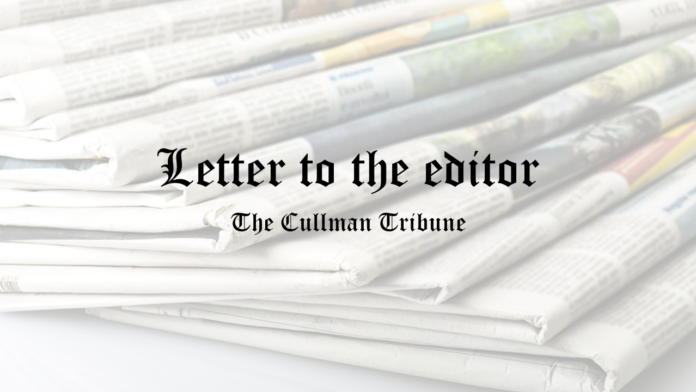 First of all, I have lived in this town for 55 years. I have raised two boys in this town. The good Lord gave me a wife 56 years ago. Probably the best blessing he ever gave me. There are things that are just not right about what’s been said that’s going on in the town that I can back up and document in black and white.

Starting four years ago, we resurfaced all the main streets in the town. Went through the council. All of it was cleared. We put up lights in the ballpark. We pay by the year for a lease. There’s currently two years left on the lease. The ballpark is a main point.

It’s been put out that there is nothing in this town that’s growing, it’s a dead little town or there’s nothing that’s been done in this town for the last four years. I beg to differ. I’ve tried my dead-level best to do the very best I can for the town because this is my choice of place in the whole world to live. I’ve lived in many places. I spent four years in the Navy, so I am not born, raised and died in Cullman County. I live less than a mile from where I moved. My father retired from the service and moved back here in 1960. So, I have lived within a mile of that point since 1960.

The ballpark itself creates some monies for the town. That ballpark sees, last year, 30,000 people. Those 30,000 people had to eat somewhere and had to spend the night. This is revenue. Revenue is what supplies the dollars and cents that keep the town of South Vinemont on an even keel.

As far as if we have done anything as far as the town is concerned, I am not real wild about having a Rock the South in downtown Vinemont. It’s been brought up that things for the younger generation are not happening in Vinemont.

I have checked into everything and determined that it would not be cost-efficient to have a senior center when there is one less than 3 miles down the road.

It has been documented by our business licenses, how many people work in this town. New business since 2016- I have 14 new businesses that have opened in the past four years. The total of it is approximately 100 jobs in the town of Vinemont. There are currently 750 people in the town of South Vinemont.

I enjoy my job and I have tried my best to do the best I can, but my words have been misconstrued, misunderstood and misquoted. There are just too many things that have been said that need to be addressed.

Again, at the sports complex, we’ve lit two fields. Those two fields cost $150,000. We made restrooms for the five fields we have. One field did not have close restroom facilities so we built ADA-approved restrooms for that one field.

We are currently involved in improving the roads. The resurfacing we did four years ago appears not to have lasted as long as we had hoped it would, so we are in the process of making improvements on Tillery Road here in town. We have scrub sealed Goodwin Road. We have widened Oakley Drive. We have requests now for resurfacing for off-streets in the town. Due to the cost of that and the present condition of those roads, the cost to pave all the streets in the town would bankrupt the town. We are talking about approaching $200,000 to resurface all the streets in the town. We may be able to do some of them or one at a time, but really the most cost-efficient way would be to do them all, but we don’t have the finances to do the $200,000 worth of resurfacing.

I’ve never met the gentleman and I never met the other lady both running currently for a council seat. I’ve never talked to either one of them, and I have never seen either one of them. I’ve talked to Mr. Thompson’s brother but not him. I apologize if I have made someone mad in the town. We have had very few people come to our meetings. The door is open. They aren’t closed meetings. I get very few suggestions about things that need to be done in the town.

Also, in the late 2000s, the walking trail was built, and at the time the walking trail was built, a pavilion was also to be built near the restrooms at the walking trail. Those restrooms, due to circumstances beyond our control, the bathrooms had to be turned around 180 degrees. We are currently in the process of building that pavilion that will be open to the public. It is not to be rented. Our community center is an asset to this town, but due to COVID, it is not being utilized as much as it has been in the past.

Thank you and have a good day.