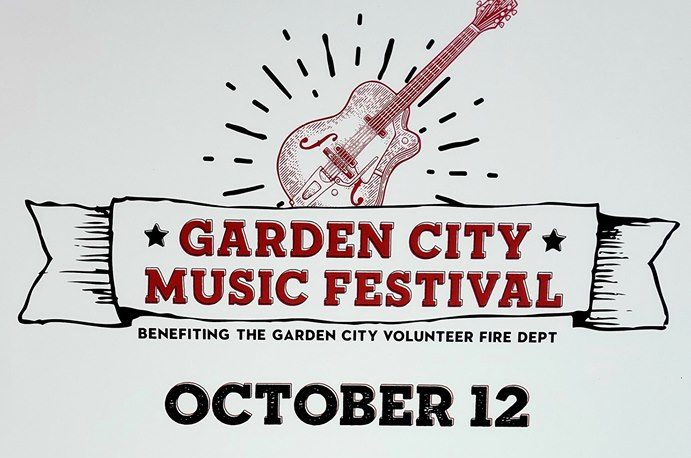 GARDEN CITY, Ala. – Garden City Park will be filled with music and festivities all day this Saturday, Oct. 12, when the inaugural Garden City Music Festival takes place from 10 a.m. until 7 p.m. The event will benefit the Garden City Volunteer Fire Department.

Vendors will be set up at 10 a.m., with the music beginning at 1 p.m. Admission is free.

Below is Saturday’s music schedule:

A little information on some of the artists:

Asphalt Crown is from Birmingham, playing progressive rock “with a little of this and a little of that.” The band blends hard rock with melody and groove. Band members are Rob Vaughan on guitar and vocals, Joel Smith on bass and vocals and Carey Jacks on drums.

Happy Lemmy, also from Birmingham, has been around for 12 years. The sound of the band is heavily influenced by 70s progressive rock and British blues rock bands. The band says “the style and emotion of each band member has a significant presence in every song.” Members are Joel Smith on lead vocals and rhythm guitar, Michael Callahan on bass guitar and backing vocals and Eric Fulgham on drums.

Steve Norris, a performer from Helena, has been playing around the Birmingham and Tuscaloosa areas since the mid-90s. Norris’ style of music is country/folk.