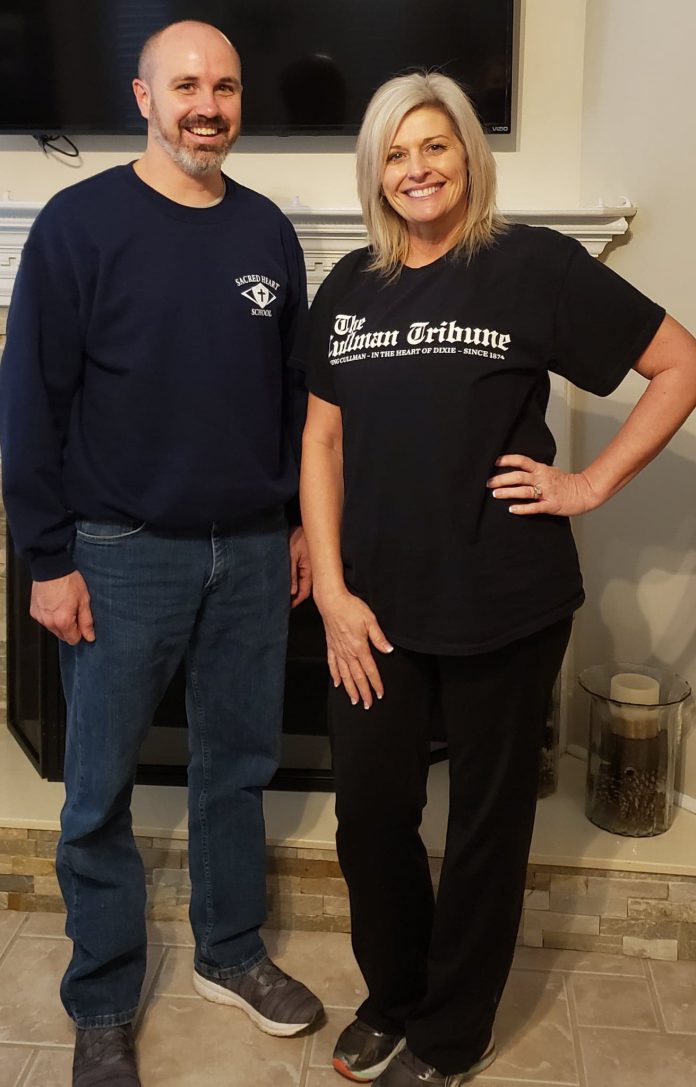 This week on Community with Carol, I continued my interview with Ross Harrison, the PTO president at Sacred Heart School. The history that Sacred Heart has in our community was too much for one interview. (See part one here.)

Harrison is a third-generation alumnus of Sacred Heart School. His mother Nancy Basch Harrison and his grandmother Irene Basch also graduated from the school. Now his daughter, Anna Clair, is a second grader at the school- the fourth generation. Her little brother Collin is 4 and will be attending next year. The history of the school is important to Ross and many other alumni.

The “new” stone school replaced a two-story wooden building in 1950.  Each stone was hand-hewn to match the stone on the church. Sacred Heart School was the first church-affiliated school in Alabama. It was also the second private elementary school in the state. This definitely says a lot about the type of community that was established in Cullman. Education was a top priority for our founding fathers and is still important to our local leaders.

In 1977, on the 100th anniversary of the school’s establishment, a committee was formed to try a new fundraiser. They decided on a German festival theme that paid homage to the roots of the community and the school. Two years later the City of Cullman asked Sacred Heart to join together and move the event to October. I think we all know how that worked out. Today Cullman is known for its Oktoberfest.

The last thing Ross and I spoke about are the volunteers at Sacred Heart School. Alumni like Ross serve on boards, hold PTO positions and volunteer during fundraising. That is a testimony to Sacred Heart School’s ability to not only educate children but instill Christian values that will last a lifetime.