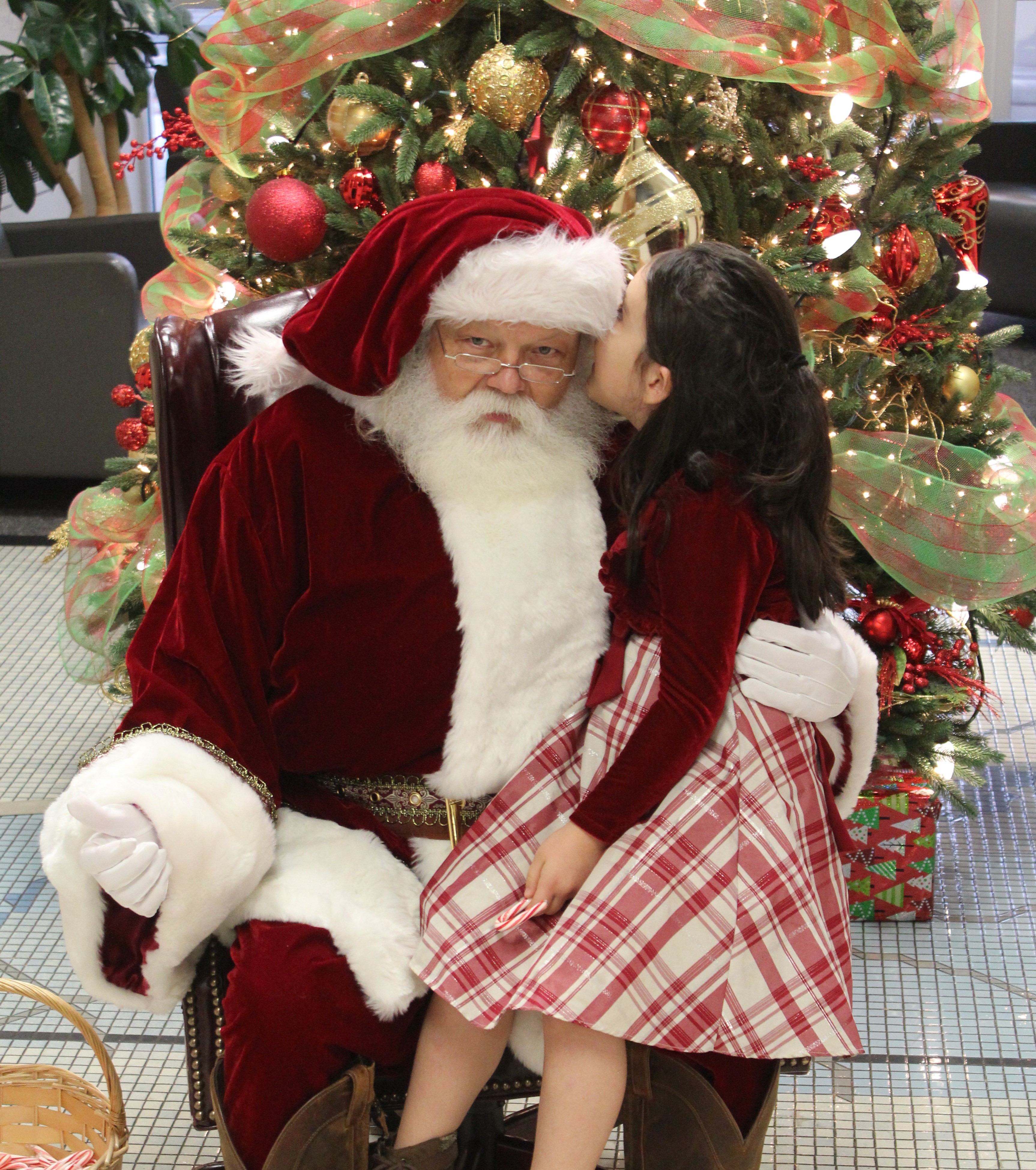 CULLMAN – The Cullman County Courthouse had a very special visitor on Thursday, when Santa Claus himself made a last-minute visit before heading back to the North Pole to make preparations for Christmas Eve. This is the fifth year Santa has visited the courthouse. He posed for pictures and gave candy canes to all the kids and even a few courthouse employees.

Smiled Hammick, “We weren’t sure how he (Brystn) would do with Santa. He did much better than I thought he would.”

Fourteen-month-old Drayden Miller hopes Santa will bring him a My Town Rug. He came with his mom, Samantha Drinkwine.

Kay Blevins braved the rain so that her two grandchildren, Kane and Karli, could visit with Santa. Karli is hoping for a baby doll. Kane was a tad confused about being at the courthouse. He asked his grandmother, “Did Santa get in trouble? Was he arrested?” Kane asked for a train set for Christmas.

Peyton Tharp, 19 months, wore a beautiful Christmas outfit with a lovely white coat, sparkling silver shoes, and white bow in her hair. She still wasn’t ready to sit in Santa’s lap this year, but mom Lauren believes she will be next year. Peyton did enjoy the candy canes and Christmas tree.

Gary and Tasha Miller stopped in for new car tags and to see Santa. Their daughter Anna, who will be 2 in February, was shy but her mom was optimistic, “Well, she cried last year but didn’t cry this year. We are improving at least. By next year, I think she might do it.” Anna is hoping for anything to do with puppies.

Seven-year-old Bella Morgan waited until her uncle Tyler was home from college before going to see Santa. All she wanted was a picture with Santa and “the best uncle in the world.”  Tyler was happy to do whatever his niece wanted.

Two-year-old Ryelyn McClusky, dressed in his finest elf suit, visited with Santa. His mom Janice explained, “This is our third attempt. The first two times Ryelyn wasn’t having it. He wanted Santa to know he wants a baby pig. He loves little pigs.”

Rumor has it that Good Hope City Councilman John Harris and Santa Claus know each other very well!