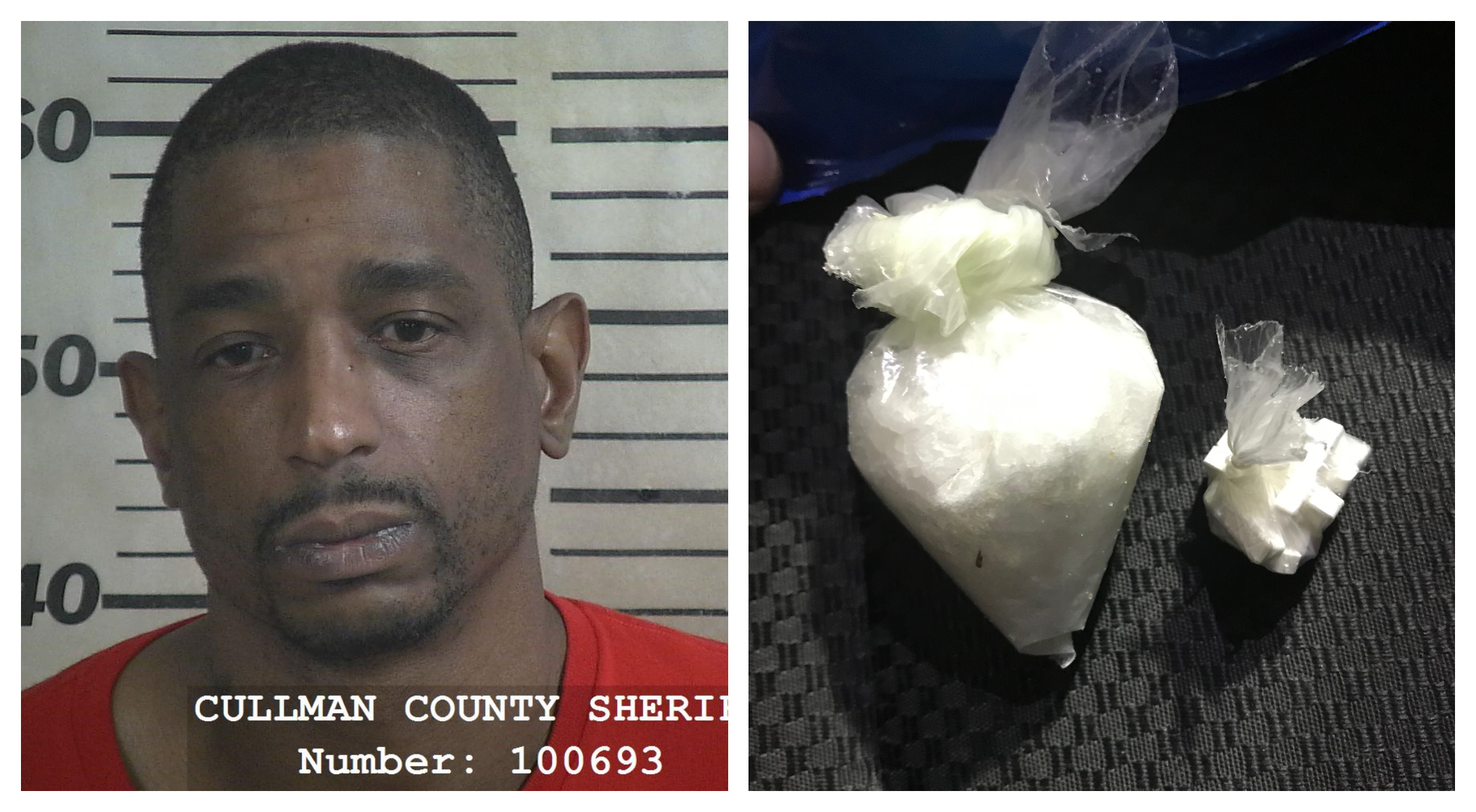 Jason Lavan Turner, left, and the drugs recovered when he was arrested on Friday in Cullman County (Cullman County Sheriff’s Office)

According to a media release from the Cullman County Sheriff’s Office (CCSO), CNET agents saw Turner, who they knew had an active Department of Corrections (DOC) warrant for murder, at a business in the city of Cullman and made contact with him.

While taking Turner into custody, agents allegedly located a baggie with a crystal substance inside. The crystal substance was later confirmed to be ICE, a purer form of methamphetamine, and weighed approximately 28 grams, or 1 ounce.  The CCSO said Xanax pills were also discovered on Turner.

“This is a good amount of meth that was prevented from being sold in Cullman County because of diligent law enforcement officers, and this suspect is now in jail,” said Cullman County Sheriff Matt Gentry. “ I would like to thank the CNET agents for their work and also say, as I have said before,  the more arrests like these that are made will make people second guess coming to Cullman County to sell their drugs.”

Turner is being held in the Cullman County Detention Center without bond.