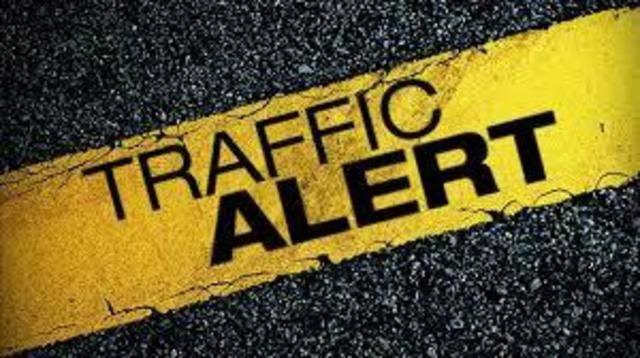 Latest updates on I-65 South closure at mile marker 319:

"Update: The bridge abutment and deck were damaged in the crash, which occurred shortly before 6 p.m. Wednesday. ALDOT is removing the damaged concrete sections and repairing/replacing those today and tomorrow.

"We are still detouring southbound traffic at Priceville (Exit 334) to Alabama 67 northbound to U.S. 31 southbound back to Interstate 65 southbound at Lacon (Exit 318). We are seeing heavy congestion on Alabama 67 going into Decatur, and crashes along the detour route, particularly one that occurred on the detour route this morning (on 67 northbound at Carol Lane, west of Country Club Road) have compounded those delays. Also seeing some backups on U.S. 31 at Alabama 36 in Hartselle.

"We are working on setting up an additional detour, so we will appreciate your help getting that information out when that is in place.

"For those not in the area, this location is in southern Morgan County just north of the Cullman County line."

"We are still detouring southbound traffic to SR-67 northbound to U.S. 31 southbound back to I-65 southbound at Lacon (Exit 318). We are seeing heavy congestion on 67 going into Decatur, and a crash that occurred on the detour route (on 67 northbound at Carol Lane) compounded that."

"A bridge on I-65 southbound over the CSX railroad north of the Lacon exit was damaged by a heavy piece of equipment during a tractor trailer crash Wednesday evening. It was necessary to keep the bridge closed until ALDOT personnel could assess the damage. It appears the southbound roadway must remain closed Thursday and possibly into Friday for bridge repair.

"Motorists are advised to use U.S. 31 or other alternate routes.

Throughout (Wednesday) evening traffic was detoured to Morgan County 55 at the Falkville exit (322). About midnight, the detour was being shifted. Overnight, southbound traffic will be detoured at the Priceville Exit (334) to Alabama 67 northbound to U.S. 31 southbound. Expect delays on detour routes."

"Interstate 65 near mile marker 319 is closed for an unknown amount of time. A crash involving a tractor-trailer hauling a large machine has damaged the bridge. All traffic southbound should detour at exit 322. Go west on East Pike Road to U.S. 31. Go south on U.S. 31 back to exit 318 to get back on I-65 south. There are no injuries in this crash."