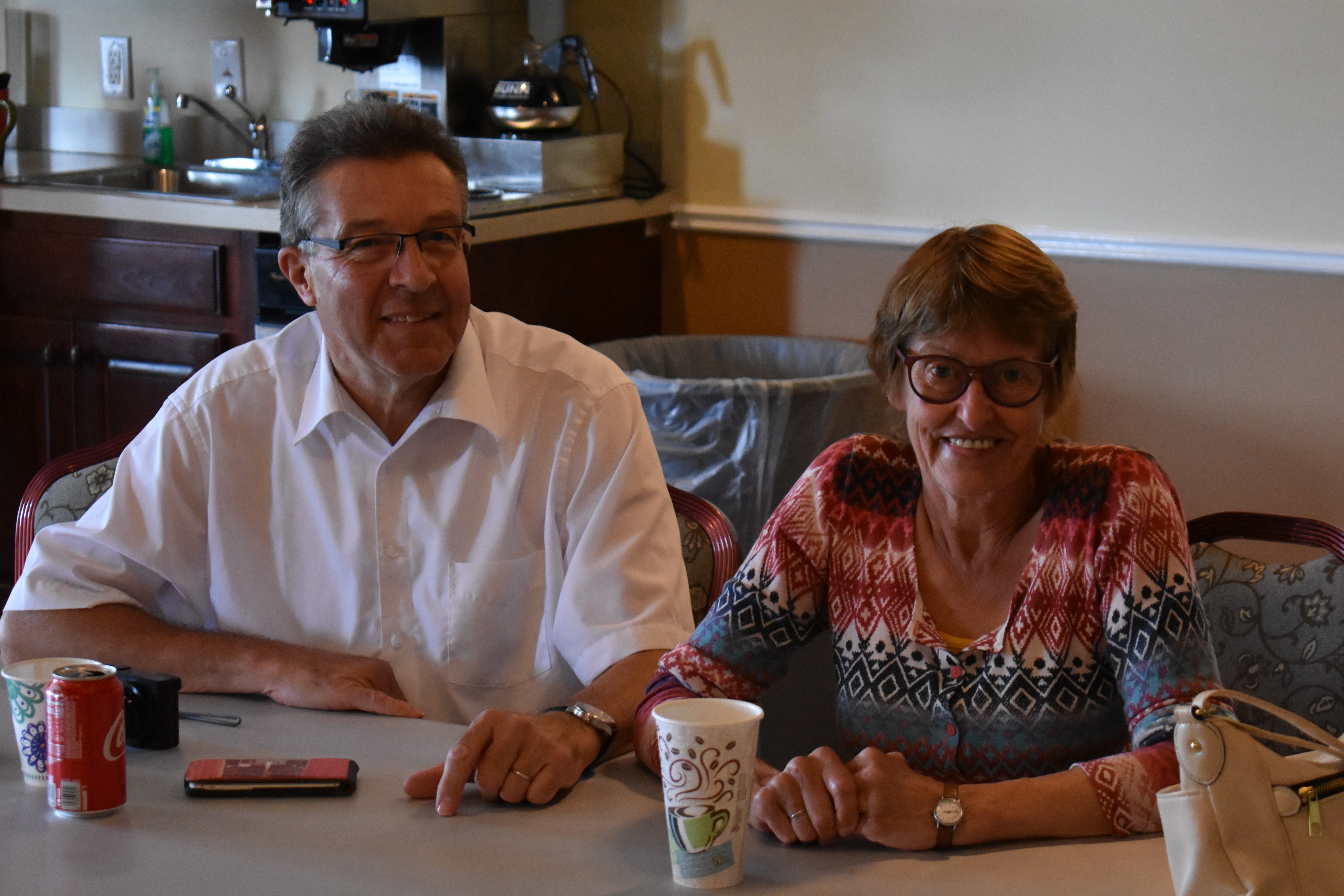 Husband and wife professor/physician team, Dr. Dietmar Eifler and Dr. Reingard Eifler are members of the Friends of Cullman in Cullman’s sister city, Frankweiler, Germany, and are currently enjoying their fifth visit to Cullman. (W.C. Mann for The Tribune)

CULLMAN – On Sunday afternoon, Cullman’s Friends of Frankweiler welcomed two of Frankweiler’s Friends of Cullman, as Dietmar and Reingard Eifler arrived in town for a few days’ visit.  Dr. Dietmar Eifler, a mechanical engineer, is professor emeritus of materials science and engineering at the Kaiserslautern Technical University; his wife, Dr. Reingard Eifler is a medical general practitioner.

The stop in Cullman concludes a trip that began with business for the professor in Ann Arbor, Michigan, at the beginning of the month.  The couple enjoyed touring spots around Lake Michigan, including their first old-fashioned Independence Day fireworks show, before getting back to business at another professional conference.

All the while, their sights were set on Cullman.  As members of Frankweiler’s Friends of Cullman, they have traveled here several times before, and they weren’t going to let a trip to the U.S. pass without some old friends and southern hospitality.

Said Dietmar Eifler, “As we planned this trip to the United States, the first idea was, at the end of the trip we wanted to come to Cullman to visit the friends of Cullman we know.

“The personal relations are very strong, and so I like the people here very much.  During our last visit, with Rudene and Robert Tidwell, we made very nice excursions here.  We went to Aliceville. I have seen already many nice locations in the neighborhood of Cullman.”

As a mechanical engineer, Dietmar Eifler is quite the gearhead.  One of the highlights of his trip before arriving in Cullman was visiting the Henry Ford Museum in Michigan and getting to sit in a Model T.  But his local host Robert Tidwell, who is a vintage car enthusiast himself, raised the bar in both highlights and southern hospitality by putting Eifler behind the wheel of his own antique Chevrolet pickup truck for a drive around Cullman.

“Today, he offered me a kind of gift,” said Dietmar Eifler.  “I was allowed to drive–maybe you have seen–this very nice old Chevy truck.  It was his personal risk, but nothing happened, and I did like it very much to drive such an old car because, as a mechanical engineer, I like such machinery.”

The Eiflers will be around town for only a few days and will head back to Germany on Thursday.