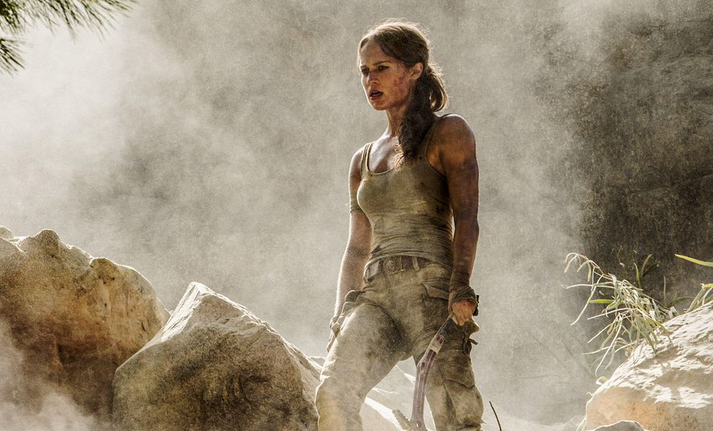 “Tomb Raider” is directed by Roar Uthaug and stars Academy Award-winner Alicia Vikander as Lara Croft in what is essentially an origin story for this version of Lara that sets up future entries for the franchise.

Vikander’s portrayal of Lara Croft is different from the one most people probably know that was played by Angelina Jolie in the early 2000s. While Jolie’s version of Croft was already in her prime, we meet this version of Lara before her first adventure and see the events that will shape her into the tomb raider we are familiar with.

Uthaug does a very good job in the action sequences in his big-budget directorial debut, particularly a couple of early chase scenes that were very well done. A lot of that credit goes to Vikander as well, who is great in the action sequences and sells Lara Croft’s speed, strength and toughness throughout the entire run time. Once some of the bigger scale action is happening later in the film the green screen can get a bit choppy but overall the action is by far the strength of the film.

Walton Goggins plays the villain Mathias Vogel and Goggins is always good when he plays this type of character. Vikander and Goggins carry this film completely as the two leads, and as good as they are, some of the supporting characters don’t bring anything to the plot. It’s very clear what characters the filmmakers wanted to focus on, so when they’re not on screen you’re just waiting for the movie to get back to what you’re interested; that can slow things down at times.

Uthaug is clearly going for an “Indiana Jones,” adventure genre vibe for this film and there are some very clear references to the Indy trilogy throughout the film, particularly in the third act. I would say that Uthaug hits that tone for the most part but not as well as the Indiana Jones trilogy. This film is also heavily influenced by the “Tomb Raider” video game released in 2013. The film borrows several visual cues from the game design like Lara’s outfit, tools and even some of the action set pieces. As far as video game movies go, this one is as visually faithful to the source material as they come.

Overall, the plot and nearly all of the supporting characters take a back seat to the two leads and the action beats, but Lara Croft and the action should be the best parts of a Tomb Raider movie. It won’t be the best action film you see this summer, but it’s certainly worth a trip to the theater.