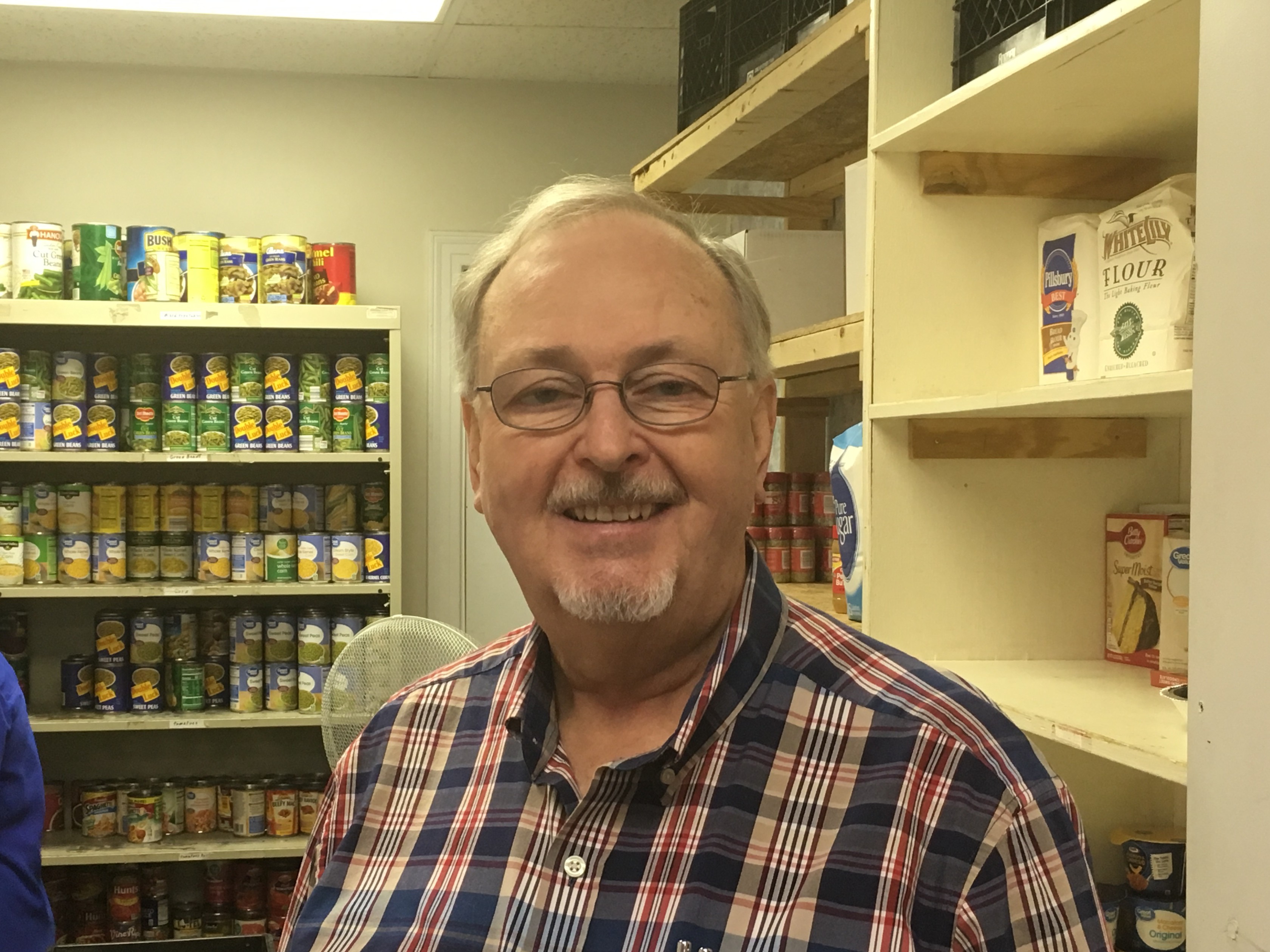 CULLMAN – Two years ago, an average of 550 families were receiving some type of service each month from Cullman Caring for Kids (CCK), but in the last year, that number has soared to more than 650 per month.  Director Javon Daniel said that up to 100 new families enter the food program each month, creating an increasing burden on the agency's resources.

“Right now, we’re holding our own,” said Daniel, “but we distribute somewhere between 8 to 10 tons of food a month, and when you go through that much food, you’re not going to be able to keep it.  If we’ve got it, we give it out; we don’t hold it back and hoard it. So, we go through a lot of food in just a very short time.

“We went (to the North Alabama Food Bank) a couple of weeks ago, and we brought back about 20,000 pounds.  If I’m not mistaken, it was a little over $1,800 that we paid for it. We’re in the process of ordering some cereal locally, because that’s something we just can’t get at the food bank.  They have such a limited supply, so we have to buy that locally.

“We go (to the food bank) about once a month, but most of our donations come from individuals, churches.  We do pick up five days a week from Wal-Mart–the south store–and Publix. And what they contribute, and what the community contributes, and what we’re able to buy is how we get through the months.”

According to Daniel, CCK has particular need right now for cereal.  In the bank’s food storage area, he pointed out two shelves of boxed cereals, and noted that the current stock would probably not last more than three days.  As the season progresses toward the end of the school year, the need will increase for common kid foods like peanut butter and jelly, mac and cheese, canned ravioli and spaghetti, boxed pastas and pasta sauces.  CCK is not picky, though; it will accept just about any food donation that comes its way.

“I learned a long time ago,” said Daniel.  “I’ll take every can of green beans and corn, mixed vegetables, and early peas, and whatever.  I’m not going to turn down any canned goods.”

So why all the food?  Daniel explained that hungry children plus helpless parents equal a household full of anxiety and frustration, a formula for abuse.  A simple bagful of nutrition can make a world of difference for a child.

Daniel took time to talk about two of CCK’s other programs:

Trained personnel are assigned to specific cases by courts and conduct independent investigations into cases of abuse, to do whatever is in the child's best interest.

According to Daniel: “Volunteers, strictly volunteers, are trained, screened very thoroughly, and then after that is done, then they are sworn in by the District Court judges, and they become court officials on a case that they are assigned to.  And their job, in those instances, is to do their own investigation to determine the facts about a particular case. And they are assigned to a case of a child who is in court for abuse or neglect, and they do their own investigation.  And when they’re finished with the investigation, they write a report to the judge; and in that report they state the facts that they learned during the investigation, and make recommendations to the judge, based on those facts.

“What we usually say is they become the eyes and ears for the judge, because the judge cannot get out and do that in every case.  But, more importantly, I think, is that they become the voice for the child, because children have very little to say about custody cases and abuse cases.  It’s just important that they know that they have somebody who, their only purpose is to be there for that child. We don’t work for DHR; we don’t work for the attorneys.  We are there as volunteers to help that child to get into a safe, permanent home as soon as possible.”

CCK/CASA just finished training eight new advocates, bringing the total to 18.  The organization will gladly take more volunteers since, at any given time, around 40 area children will be involved in cases that fall within CASA’s scope.

Radio shows on Fridays (WKUL, 9:30 a.m.) and Sundays (WRJL, 3 p.m.) address child abuse prevention to a regional market of more than one million potential listeners.  Some topics might be uncomfortable to talk about, but Daniel insists that no worthwhile subject is off the table if its discussion can help stop or prevent abuse.

Said Daniel, “Kids do matter, and what they think, and what they’re experiencing, and what they’re going through does matter.  So what we try to do is we try to talk about children and family issues every week that will help those listeners to get as good information as we can possibly give them about a given situation or subject.

“I wouldn’t say it’s my favorite part, but it’s way up on the list; because I like to talk!  but it’s very important. We’re starting our 14th year of doing ‘Kids Matter.’”

Daniel began trying to list the various local businesses, industries and agencies that support what CCK does, but he became concerned that he would miss names from such a long list, so he simply concluded:

“This whole community–I don’t want to single out anybody, because I’m afraid I’ll leave somebody out–this whole community is the most wonderful place to live, and raise your children, and have a family, because this community really does seriously take care of its own.  And that’s awesome!”

CCK has immediate need of cereal, especially kids’ cereals.  In the near future, the organization will need increased donations of peanut butter and jelly, mac and cheese, canned pasta and other popular kids’ foods.

CCK, through partnerships with the North Alabama Food Bank, Publix and Wal-Mart, can purchase food items in bulk, in some cases for less than 10 cents per pound.  If you want to help, but are uncertain about what food to donate, be assured that CCK can make your monetary donation go a long way.

For more information or to become involved, visit www.cullmancaringforkids.com or call  256-739-1111.