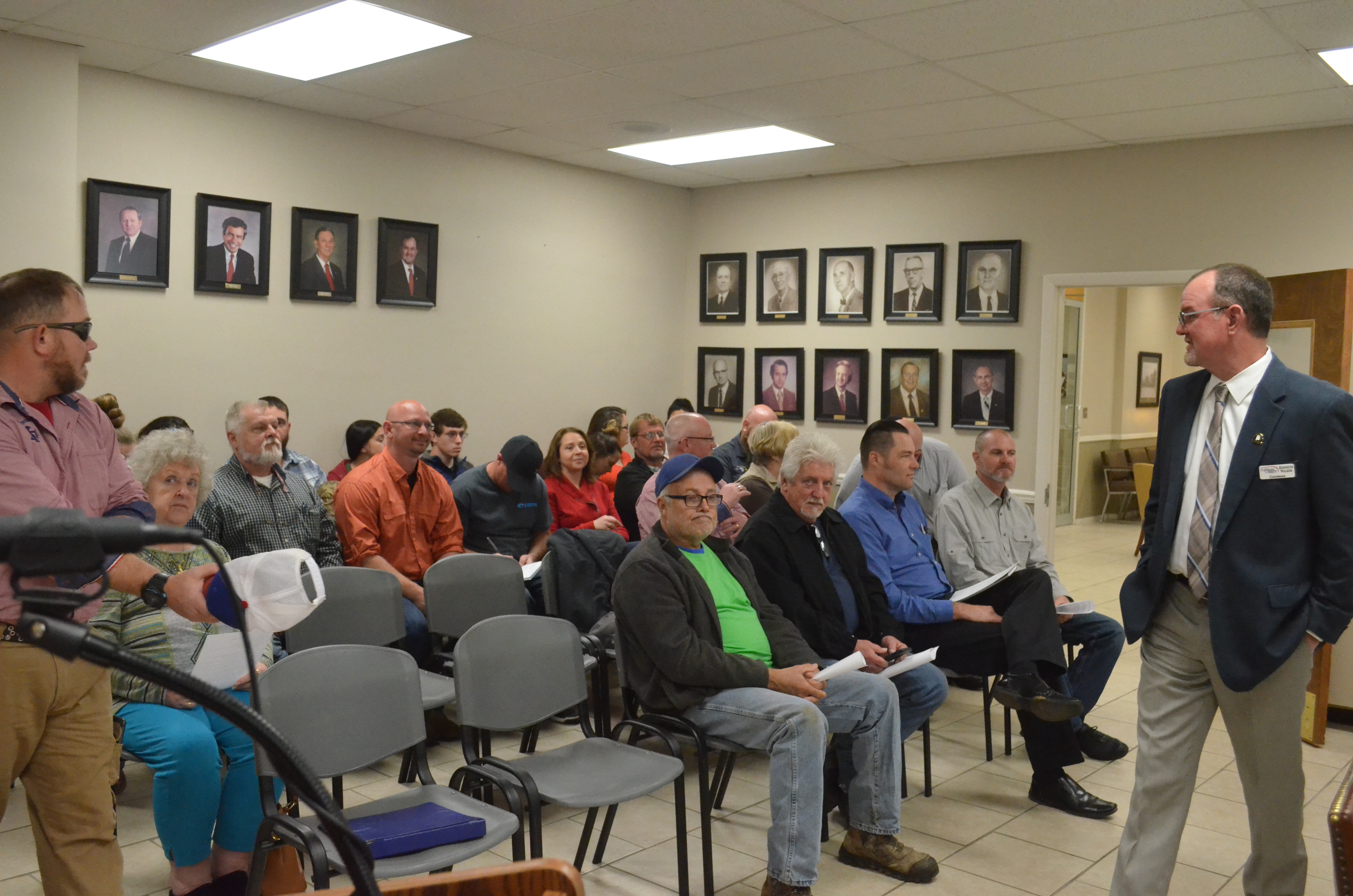 CULLMAN – The Cullman County Commission Tuesday morning decided to take a step back on the recently-implemented no-cooler rule at Stony Lonesome OHV Park. After public backlash, the commission changed that rule. Now, patrons will be allowed to have coolers on the trails, but there will be mandatory cooler checks upon entrance to the trails and random checks on the trails for alcohol and safety harnesses. Patrons found with alcohol will be ejected from the park with no refunds.

The commission approved several rule changes for Stony Lonesome OHV Park back on Feb. 27 in response to a fatal wreck at the park that claimed the life of 21-year-old Hannah Bates.

At its meeting Tuesday morning, the commission heard several opinions from park supporters who disagreed with the no-cooler rule. The supporters gave a variety of reasons for disagreeing, ranging from the need to have cool drinks on the trail in the heat, to maintaining the popularity of a local attraction, and being skeptical that the rule would prevent people from carrying alcohol onto the trails. Many of the supporters said they believe that a lot of the problems could be solved by better enforcing current policies rather than adding new ones.

“Mr. Chairman, I want to first thank y’all for reconsidering the decision that was made at the previous meeting about no coolers, but we ask that we be able to check the coolers. It’ll be mandatory at the gate when you go into the trail entrance and they’ll be randomly checked throughout the park, patrolling the trails not only for coolers for alcohol but making sure that they are wearing their safety harness and their seat belts,” Davenport said. “If we do find alcohol in there, we want to keep it family-friendly and get the permission to eject them from the park immediately without any refunds.”

After hearing from Davenport and several park supporters, the commission approved the change to the cooler policy. Commissioners Garry Marchman and Kerry Watson, as well as Commission Chairman Kenneth Walker, agreed that the initial cooler policy was not handled as well as it could’ve been and thanked all of the park supporters who attended the meeting to voice their dissent.

After putting the new park rules in place, the commission moved on to new business, starting with an Amendment 772 hearing to consider a development agreement between the commission and AGCOR Steel. AGCOR is moving from Vinemont to Good Hope, a joint effort between the City of Good Hope, City of Cullman and Cullman County. AGCOR is spending $400,000 on the project, with the three local governments each providing $133,333 in tax incentives. A resolution must be passed by each of the three government entities before the deal can go forward. Good Hope passed its resolution on Feb. 26. Cullman will hold its Amendment 772 hearing on March 26.

“The importance of this project is not only adding a new facility, it’s keeping a company here in Cullman County. It’s the retainment of jobs here in Cullman, 26 jobs currently, that would go somewhere else if this agreement does not work out, but also the adding of 25-30 new jobs. The agreement is to pay back the value of the land based on the County giving a half-cent, Good Hope giving a half-cent and Cullman giving a half-cent. It’s nine percent sales tax in Good Hope now, you would be paying a cent and a half to get 6-and-a-half cents, but in terms of the County, to make a ratio that is simple to understand, for every 5 cents you would be rebating you would gain nine cents,” Kennedy said. “At the projected sales tax, Cullman County would have a net revenue of $36,000 a year on new money. This is money that doesn’t exist already in Cullman County. You also retain original sales tax so the sales they already were doing in the county, you will not be rebating those taxes. I think its important that we do this project to keep a Cullman-based company in Cullman and bring us some new jobs, but also retain some local peoples’ jobs.”

After hearing from Kennedy, the commission approved Resolution 2018-16 to sign Amendment 772 for AGCOR Steel. The resolution states that the commission was able to find a beneficial public purpose for the citizens of Cullman County in order to sign the development agreement with AGCOR.

Next, the commission approved an abatement for North Alabama Fabricating Company (NAFCO) in the amount of $2,288,850 for equipment and machinery over the next 10 years. The community will receive a $2.3 million investment as a result as well as $80,000 in tax revenues for education during that time.

The commission authorized Walker to sign the Federal Transit Administration (FTA) Fiscal Year 2018 Certifications and Assurances on behalf of CARTS.

It also authorized the county administrator to sign change orders to the Smart Fusion Software Agreement and authorized Walker to reappoint Joe Minor to the Joppa Water Board for a six-year term expiring March 1, 2024.