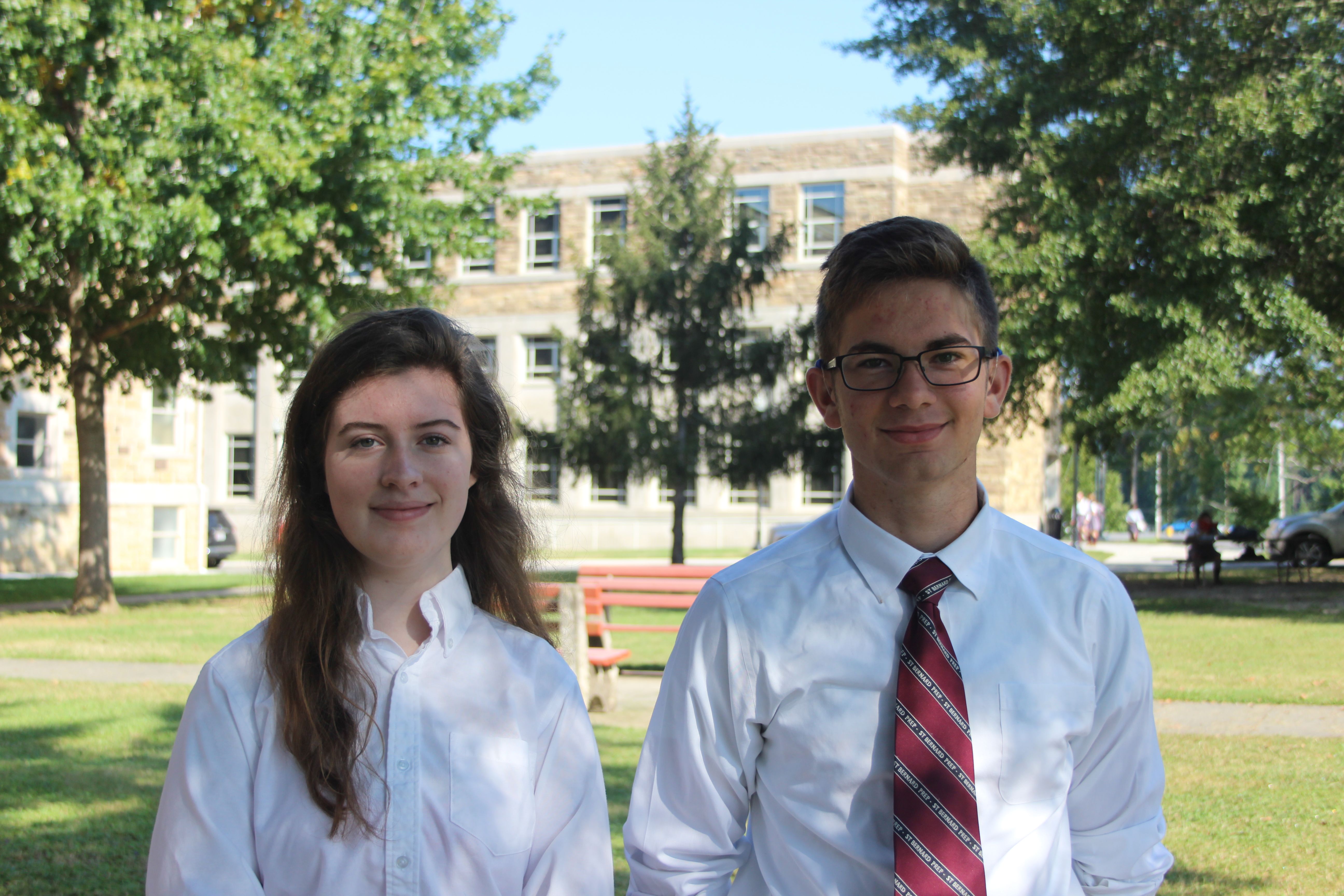 CULLMAN – Two Saint Bernard Preparatory School seniors have advanced as finalists in the 2018 National Merit Scholarship Program. Gigi Griffin and Andrew Sweeney are now in contention for some of the nation’s top scholarships awarded to high school seniors.

The National Merit Scholarship Program is an academic competition for recognition and scholarships that began in 1955.

Of the 1.6 million entrants in the 63rd annual competition, some 50,000 with the highest PSAT/NMSQT Selection Index scores (calculated by doubling the sum of the reading, writing and language, and math test scores) qualified for recognition in the National Merit Scholarship Program.

About 16,000 students of the 1.6 million entrants earn semifinalist status. These academically talented high school seniors have an opportunity to continue in the competition for some 7,500 National Merit Scholarships worth about $32 million that will be offered this spring.

About 1.6 million juniors in more than 22,000 high schools entered the 2018 National Merit Scholarship Program by taking the 2016 Preliminary SAT/National Merit Scholarship Qualifying Test (PSAT/NMSQT), which served as an initial screen of program entrants. The nationwide pool of semifinalists, representing less than one percent of US high school seniors, includes the highest scoring entrants in each state. The number of semifinalists in a state is proportional to the state’s percentage of the national total of graduating seniors.

A semifinalist must have an outstanding academic record throughout high school, be endorsed and recommended by a high school official, write an essay and earn SAT scores that confirm the student’s earlier performance on the qualifying test.

From the approximately 16,000 semifinalists, about 15,000 advanced to the finalist level, and in February were notified of this designation. All National Merit Scholarship winners will be selected from this group of finalists.

Griffin and Sweeney started St. Bernard Prep School as freshmen and have served in many areas of leadership, community service, athletics and more.