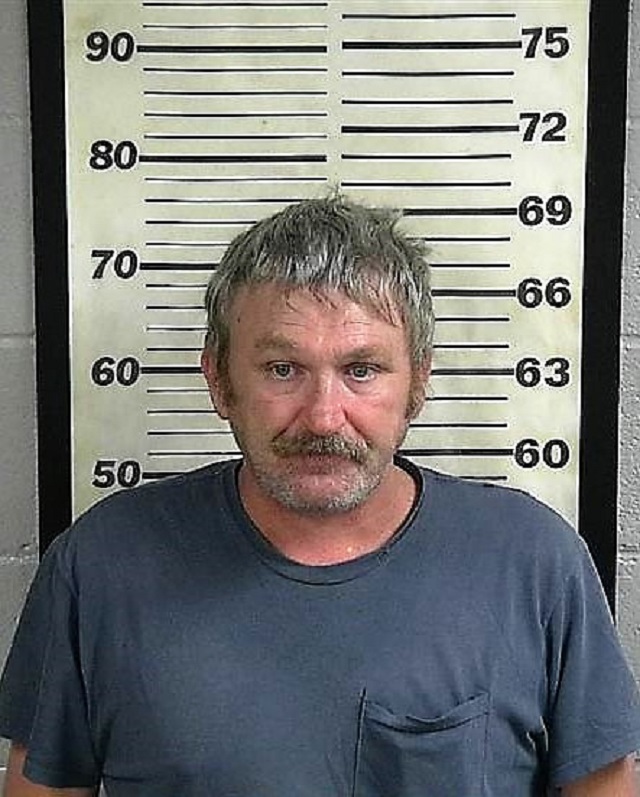 CULLMAN – A Hanceville man is behind bars, charged with first-degree robbery, after he allegedly robbed Traditions Bank in downtown Cullman Friday morning.

According to Cullman Police Department Lt. Gene Bates, on Friday, Oct. 6, shortly after 10 a.m., a white male, now identified as Joseph Lee Phillips, 49, entered the bank, located at 109 Second Ave. NW and passed a note to a teller demanding money. Phillips claimed to be armed, but there was no weapon visible to bank employees. He obtained an undisclosed amount of money and left the bank. Bates said Phillips had parked his vehicle, a Jeep Liberty, in the bank’s parking lot. He left the bank driving south on U.S. Highway 31.

Bates said Officer Brandon Patterson, who was off duty but in town for departmental business, made contact with the Jeep, prior to the description being released, and stopped the vehicle for a traffic violation. As soon as the description of the suspect and vehicle went out, Patterson immediately recognized the suspect as the individual he had just stopped. He provided the information to investigators, who were then able to locate Phillips and the Jeep at a family member’s residence.

Phillips was arrested for first-degree robbery and an outstanding misdemeanor warrant with Cullman County Sheriff’s Office. He is currently being held in Cullman County Detention Center on a $60,000 property bond for the robbery charge; however, he is being held without bond on the CCSO warrant.

“I would like to commend Officer Patterson for a job well done. Even though he wasn’t on duty in terms of his patrol shift, he still monitored he radio and CAD System (computer aided dispatch) which is what allowed us to quickly make an arrest in this case,” said Bates. “You often hear the saying that an officer is never really off duty; well this is a perfect example of this being true.”