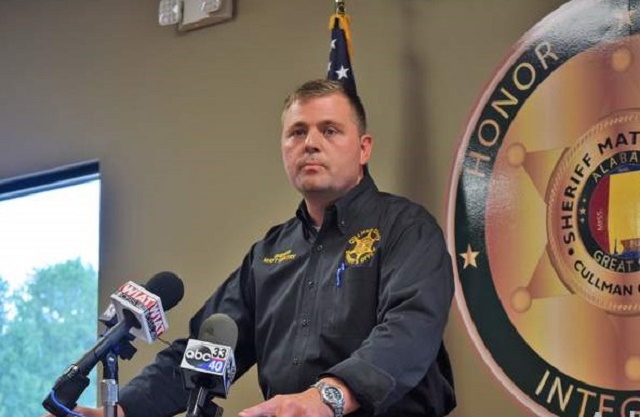 CULLMAN – Last week, the Cullman County Commission passed a $54,233,848 budget, a 2.61 percent increase over last year’s total of $52,856,558.  Increased healthcare costs (which have risen almost $2 million in the last five years) and employee step increases were cited as major reasons for the increase.  Included in the budget was a 3.14 percent pay increase for all County employees.

Employees of the Cullman County Sheriff’s Office, though, will receive a higher increase, at 4.1 percent.  The CCSO received a restructuring of its payroll in the overall county budget, setting it up as an item separate from the County’s main employee payroll.  The extra raise was the product of Sheriff Matt Gentry’s desire to make his deputies’ pay more competitive with other law enforcement agencies across the state, and was paid for out of the sheriff’s own discretionary fund.

Gentry explained, “I submitted, in my budget proposal to them, for our own sheriff’s office pay plan.  The other thing I asked for was 16 more deputies; we’ve not added deputies since ‘09.  The third thing I added: we’re 12 percent below the state average on our starting pay for our deputies.

“They did not take those.  They did accept the separate pay plan.  So we went back to the drawing board.  And basically, the commission said, ‘Here’s an amount of money which would equal to the 3.14 percent that all the other county employees got.’  They said, ‘You can either hire more deputies, or you can get pay raises.’

“So we took it a step further, and worked with the HR department, who did a very good job, and we created a thing that said, okay, we give a 4.1 percent raise at the sheriff’s office, to try to raise starting pay for the employees; so we did that.

“And I offered annually to give the commission another $50,000 a year.  We gave them an extra $50,000, so we could get the employees starting pay up; but we have to do it annually.

“We are so far below, just on starting pay, across the state.  We’re still (even with the raise) eight or nine percent away from the state average.  This is just the first step in our plan to try to implement those, to get us to the state average for our deputies and employees here at the sheriff’s office.

“The other thing that we’re facing is the (number) of employees that we have.  Essentially, we’ve not added deputies since ‘09.  I know it’s expensive, because any time you add employees, you add benefits and those things.  We answered 48,000 calls for service this year.  Since 2011, we’re growing three- to four-thousand calls a year, with the same number of deputies.”

According to the County’s 2018 budget report, the CCSO has the largest number of employees of any department, with most employed as frontline patrol officers or detention center staff.  Its 33 patrol officers and staff, the most visible arm of the CCSO, cover the 755-square-miles of Cullman County (excluding the cities of Cullman and Hanceville) with fewer than 10 deputies per shift.  The detention center houses up to 326 male and female inmates, including local, state and federal prisoners.