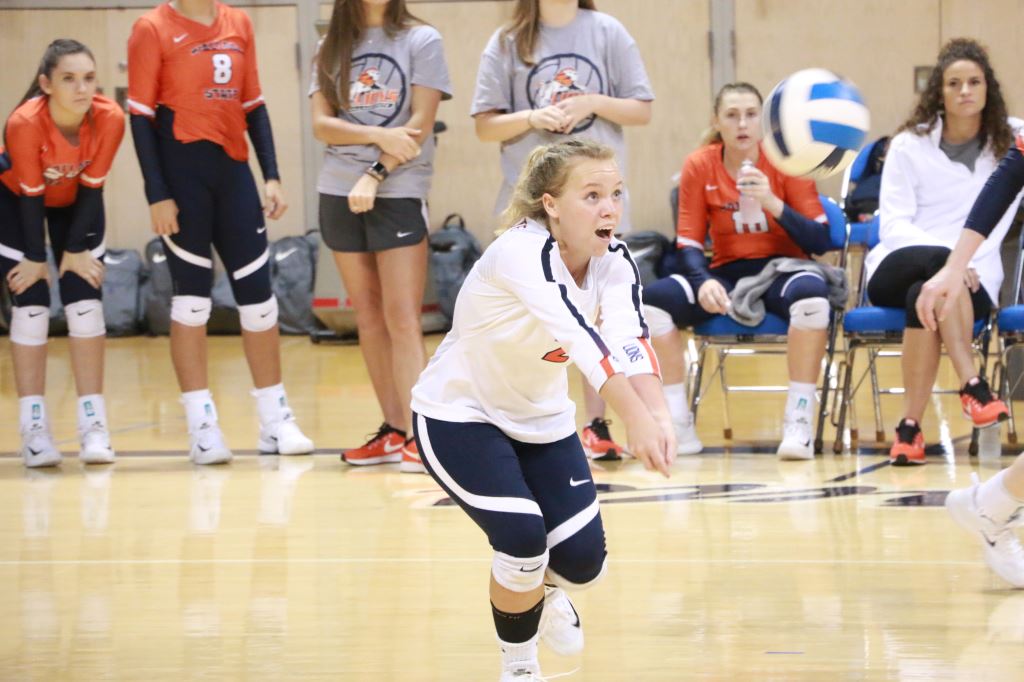 “We were much more focused against Lawson State than we were on Wednesday, and Lawson State is much improved. We were very balanced and had a lot of players to perform well. We don’t have the talent where we can relax at any point. We have to fight,” said Wallace State coach Randy Daniel, “I’m looking for players to step up and take hold of certain positions.”

Sophomore Abby Borden, an Arab grad, racked up 39 assists after entering the day fourth in the NJCAA ranks in assists and being named the ACCC Player of the Week.

Emily Wilson had 17 digs against the Cougars.

In Wednesday’s triumph over Southern Union, Borden finished with 31 assists and four digs, and Wilson racked up 23 digs.

Wallace State travels to Gadsden State on Wednesday for a conference match. The Lions return home on Thursday to host Bevill State and Wallace-Selma.

Wallace State freshman Michaela Bryan was named to the All-Tournament team in her first collegiate tournament. Bryan shot an 8-over par 80 in the opening round and a 44 on the front nine on Tuesday before rain cut the tournament short.

The Lady Lions finished with a 503 as a group. Freed-Hardeman University won the tournament with a 473.

Annalee Stephens, last year’s ACCC tournament low medalist, and Dalys Mullican, both sophomores, each finished with a 126 for Wallace State. Anna Seahorn carded a 127 and Anna Williams a 135.

The Lady Lions compete in Melbourne, Florida this weekend.