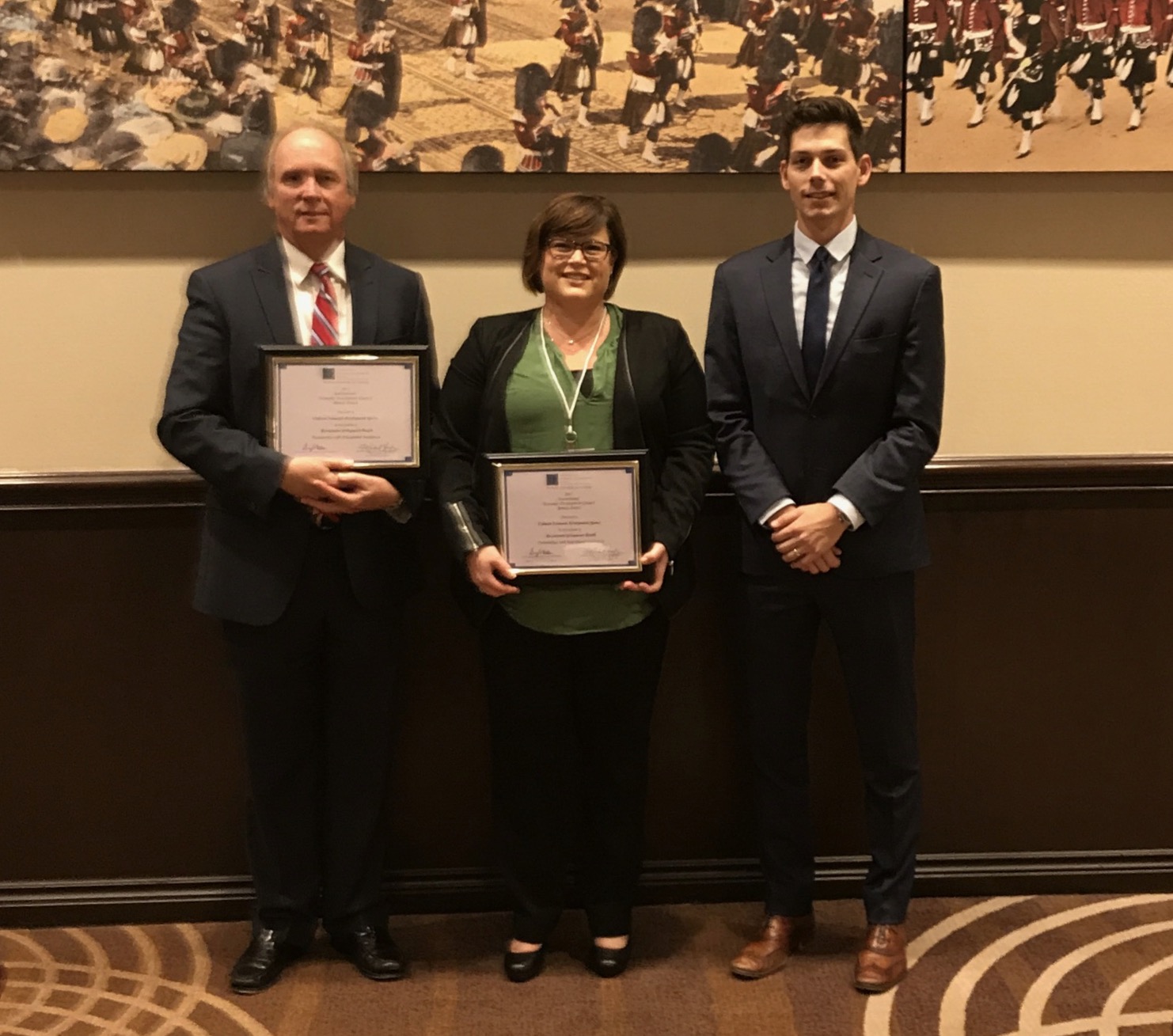 The honor was presented at an awards ceremony on Tuesday, Sept. 19, during the IEDC Annual Conference, which was held Sept. 17 – 20, in Toronto, Ontario, Canada.

“On behalf of the IEDC board of directors and Excellence in Economic Development Awards Advisory Committee, congratulations to the Cullman Economic Development Agency. Not only did they work to provide a necessary service to their community, but also, their participation in the awards program sheds light on their stellar projects which other communities can now use as a benchmark,” said Michael Langley, FM, CEO of GREATER MSP, Minneapolis–St. Paul, Minnesota, and 2017 IEDC board chair

Cullman had originally been eliminated from consideration for Sequence Health’s new medical contact center project that would create 128 jobs in the community. The problem was, Sequence had already terminated its building lease in Atlanta and could only consider existing buildings because it only had a few months to relocate.

Cullman was extremely interested in the project, however, because Sequence is a medical contact center (call center) and offers a totally new type of industry to the community. Wallace State has nearly 2,000 students enrolled in nursing programs and other types of health field courses, so it seemed like a perfect fit.

Company officials had toured Wallace for information on the college and health care programs, and they were convinced they could recruit workers from the student population and former students, but the lack of an available building was still the show stopper and the company said there was simply not enough time to consider allowing the community to build one.

That changed when Wallace State President, Dr. Vicki Karolewics offered Sequence operating space for a year (or as long as necessary) in the Bailey Building on campus while a building was being constructed. Sequence agreed this might be an option, and that allowed the industrial development board to work with TVA on assistance with financing.

The details for a lease agreement fell into place and a new 15,000-square-foot building in Cullman Industrial Park 3 on County Road 222 is expected to be completed in early November.  Sequence has more than 30 employees at Wallace and committed to grow to 128 employees when the new building is completed. Company forecasts predict the workforce could exceed 300 people in the next five years.

Without the partnership between WSCC, the City of Cullman, the CEDA and TVA, Sequence Health would not be in the Cullman community today.

“That kind of community cooperation and support is the type of spirit that has contributed to Cullman and Cullman County being one of the most successful counties in Alabama year after year for the recruitment of new industry and growth of expanding industry,” said CEDA Director Dale Greer. “We are always looking for ways to create jobs and opportunities for our people. I am proud of this award because it honors partnerships, and that is critical to our success.”

“The awards process is a thorough, non-biased and multi-layered process. These are extraordinary accomplishments for all winners and an overall great effort by all participants. We look forward to next year’s awards competition,” Langley said.

About the International Economic Development Council

The International Economic Development Council (IEDC) is a non-profit membership organization serving economic developers. With more than 5,000 members, IEDC is the largest organization of its kind. Economic developers promote economic well-being and quality of life for their communities, by creating, retaining and expanding jobs that facilitate growth, enhance wealth and provide a stable tax base. From public to private, rural to urban, and local to international, IEDC’s members are engaged in the full range of economic development experience. Given the breadth of economic development work, our members are employed in a wide variety of settings including local, state, provincial and federal governments, public-private partnerships, chambers of commerce, universities and a variety of other institutions. Among many activities which benefit the economy, IEDC’s members create high-quality jobs and develop vibrant communities. www.iedcONLINE.org.