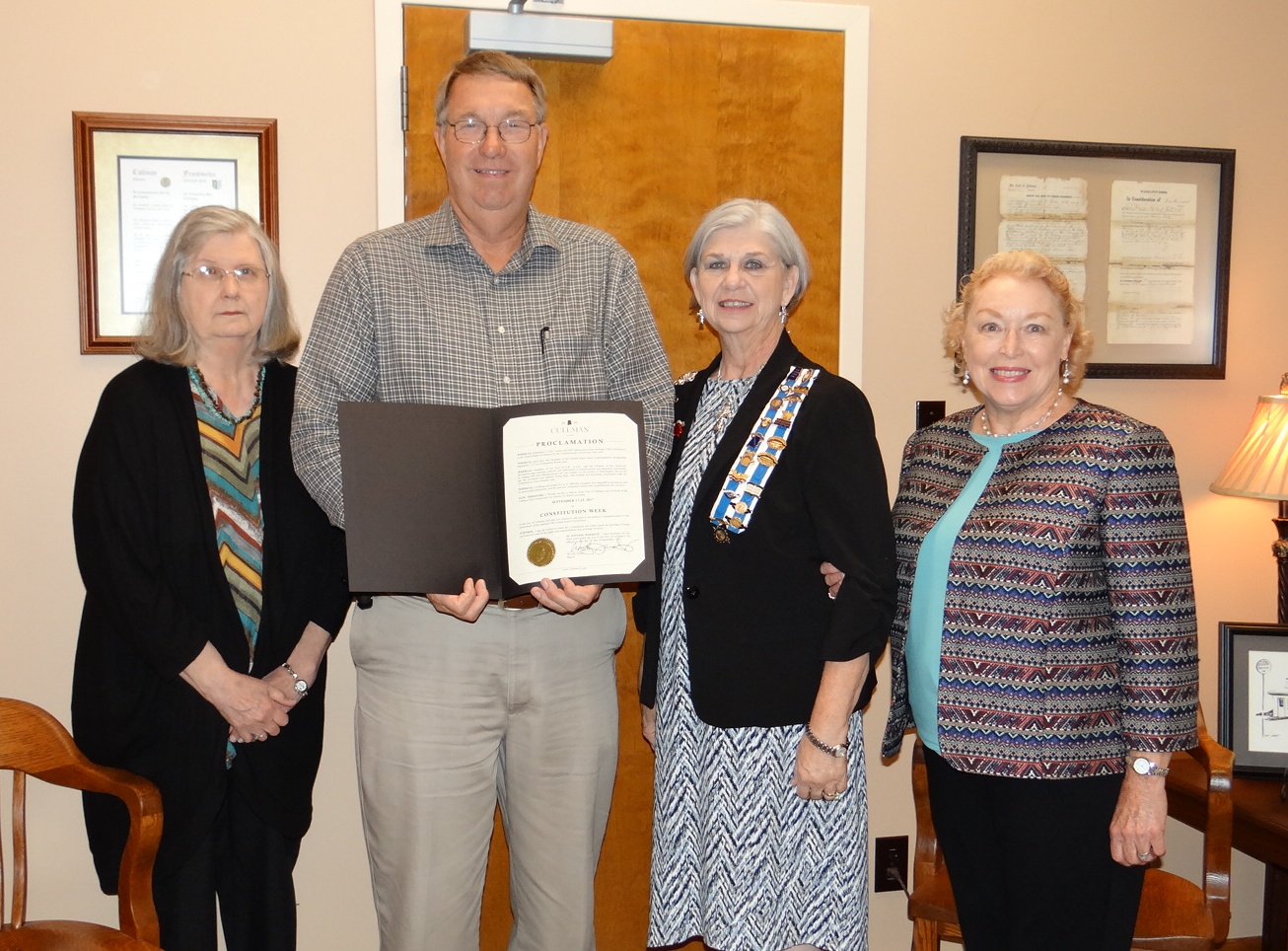 CULLMAN – Cullman Mayor Woody Jacobs has officially proclaimed the week of Sept. 17-23, 2017, “Constitution Week” in the city of Cullman.

On Sept. 17, 1787, the delegates to the Constitutional Convention met to sign the U.S. Constitution. Sept.17, 2017, marks the 230th anniversary of this historic event.

The tradition of celebrating the signing of the U.S. Constitution goes back to 1955 when the Daughters of the American Revolution petitioned Congress to set aside Sept. 17-23 each year for the observance of Constitution Week. Congress adopted the resolution and it was signed into Public Law 915 on Aug. 2, 1956, by President Dwight D. Eisenhower.

The goal of Constitution Week is to emphasize citizens’ responsibilities for protecting and defending the Constitution and preserving it for posterity, to inform the people that the Constitution is the basis for America’s heritage and the foundation for the American way of life, and to encourage the study of the historical events which led to signing of the Constitution in September 1787.

“I am proud to join with the D.A.R. and other patriotic organizations in encouraging people to read and understand our U.S. Constitution,” said Jacobs.

Patricia Kahler, Rhonda Van Zandt and Julia Floyd, members of the Dripping Springs Chapter of the Daughters of the American Revolution, were present to receive the official proclamation from Jacobs.

To learn more about the U.S. Constitution and other historical documents, visit www.archives.gov.