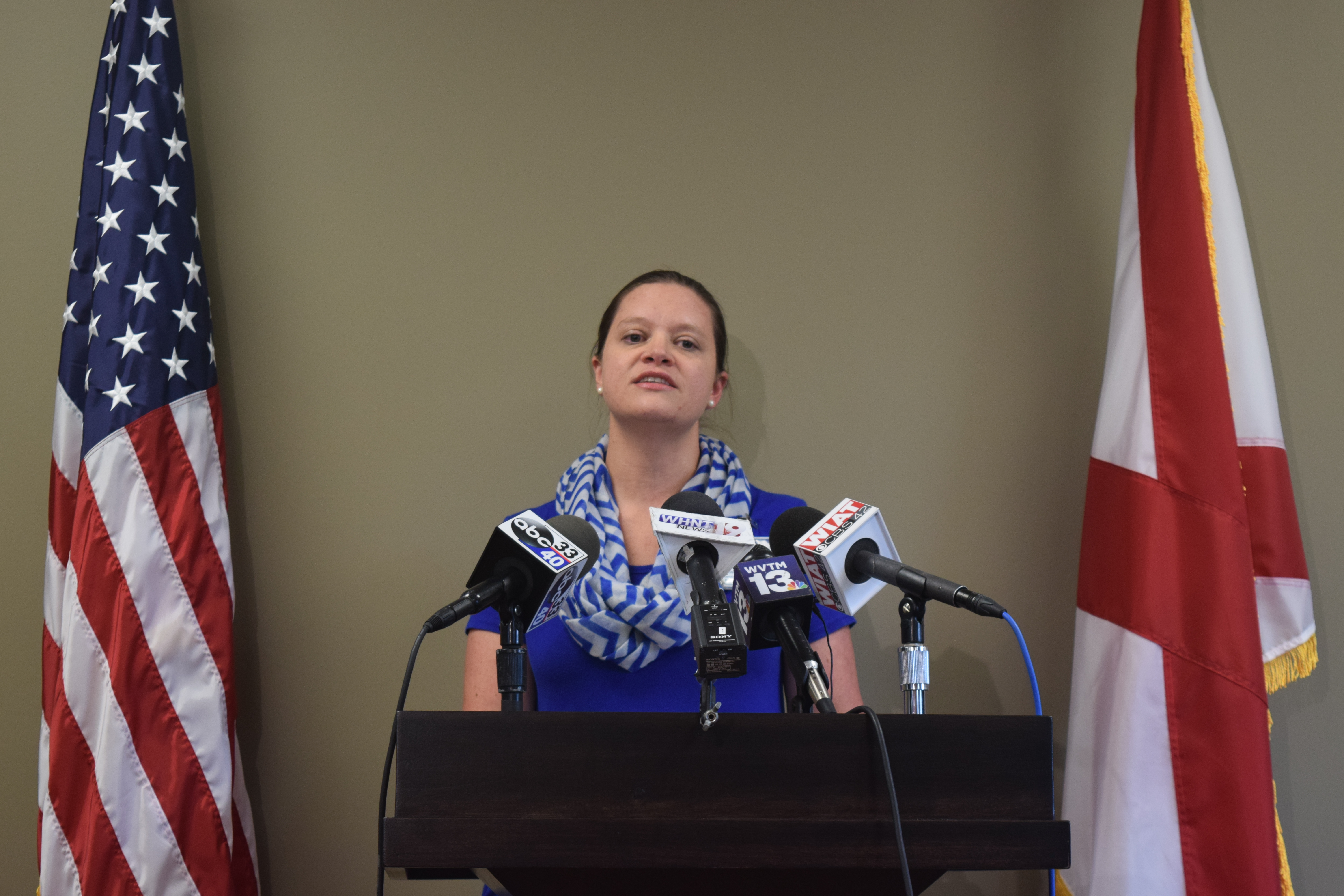 Stephen Griffith, 73, of Vinemont, was a prominent Cullman attorney. The assailant has been identified as Patrick O. Walker, 45, of Jones Chapel. Cullman County Sheriff Matt Gentry confirmed Monday night that Stephen Griffith was shot. He did not elaborate on the assailant's manner of death.

The deadly incident occurred sometime after 5 p.m. Monday, July 17, according to Gentry.

“First, on behalf of the hospital administration, I want to acknowledge and thank Sheriff (Matt) Gentry and his team for the professional and compassionate job that they have done with this case,” began Dossey.

“Also, I just want to remind the media that due to HIPPA rules and regulations, that there is very limited information that we can share from the hospital; however, due to the high-profile coverage and the outpouring of love and compassion by our community, the family has agreed to share some very limited details, and so I’m going to be reading a prepared statement. If there’s a couple of questions afterwards, you can ask; I cannot make any promises that I’ll be able to answer those.

“The patient, Jackie Griffith, is being treated by our medical team and remains in good condition. She and the family want to thank the community for their prayers, but they also ask that everyone respect their privacy as they continue to heal and mourn through this process.”

Dossey confirmed that Jackie Griffith is Steve Griffith’s wife and that she is in good condition.

“I would say our community is a very loving, compassionate community. In times of need, we come together. And so, I think that the family understands and appreciates the fact that our community just wants to love them and pray for them during this time.

“I think, we have seen that a lot, over the last few days, and I anticipate that they will continue to see that. Because that’s what our community is really good at. We’re good at loving each other.”

Gentry, still visibly affected by the ordeal, held a press conference Tuesday afternoon about the incident. He spoke candidly, and with passion, about what he feels is the state’s failure to properly care for its mentally ill citizens.

“A little bit after 5 p.m. yesterday, a little bit kind of close to 6, an individual that we’ve identified as Patrick Walker went to Mr. Steve Griffith’s residence with the intention of killing him,” said Gentry. “He went inside the residence and shot Mr. Griffith. At this time, there was another occupant (now identified as Jackie Griffith) in the residence, who then ensued in a struggle with Mr.  Walker, and after a long struggle, killed Mr. Walker.”

He continued, “This is a subject that we’ve talked about many times. It’s a subject that makes me angry to talk about, and that’s mental illness. Through the investigation, our investigators have worked throughout the night, and are continuing to work. What we have identified (is) that in 1997, there was a case involving Mr. Walker, and for the last decade he believed that the victim had a part to play in a case that he was involved in. We’ve identified that Mr. Walker had mental issues. Mr. Walker became infatuated with Mr. Griffith, even though they had no connection. There was no connection between the two. And yesterday, that mental illness led Mr. Walker to Mr. Griffith’s residence, in which he took his life.”

Said Gentry, “In Mr. Walker’s mental state, he believed there was a connection. There was not.”

Since early Monday evening, there have been rumors swirling around town and on social media about the details of the incident. Gentry addressed those directly.

Gentry confirmed that Walker had been treated in the past, “in the last 20 years.”

According to the sheriff, Walker walked into Griffith’s home Monday night with his own weapon, a pistol, which he was legally allowed to own.

The sheriff’s office is not releasing any details about how Walker was killed, with Gentry saying only, “He was not shot.”

He shared, “Cullman County is a great community. We’re a very tight-knit community. I have people come to my house every day. I know some. Some I don’t.

“We live in a community where we help each other. It’s not uncommon for citizens in Cullman County to know that maybe somebody’s an attorney, someone’s in law enforcement. Hey, they come to your house to ask for help. That’s not an uncommon practice in our community. We live in a great community, where our main focus is to help each other.”

Asked to speak about his relationship with the victim, Gentry, obviously emotional, said, “I’m going on my 18th year in law enforcement; I have many friends. Steve Griffith was my friend.”

Griffith was a longtime attorney in Cullman, and was most recently a partner in the law firm of Griffith, Lowry & Meherg. He also served as a member on the Cullman County 911 Board. According to his firm's website, Griffith had practiced law for 49 years.

The firm released the following statement: “Our hearts are broken. We have lost our senior partner, our mentor, our friend. No one will ever be able to replace Steve Griffith. He was larger than life. We will miss him more than words can express. Our hearts and prayers go out to Steve’s family.”