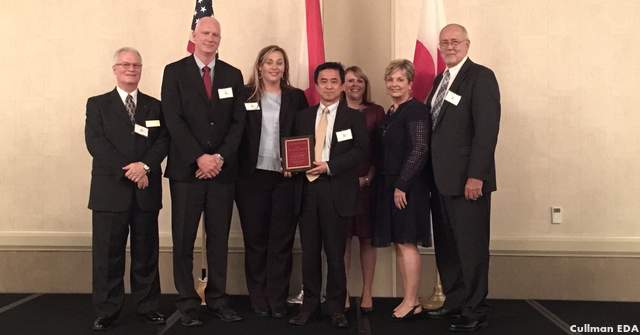 CULLMAN – Topre America (TA), a major producer of pressed metal components for the automobile industry, is bringing new leadership to its headquarters in Cullman.  Vice President Brad Pepper shared a little about the change.

According to Pepper, Cullman was the site of the first Topre plant outside of Japan.  Since that time, Cullman has become the hub of a multi-state U.S. operation with additional plants in Tennessee, Mississippi and Ohio, and an engineering office in Toledo, Ohio.

For several years, Senior Vice President Hiroki Fujiwara has been in charge of Topre’s American operations.  On Friday, July 14, he will depart from Cullman to return home to the Topre Kyushu plant in Fukuoka, Japan, where Topre has recently set up a hot stamp press line similar to the newest production line whose construction he oversaw in Cullman.  Fujiwara’s family already lives in Fukuoka.

The company will officially say farewell to Fujiwara during a reception at Terri Pines on Friday.