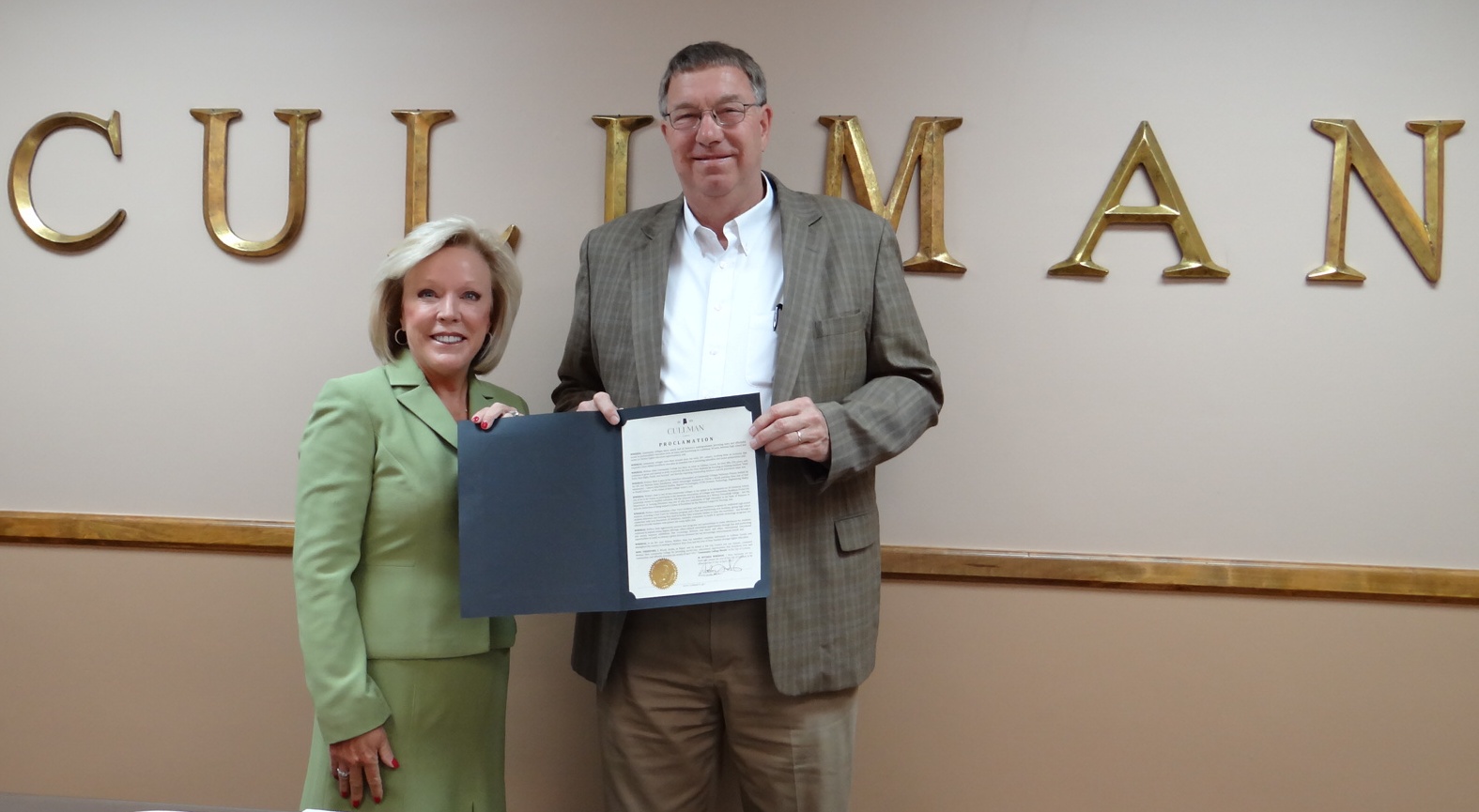 The proclamation reads as follows:

WHEREAS, community colleges serve nearly half of America’s undergraduates, providing open and affordable access to postsecondary education close to home and functioning as a pathway, of sorts, between high school and career (or further higher education opportunities); and,

WHEREAS, community colleges have been around since the early 20th century, evolving from an economy that required a more skilled workforce; now play an essential role in providing education and career preparation; and,

WHEREAS, Wallace State Community College has been an asset to Cullman County for over fifty (50) years, and continues to grow and expand in order to provide the best for their students by focusing on helping students “Start Early, Start Right, Finish, and Succeed” and thereby reporting outstanding licensure and job placement rates; and,

WHEREAS, Wallace State is part of the American Association of Community Colleges Pathways Project, funded by the Bill and Melinda Gates Foundation, which encourages students to choose a broad pathway from one of four metamajors – Liberal Arts/General Studies, Applied Technologies, STEM (Science, Technology, Engineering, Math), or Health Science – at the outset of their college careers; and,

WHEREAS, Wallace State is one of two community colleges in the nation to be designated an All-Steinway School, one of ten to be chosen to participate in the American Association of Colleges and Universities Roadmap Project for leadership related to student outcomes, and has achieved the distinction as a Military Friendly® College – and the Department of Nursing Education was one of only two institutions of high education in the State of Alabama to earn the distinction of being named a Center of Excellence by the National League for Nursing; and,

WHEREAS, Wallace State maintains a Fast Track Academy and dual enrollment program for motivated high school students, including a Fast Track for Industry program and a Fine and Performing Arts Academy, giving high school students education and training they need to further their academic studies or enter the workforce – and through a connection with local businesses & industries, stackable credentials in health & applied technology programs are offered to provide students with proven job-ready skills; and,

WHEREAS, in its 50+ year history, Wallace State has benefited countless individuals in Cullman County and throughout the country in seeking to improve their lives and the lives of their families through higher education.

NOW, THEREFORE, I, Woody Jacobs, as Mayor and on behalf of the City Council and our citizens, commend Wallace State Community College for providing world-class educational opportunities that transform lives and communities and officially proclaim the month of April 2017 “Community College Month” in the City of Cullman.

IN WITNESS WHEREOF, I have hereunto set my hand and caused the seal of the City of Cullman to be affixed on the 10th day of April, 2017.