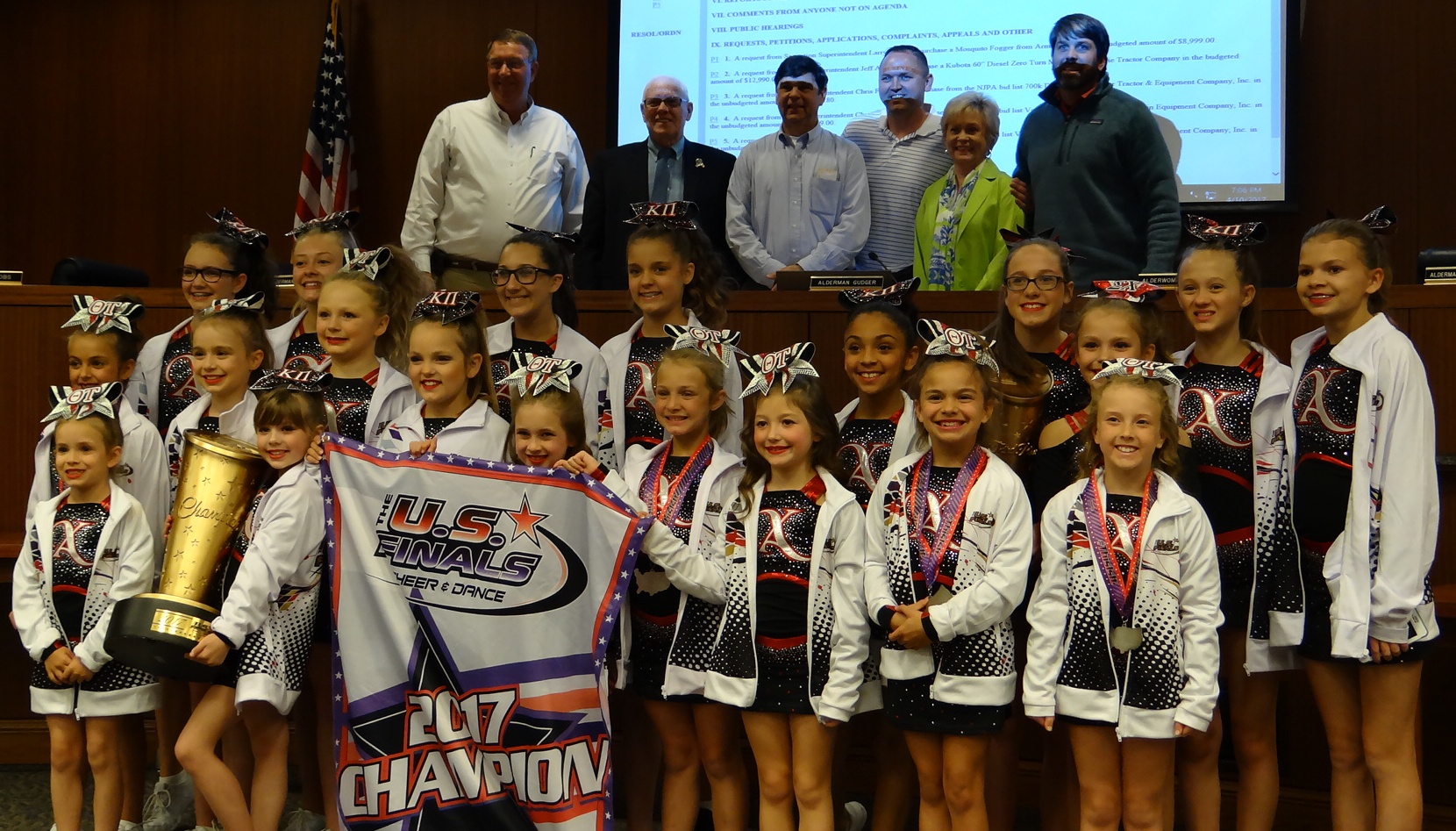 CULLMAN – At this week’s Cullman City Council meeting, the mayor and city council formally recognized the Cullman Gymnastics & Cheer Academy's Xtreme Allstars for their accomplishments at the U.S. Finals Cheer & Dance held April 8-9, 2017, in Pensacola, Florida. On behalf of the mayor and council, Councilmember Clint Hollingsworth presented the teams with a signed and framed resolution. The resolution reads as follows

WHEREAS, on April 8-9, 2017, three of the Xtreme Allstars teams competed in the U.S. Finals Cheer & Dance in Pensacola, Florida, earning two 1st place trophies and one 3rd place trophy; and,

WHEREAS, the CGCA Xtreme Allstars deserve special commendation for their outstanding accomplishments, because we realize that it takes tremendous dedication, enthusiasm, hard work, sportsmanship, and teamwork to excel in any sport!

NOW, THEREFORE, BE IT RESOLVED, on the 10th day of April, 2017, that the Cullman Mayor and City Council, on behalf of our citizens, hereby extend this expression of pride in the accomplishments of the CGCA Xtreme Allstars and wish those teams that placed 1st the very best as they compete among the best teams in the nation in a virtual competition on May 24, 2017.