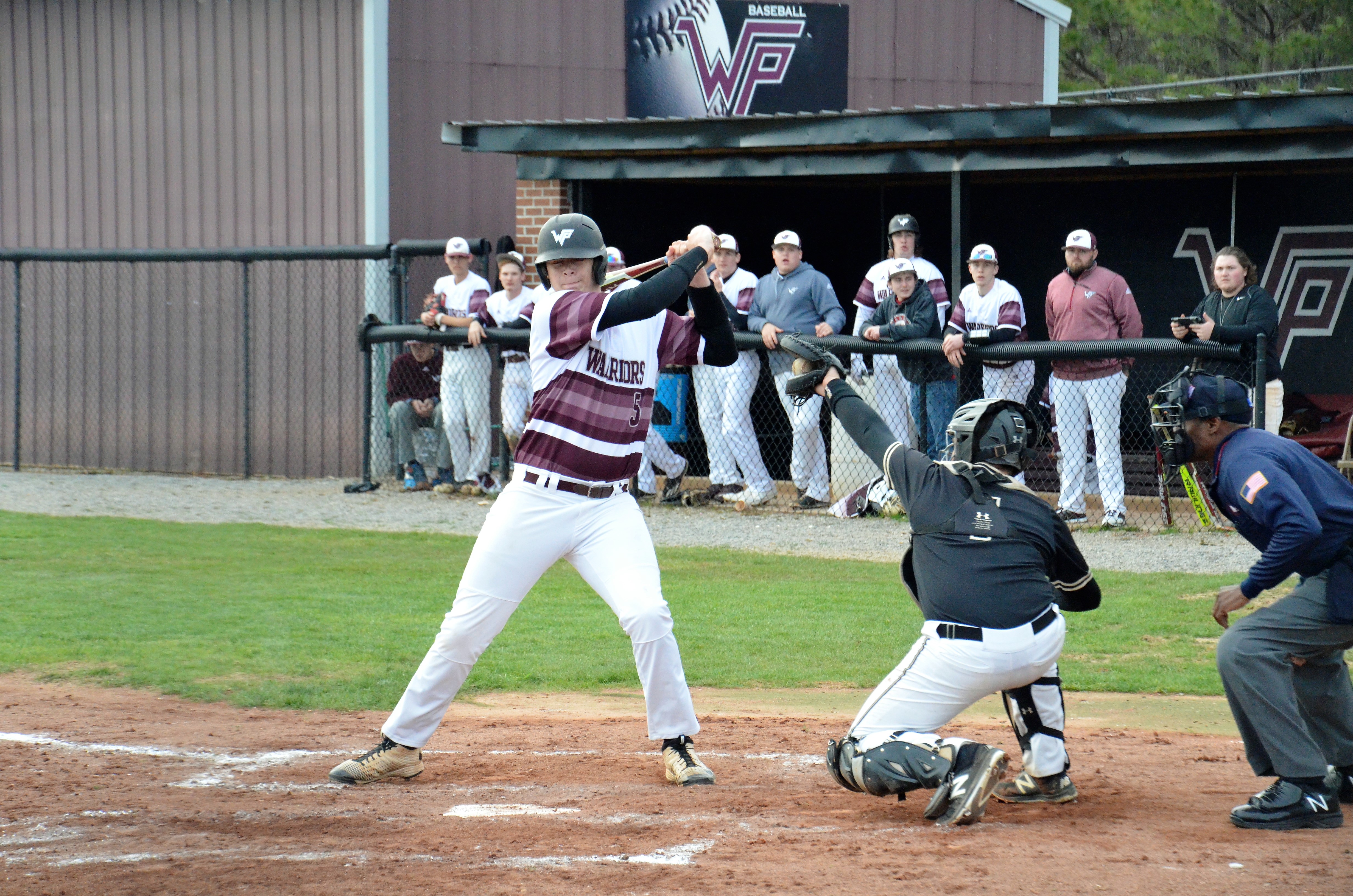 WEST POINT – There was plenty to choose from Thursday afternoon as softball, soccer, baseball and tennis were all competing on the grounds of West Point High School.

West Point scored early and often in their 10-0 mercy rule win over the Curry Lady Yellow Jackets. Jordyn Kimbrill got the Lady Warriors off to a great start as she slapped a pitch to right field that got through the legs of the Curry right fielder and rolled all the way to the fence allowing Kimbrill to rave all the way to third. Courtney Blackwood immediately chased her home with a double to make the score 1-0.  Blackwood wound up on third following a wild pitch, but it didn't matter, as Olivia Ball crushed a pitch over the centerfield fence for a two-run home run to make the score 3-0 after one.

The Lady Warriors went right back to work in the second, plating another run. Carlie Wilkins led off the inning with a base on balls. She came home to score two batters later when Makayla Brown singled her home.

After Josey Gammon kept the Lady Yellow Jackets off the scoreboard again, West Point was right back at it. Lillie Burdette started the inning with a walk and Hope Shedd followed in the same way. Two outs later, Kimbrill drew a walk to load the bases and Blackwood quickly unloaded them with a three-run double. Ball brought Blackwood home with a run-scoring double to push her RBI count to three. Wilkins and Gammon added RBIs in the bottom of the fourth inning to push the Lady Warrior lead to 10-0. West Point got three outs in the top of the fifth to invoke the mercy rule and the took the important area game in impressive fashion.

After losing to Hayden earlier in the week, West Point was in desperate need of a win and they were provided one thanks to Rylan Jones who picked up a walk-off single to catapult West Point to a 2-1 victory and force a game three in the series.

In game two, the Warriors dug themselves a 7-0 hole but they fought back and tied the game at seven in the fifth and took the lead for good in the sixth to give them the 2-1 series advantage.

Just like baseball and softball, it was a good day for the Warriors on the hard court as they overcame soggy, cold conditions to make short work of the Leeds Green Wave.

West Point hung tough with the Brewer Patriots Thursday afternoon, but two quick goals with less than 13 minutes left in the game proved to be the deciding factor as the Warriors fell 4-1.