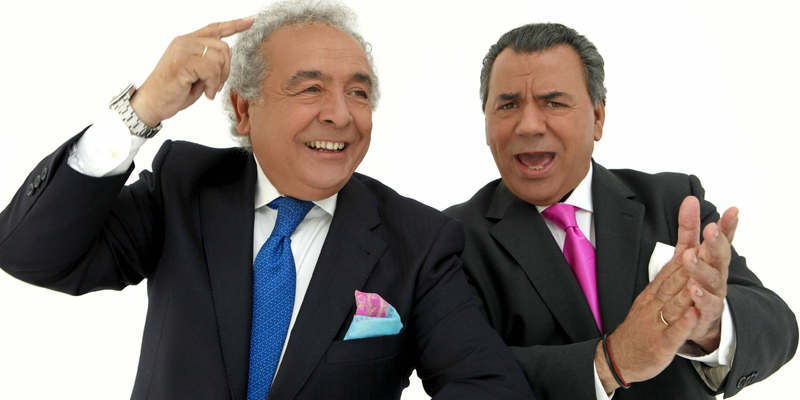 This song had the longest climb ever to no. 1 in the history of the charts, but it was worth it. “Macarena” held that position for 14 weeks, tying with six other songs for the second-longest run at no. 1 since the chart began in 1958!

They say that it started, as so many things do, with a girl…

Taken in part, from an article by Leila Cobo for filmmagic.com:

The singers, Antonio Romeo Monge and Rafael Ruiz were gypsy musicians from Seville, Spain (hey, you can’t make stuff like this up, lol ). Better known as Los del Río, the two friends were at a private party, just hanging out, when a beautiful Venezuelan girl walked by. “Rafael, what a beautiful thing,” Monge told his friend. And right there and then, he made up a little ditty for her: “Dale a tu cuerpo alegría Madalena/ Que tu cuerpo es pa' darle alegria y cosa Buena” (which roughly translates to: “Give your body happiness, Madalena, for your body is made to give it happiness and good things”).
Back in their hotel room that night, Monge fooled with the lyrics, changed the girl’s name to Macarena in honor of his daughter, and history was made!

Los Del Rio Team With Gente De Zona for 'Macarena' Remake in Cuba
The Bayside Boys' bilingual “Macarena” remix was released in August 1995. It went to No. 45 on the Billboard Hot 100 in its first run, dwindled, then exploded after WKTU in New York added the record in May 1996, and it eventually climbed to No. 1 on the chart Aug. 3, 1996.

As for the song's accompanying dance, Los del Río premiered “Macarena” at an edition of the annual Seville Fair, and there, the crowd spontaneously conceived the moves as a kind of easy rumba with the “Hey!” at the end for emphasis.

And what became of the gypsy friends, Antonio and Rafael? “We have no words to thank everyone,” Antonio tells Billboard. “We’re just two guys from a small town, doing things very humbly because we come from very humble families, we lost our parents very young, we’ve worked so hard."

Devotion – Dressing for the day

Editorial: What Do Moms Want?