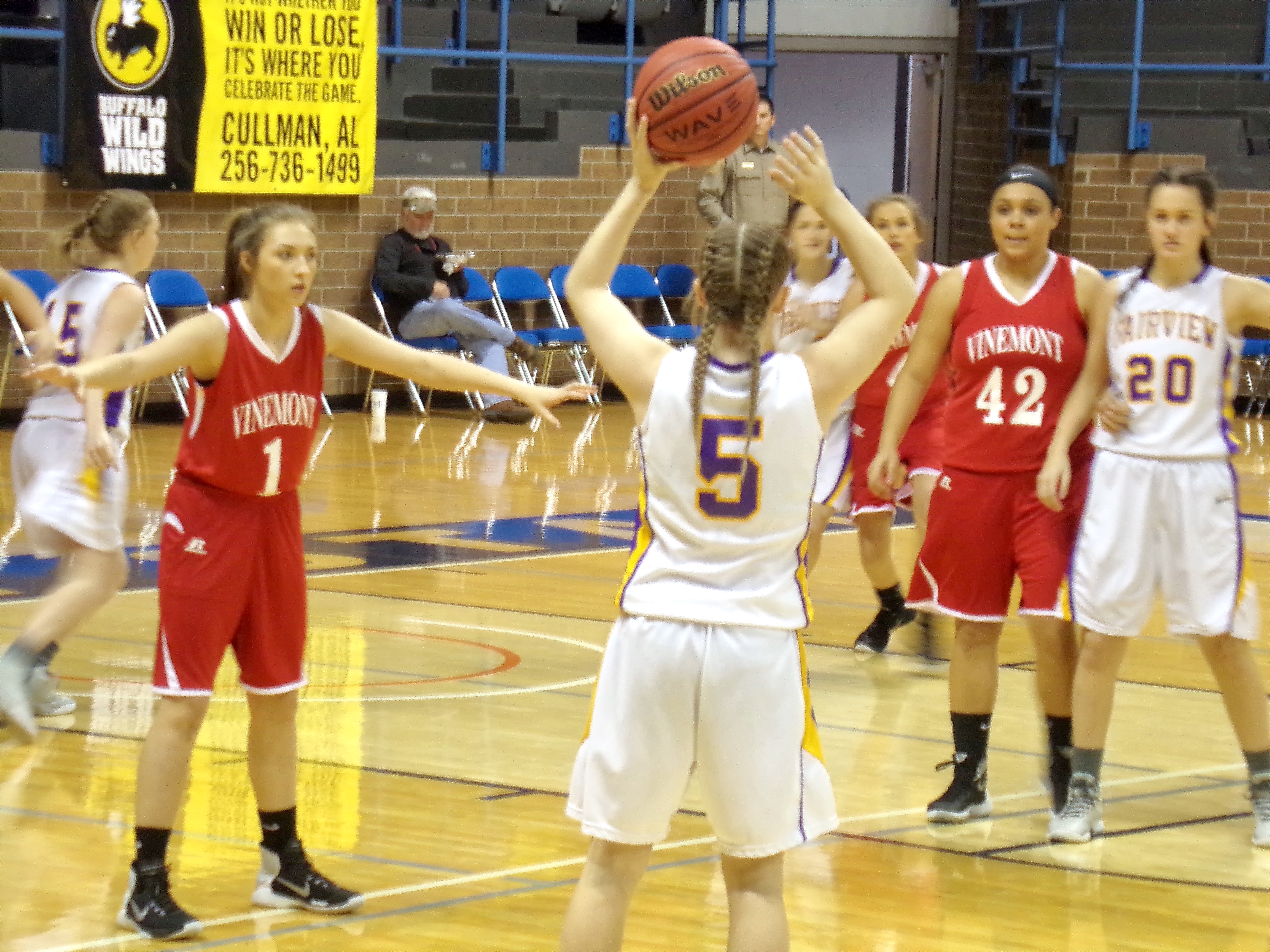 HANCEVILLE – Six junior varsity games to open the 2017 edition of the Cullman County Basketball Tournament Saturday at Tom Drake Coliseum were dominant performances by the winners.

Each who was victorious in the quarterfinal round did it by a double-digit margin. Only two of the six were close at halftime, with the other four being well in control when the winning team departed for the locker room at intermission.

The tournament tipped off at 1 p.m. and ended at 7:59 p.m. with each assignment getting started at the time the games were set. This was pleasing for many, with a second round of thunderstorms forecasted to invade Cullman County later in the night.

Game 1 — West Point JV Girls 38, Good Hope 20
Fourth seed West Point ran out to a 20-8 lead after the first quarter and was able to keep fifth seed Good Hope at arm's length. The Lady Warriors were ahead 24-14 at the break and 31-17 following the third period.

Good Hope got six points each from Emily Speegle and Haley Runge while Abby Neighbors scored four and Savanna Burney and Alex Stansell had two each.

Leading Vinemont was Katch Johnson with 10, Conner Handley and Hudson Woods six each, Trey Boland and Blake Ray with four each.

Game 3 — Holly Pond JV Girls 36, Hanceville 21
Holly Pond was tested by Hanceville for the first half with the Lady Broncos only up 17-13 when the half ended.

The game was controlled by Holly Pond in the second half, with an 11-5 run in the third to open the advantage to 28-18, and built the final margin to 15 by an 8-3 spurt in the fourth quarter.

Hanceville was right on the heels of third seed Holly Pond for the first half, trailing 22-16 at intermission.

The Broncos used an 18-6 advantage in the third to get breathing space, opening the lead to 40-22.

Holly Pond kept Hanceville from scoring in the final period and added a field goal to complete its scoring, winning by a margin of 20 points.

It was 35-9 Fairview following the third.

Isabella McGukin delivered 11 to the winning total with 10 being scored by Daisy Manasco, nine from Peyton Golden and Katie Ball, Taylor Vincent and Maddie Yeager two each. Ball had six assists and five rebounds from her point guard position.

Matt McDonald ripped the cords for 19 on 8-of-11 field goals, two from 3-point territory, and one free throw.