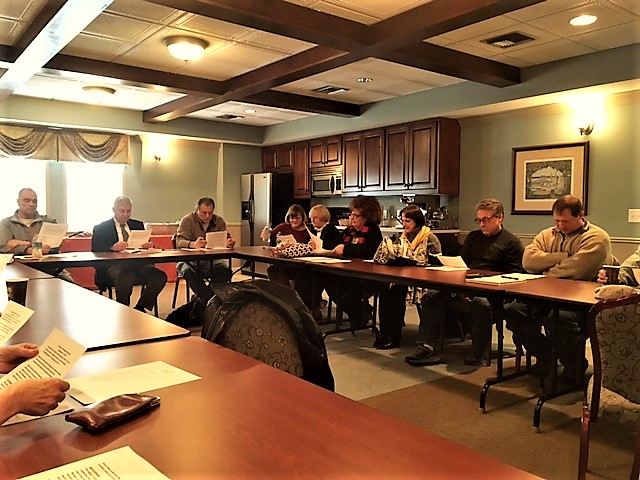 For those who may not be familiar, FoF is a group which, by its own definition, is "devoted to maintaining and encouraging cultural exchanges and personal relationships between Cullman, Alabama and Frankweiler, Germany."  Frankweiler is the birthplace of Cullman's founder Johann/John Cullman.

The Tribune sat down with FoF President Ernest Hauk for a little background.

There is a corresponding organization in Frankweiler, the Friends of Cullman.

Asked about the purpose of FoF, Hauk responded, "Basically, our sole purpose is to keep our German heritage alive and keep our history alive.  It's very much equated, I think, to family history; and when you talk about your grandparents or your great grandparents, or things of this sort.  It's set up to keep Cullman from losing its German identity, with where we came from."

Hauk continued, "During the year, we meet and have a few social activities.  Occasionally, someone from Frankweiler will come to the states, and we will all gather and greet, and spend some time with them.  If someone from Cullman goes to Germany and can get to Frankweiler, they reciprocate.  We have been on an alternating schedule where, every four years, the people of Cullman go to Frankweiler; and in the interim (the second year between trips) people from Frankweiler will come here."

Hauk shared, "A couple of years ago, both of us started sending young people; a young man from Cullman went to Frankweiler year before last, and this last summer two girls from Frankweiler came to Cullman."  This is a two-week program.

At the January meeting, Hauk reported on communication he received from the families of last summer's youth visitors, noting that the students have been giving outstanding presentations in Frankweiler about their experiences.  It was reported that the presentations reflect very well on the city of Cullman.

Hauk also brought news that Cullman's Christmas greetings to the city of Frankweiler had been well-received in the sister city.

At the meeting, FoF also began planning its next big project: hosting a small delegation from Frankweiler coming later this year.  According to the rotating schedule, said Hauk, "In 2017, it is time for the people of Frankweiler to come here."  This could be a big thing for both cities, since this year marks the 30th anniversary of the twinning.  Susan Hauk, Julie Burks and Elaine Fuller were appointed to form an entertainment committee.  The schedule for that visit has not yet been finalized, and FoF will be working with the mayor's office to plan the anniversary celebration and reception for Frankweiler's delegation.

The next meeting of FoF will be Sunday, Feb. 12 at 2 p.m. at the Cullman County Museum.  The public is invited to attend.  Those interested in the organization can call 256-739-1258, email friendsoffrankweiler.cullman@gmail.com, or visit Friends of Frankweiler on Facebook.