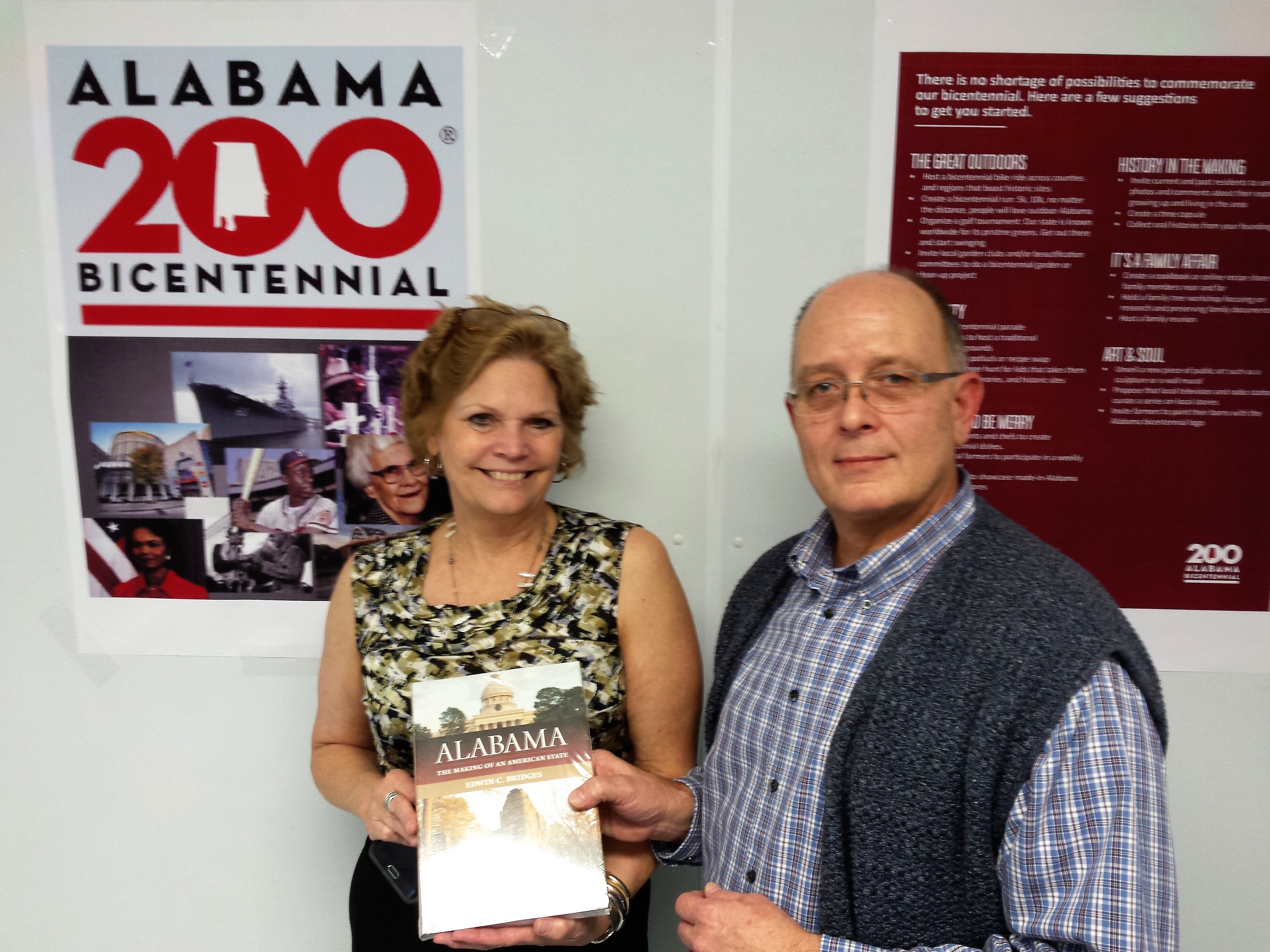 Last week the Cullman Alabama Bicentennial Committee met for the first time to discuss the upcoming state bicentennial. The state is branding it “ALABAMA 200.” State director of the event, Jay Lamar, came up from Montgomery to kick off the planning stages of the multi-year celebration, which starts next year and ends in the actual bicentennial year of 2019.

Chairman of the Cullman committee, Drew Green, shown here with Lamar, has made it a point to involve other organizations that can help prepare Cullman County for its involvement in the event.

The multi-year program kicks off in March 2017, ending on the bicentennial in 2019. Green was appointed by former mayor Max A. Townson and the city council to put together a committee to help organize events and promote the bicentennial. The committee consists of local leaders from the Daughter’s of the American Revolution, Master Gardeners, Scouts, area schools and the Cullman Area Chamber of Commerce, along with various members of local governments and other concerned parties.

After careful consideration, Green included people who are involved in more than one area of interest.

“We need to get the message out to as many people as possible,” he explained. “We want to involve as many groups and people that are interested in participating as we can.”

Sen. Arthur Orr, R-Decatur is the state chairman of the Bicentennial Commission.

Executive Director of ALABAMA 200 (the state’s official bicentennial commemoration) Jay Lamar came to the Cullman committee’s first meeting and was very enthusiastic in sharing with them her thoughts and ideas.

“She presented us with a newly published book by Edwin C. Bridges, ‘Alabama: The Making of an American State.’ The plans are to build up to the December 2019 bicentennial. We will incorporate annual events like the April walking tour, Oktoberfest and other events throughout the year,” said Green.

“The Master Gardeners are discussing creating a garden with plants that would have been around 200 years ago,” he said. “The state committee has an excellent group of educators who are putting together ideas to include the bicentennial into the school curriculum.”

Other ideas under discussion are a bicentennial run, a special art project such as a bicentennial sculpture and a book to be used as a "common read."

According to Green, there will be a traveling bicentennial exhibit that is supposed to be in each county sometime during the celebration.

“Also, the Alabama Family History and Heritage Project will be focusing on collecting, digitizing and preserving genealogical sources,” he continued. “Each community will be celebrating in ways unique to that community.

“As the committee chair and especially with the help of the other committee members we are trying to facilitate involvement, initiate and complete the projects to celebrate the bicentennial,” he explained. “This may take the form of contacting groups or people to participate, coordinating the schedule so the events/projects are spaced out and not in conflict, getting funding for projects through grants and local business and community support.

“The ALABAMA 200 mantel covers so much of the state and its history,” he said. “After our first informal meeting with Ms. Lamar it is my hope that seeds were planted and our next meeting in mid-January will have its fruition in ideas for Cullman's participation in the bicentennial.”

Green recommends that anyone wanting to know more about the events surrounding the bicentennial visit the state tourism website, which provides a wealth of general information about the overall project: www.alabama200.gov

Watch for further information about ALABAMA 200 on the Cullman County Museum's Facebook page at  https://www.facebook.com/cullmancomuseum.