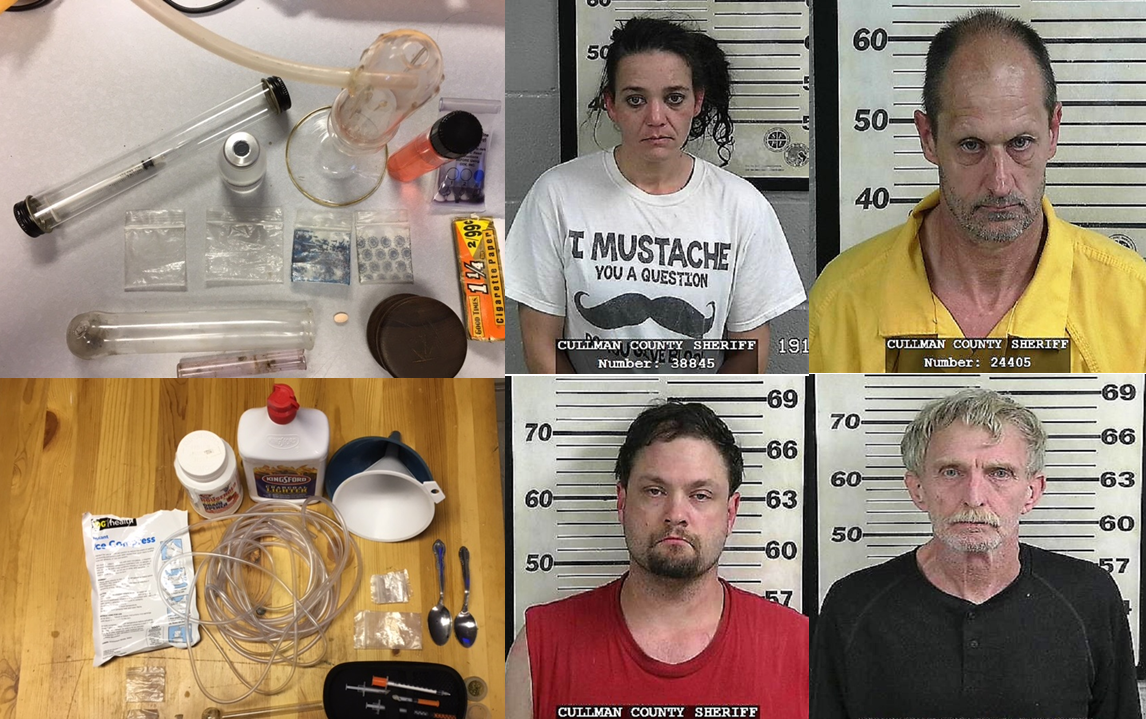 The first incident occurred in the Crane Hill community on Nov. 30, when agents executed an arrest warrant at the home of Jack Albert Brown, 39. Once inside the suspect’s home, CNET located an active meth lab.

Arrested at the scene were Jack Albert Brown and Wendy Gail Brown, 34, of Crane Hill. Gregory Eugene Turner, 50, of Addison fled the scene, but was later located and arrested.

All three suspects are being held in the Cullman County Detention Center, each on a $1 million bond.

The second incident occurred in the community of Battleground on Dec. 1 when CNET agents, investigating a drug complaint, searched the residence of Douglas John Kuhn, 63, of Vinemont. In the search, agents located 19 grams of liquid methamphetamine.

“I am glad the terrible drugs found at these residences are off the streets so they won’t be able to destroy families and people’s lives,” said Cullman County Sheriff Matt Gentry.  “I would like to thank the CNET agents for their work this week in arresting these suspects.”