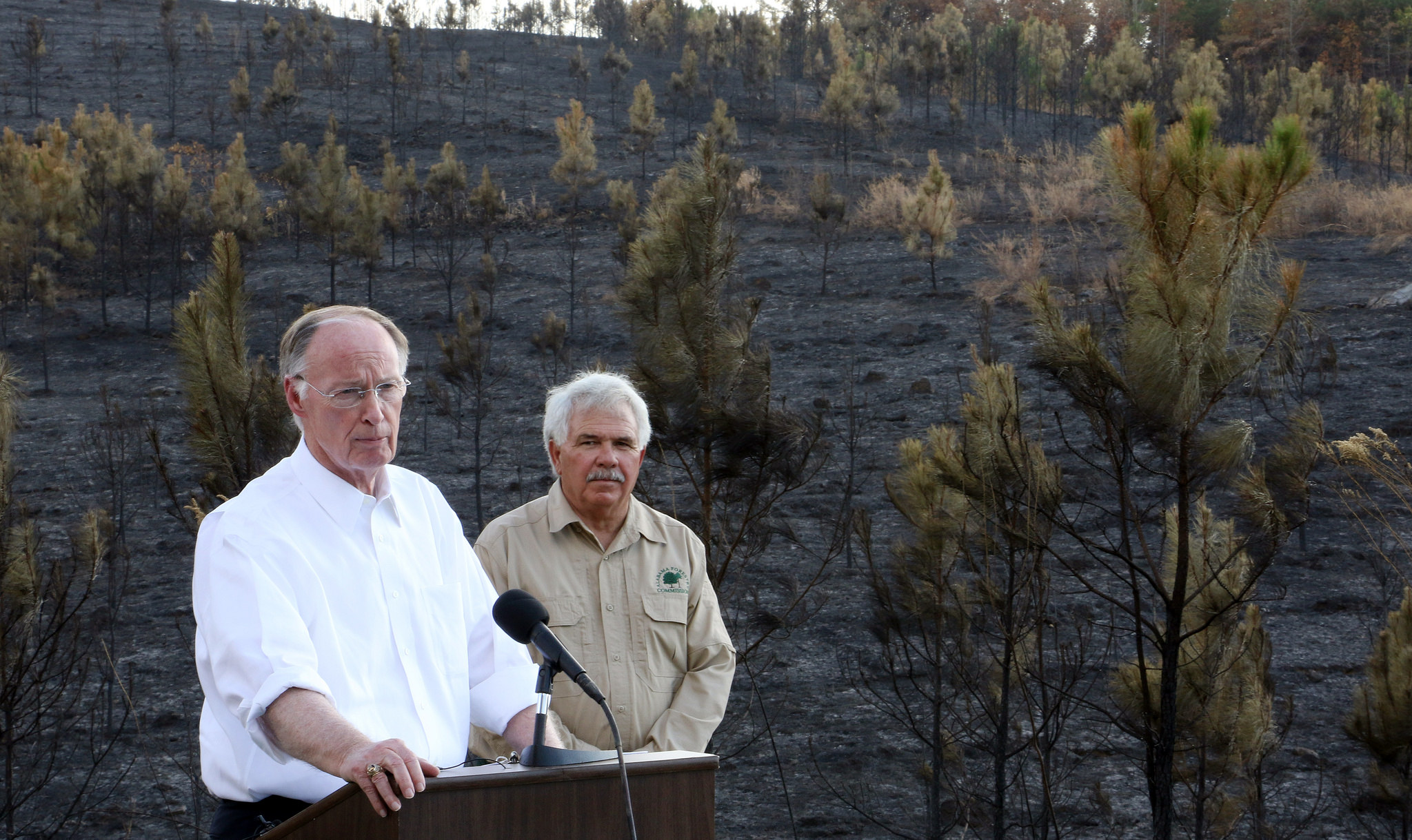 MONTGOMERY – The statewide drought emergency ‘No Burn’ order declared by Gov. Robert Bentley in early November will remain in effect until conditions change sufficiently to reduce the occurrence and frequency of wildfires, according to the Alabama Forestry Commission (AFC). In spite of a nice coverage of rain across much of the state this week, Bentley and officials with the AFC remain cautious.

“We are grateful for the rainfall we’ve received, but because of the severe prolonged drought it is just too soon to lift the ‘No Burn’ order,” explained Interim State Forester Gary Cole. “The winds and lower relative humidity accompanying the cooler temperatures we’re experiencing combine to quickly dry out vegetation, which will increase the probability of dangerous wildfire activity until the next rain event. We’re certainly hoping the weather forecast of additional rain through early next week is correct, and we will re-assess the situation at that time.”

“After seeing the recent devastation in our sister state of Tennessee, we cannot afford to take any risks,” Bentley said. “The bottom line is that Alabama is still in an extreme drought. Until the threat of catastrophic wildfires is considerably reduced, we do not want to be too hasty in making a decision. Several recent wildfires across our state have threatened residential areas, and if not for the efforts of the Alabama Forestry Commission firefighters and volunteer fire departments, we would have lost homes. Their commitment to protecting life, property and wildlife is greatly appreciated.”

“This past Monday 108 active wildfires burned over 3,000 acres across the state, setting a record for one day. This situation was extremely alarming not only because of the unusually high number of fires but also because of their large size,” continued Cole. “It was a nightmarish day and night, stretching the men and women who make up our wildfire suppression resources beyond capacity.”

The drought emergency ‘No Burn’ regulation prohibits all outdoor or open burning statewide. It makes it illegal for any person to set fire to any forest, grass, woods, wildlands or marshes; build a campfire or bonfire; or burn trash or debris. If convicted, the penalty for violating the no burn order is up to six months in jail and a fine of up to $500.

To report persons burning in violation of this law, contact your local law enforcement. For more information on the current wildfire situation in the state, visit the AFC’s website at www.forestry.alabama.gov.