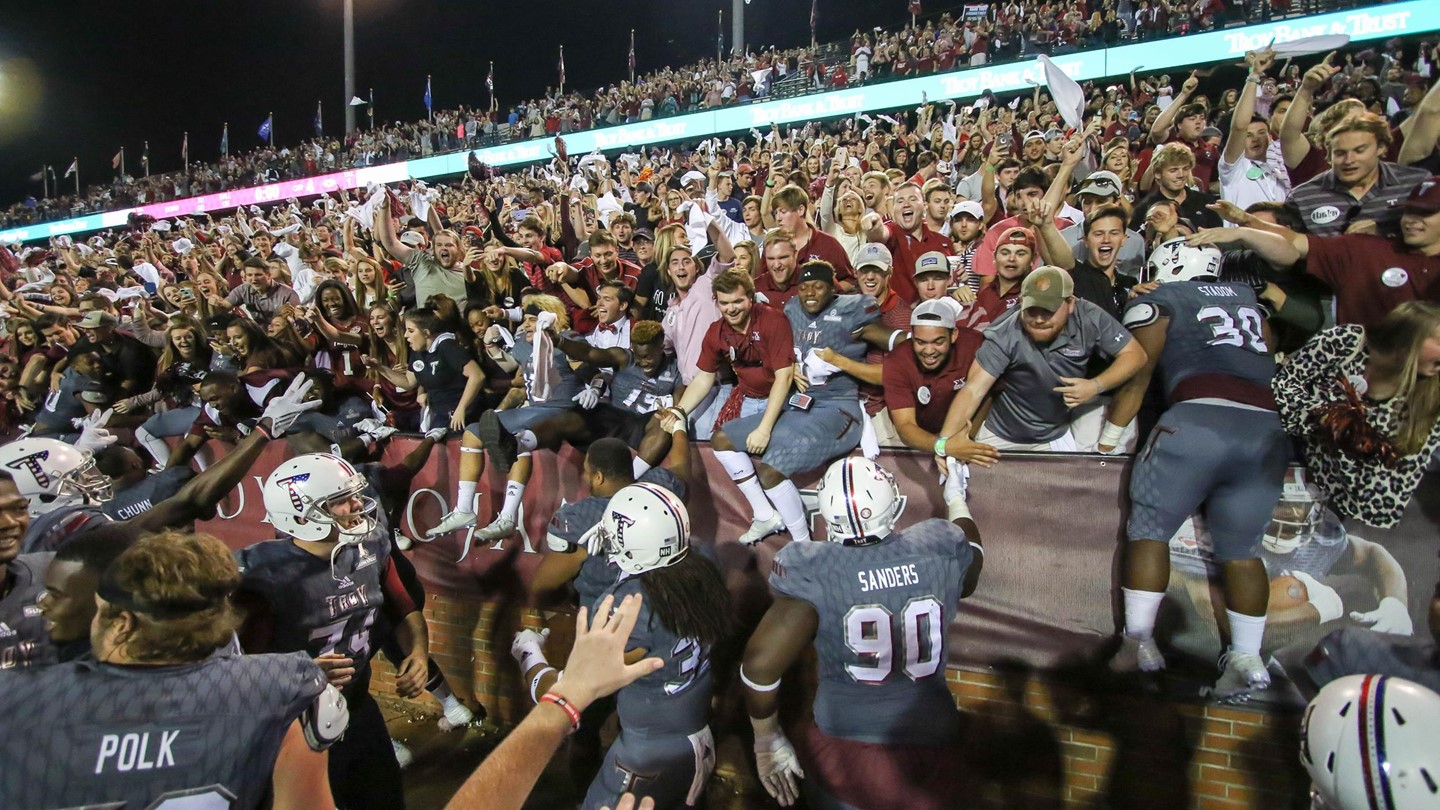 TROY – It is a great time to be a college football fan in the state of Alabama. The Alabama Crimson Tide are the no. 1 team in the country and are the favorite to win their 17th national championship. The Auburn Tigers are currently no. 18 (no. 15 in the College Playoff rankings) and look to garner attention for a good bowl game after starting the season 1-2. But there is another team in our great state making history, the Troy Trojans.

When the latest Associated Press rankings came out Sunday night, history was made as the Troy Trojans sat at no. 25. Not only is it the first time the Trojans have been nationally ranked, it is the first time in the history of the Sun Belt Conference that they have had the honor of having a team ranked in the top 25.

“This is a testament to the hard work of a lot of people within our program, starting first and foremost with our players,” said Trojans head football coach Neal Brown in a press release. “To be the first team in Troy and Sun Belt history to earn a national ranking is gratifying because of the number of quality teams that this league and this program have produced over the years.”

In what could only be called a topsy turvy weekend in college football where three of the top four teams and five of the top 10 programs faltered, Troy finally got the recognition they have deserved the entire year. The Trojans are an impressive 8-1, with their only loss coming in a nail-biter to Clemson, 30-24, who is sitting at no. 5 after falling two spots due to a loss to Pittsburgh.

Troy is averaging 38.4 points per game which is 25th best in the country and better than storied programs like Texas, Auburn, USC, Notre Dame, Nebraska and LSU. They are dispatching opponents by an average of 19.4 points a game, which is easy to do when you are putting up 474 yards of total offense per game. Quarterback Brandon Silvers leads the way with 2,302 yards through the air on 202 completions and 19 touchdowns. Jordan Chunn has been just as impressive on the ground, having already broken the 1,000-yard mark rushing with three games left to play.

Thursday night will be the next time the Trojans suit up for a battle on the gridiron, and coach Brown is calling for support.

“We need the same energy in Veteran’s Memorial Stadium that we had this past weekend as there is no doubt that our fans had an impact on the game,” Brown said in his release.

Troy will welcome the Arkansas State Red Wolves to town as they continue their march toward a bowl game. Kickoff is slated for 8:30 p.m. and will be televised on ESPN.