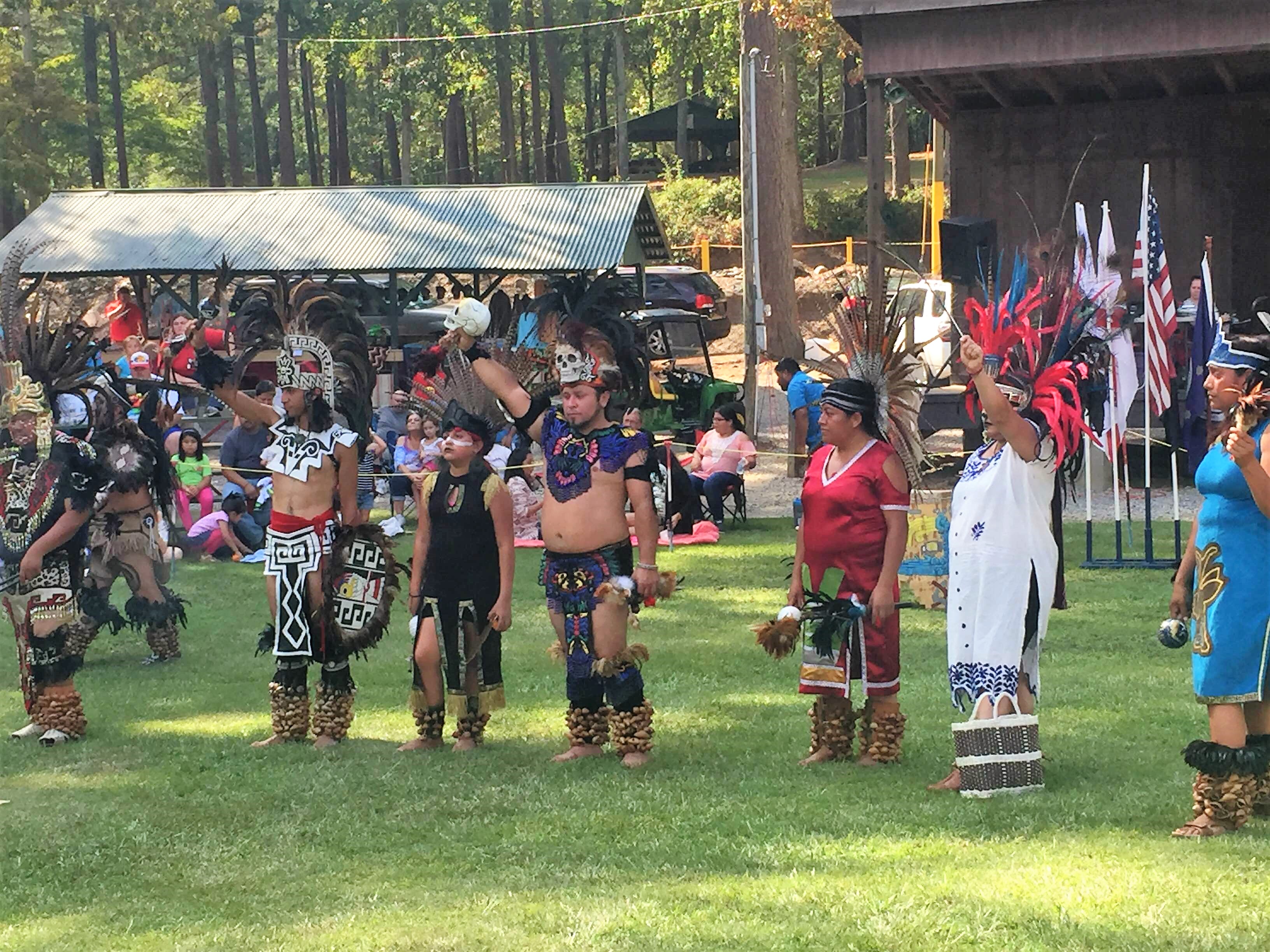 CULLMAN – The 19th Annual Echota Cherokee Festival and PowWow was held at Sportsman Lake Park Saturday and Sunday. From those in beautiful headdresses to the everyday Native American in a T-shirt, people from all over Alabama joined together to celebrate their heritage. “We come out to teach everyone about our heritage, show our kids, grandkids,” said Katie Smith from the tribe, United Cherokee Ani-Yuni-Wiya nation

According to the Chief of the Deer Clan of the Echota tribe, Lucky Bates, the festival started at Sportsman Lake 19 years ago, but has been held many different places since the first festival. They are hoping to make Sportsman Lake their regular meeting place since it is where it all began.

Bates, or otherwise known by his Cherokee name, ‘Grey Wolf,’ said, “The Cherokee Indians had festivals, not powwows, but a festival or ‘gathering’ every clan from the tribe would come together for this gathering, if they wanted to trade items they would trade items. They would just socialize because it’s one big family and that’s the reason for the gathering. We have seven clans from the tribe represented here for the whole festival.”

The two sunny days were filled with many traditional dances, flute music and family-oriented activities. “It’s a family-oriented deal because the Cherokee people were family-oriented people. They didn’t always live together so this was a way for every clan to meet, so that’s what we try to do here,” Bates explained.

Smith’s father, Donald Peterson, said their tribe does drumming, singing and demonstrations at some of the area schools. According to Peterson many of the schools are getting to where they are letting them do a lot more presentations. They have a real teepee that’s been passed down and they set it up and show the kids how the native chiefs lived, how their ancestors lived.

“All of us are one big family that come together, Cherokee, Seminole. This (festival) is what you call our church, other people have their regular church, and this is our church,” claimed Peterson.

An Aztec dance group called Danza Azteca Quetzalcoatl came all the way from Mexico to perform the striking traditional dances. They performed both days and each time they performed the audience was enamored. The Native American culture was honored in a beautiful way through this festival. It teaches this generation a lot about heritage and just how important it is to hold on to it.